And here are the other 5 movies in my list – with other films good enough to be mentioned.

6. Atlantics
“Atlantics” is the first feature film directed by Mati Diop, who is the niece of prominent Senegalese filmmaker Djibril Diop Mambéty and has also been known for acting in several notable films including Claire Denis’s “35 Shots of Rum” (2008). When the movie was shown at the Cannes Film Festival early in this year, Diop made history as becoming the first black woman to direct a film featured In Competition at the festival, and she also won the Grand Prix, which she totally deserved considering her skillful and confident handling of story, mood, and performance in the film. Some of you will probably be caught off guard by what occurs in the middle of its story, but the movie will absolutely make you believe what is going on the screen via its vividly realistic mood and details to be appreciated, and I assure you that its calm but undeniably powerful finale will certainly touch you a lot.

7. Dolemite Is My Name
Craig Brewer’s “Dolemite Is My Name” is a lively and cheerful biographical comedy film which delighted and entertained me a lot. As a sort of cross between Tim Burton’s “Ed Wood” (1994) and Mario Van Peebles’ “Baadasssss!” (2003), it is often hysterically funny for the broad but loving depiction of the rocky production process of one cheap blaxploitation film, and, above all, it also gives Eddie Murphy a golden opportunity to show himself back in his element. While pretty outrageous and uproarious from the beginning to the end, the movie genuinely cares about its characters and what they created while also brimming with more life and personality, and, in my inconsequential opinion, it is surely one of the sweetest and funniest films of this year.

8. The Last Black Man in San Francisco
“The Last Black Man in San Francisco” is a seemingly simple but surprisingly rich and powerful drama packed with mood and details to be savored and admired. Although I must confess that it took some time for me to become more interested in the story and characters, I eventually came to appreciate the intimate portrayal of one touching friendship in the film as well as the sincere presentation of the changing urban landscapes on the screen, and the lingering impression left by the movie still grows on me even at this point. On the whole, this is a sublime ode to San Francisco and its people, and it is certainly the impressive feature film debut by director Joe Talbot.

9. Tigers Are Not Afraid
Mexican film “Tigers Are Not Afraid”, directed and written by Issa López, is a dark fairy tale set between two different kinds of horror. While it gives us a chillingly realistic glimpse into a harsh and brutal world riddled with crime and violence everyday, it also has some creepy moments of supernatural horror, and it is alternatively compelling and harrowing to watch how the movie juxtaposes its stark crime drama with unadulterated innocence and spooky magic realism and then generates several emotionally powerful moments to strike you hard. It is really a shame that the movie quickly fell under radar even though it was praised a lot by Stephen King and, not so surprisingly, Guillermo del Toro, and, if you liked del Toro’s “The Devil’s Backbone” (2001) and “Pan’s Labyrinth” (2006), you should not miss this overlooked gem. 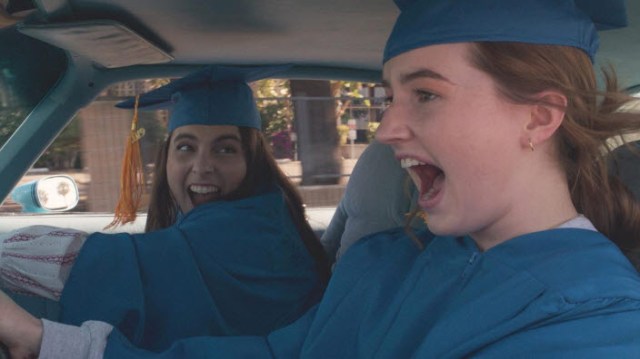 10. Booksmart
“Booksmart” surely deserves to be mentioned along with other recent excellent American adolescent comedy films such as “The Edge of Seventeen” (2016) and “Eighth Grade” (2018). While amused and fascinated to watch a broad but lively and colorful world of American high schoolers, I also happened to see a lot of myself from its two main adolescent characters, and I certainly came to root and cheer for them a lot around the end of their wild nocturnal adventure. In short, director/writer Olivia Wilde, who recently impressed us a lot with her gritty performance in “A Vigilante” (2018), gives the exemplary demonstration of another side of her considerable talent, and the result is one of the best comedy films of this year.

Yes, I belatedly watched them, and they are all good (In alphabetical order)
“Capernaum”, “Can You Ever Forgive Me?” “The Favourite”, “Free Solo”, “Happy as Lazzaro”, “If Beale Street Could Talk”, and “Widows”,