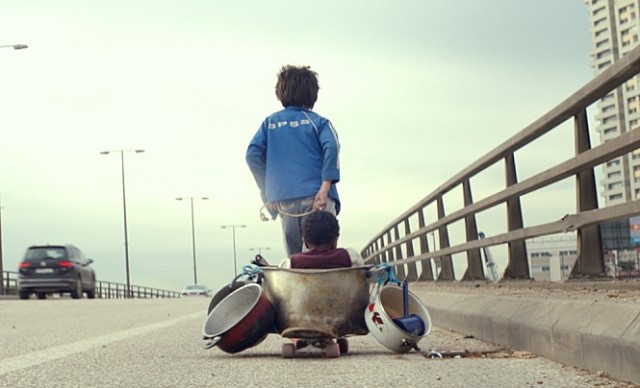 Lebanese film “Capernaum”, which received the Jury Prize at the Cannes Film Festival early in last year and was nominated for Best Foreign Language Film Oscar in this week, is an extraordinary drama about a young little boy struggling in a poor neighborhood of Beirut. As vividly and realistically presenting a harsh and difficult reality surrounding him and others around him, the movie gives a number of powerful moments to remember, and that is more than enough to compensate for its few notable weak aspects.

The early part of the movie shows how life has been pretty hard for a 12-year-old boy named Zain (Zain Al Rafeea) and his parents and siblings, who live together in a small, shabby apartment building located somewhere in a slum area of Beirut. As Zain’s parents do not pay much attention to their children (they do not even have birth certificates for their children, for example), Zain is usually the one who takes care of his siblings, and he also works here and there everyday for earning money for his family.

And then there comes a change he does not want at all. When his dear younger sister Sahar (Cedra Izam) shows a certain sign of maturity, Zain tries to cover that as much as he can, but there is nothing he can do when their parents decide to send her to some older guy to marry her, and what follows after that is one of the most heartbreaking moments in the film.

Feeling quite frustrated and exasperated, Zain decides to leave his family, but, of course, he is reminded again of his hard reality as being alone by himself on streets, and then he comes to encounter Rahil (Yordanos Shiferaw), a young Ethiopia refugee woman who has worked in a small amusement park. Because she has a young baby named Yonas (Boluwatife Treasure Bankole), Zain becomes Yonas’ babysitter while living with Rahil, and he feels a little happier than before as often spending time with Rahil and Yonas.

However, his little happiness does not last long. On one day, Rahil does not return because she happens to be caught by the police for working without a permit, and now Zain must take care of Yonas for himself. While often feeling desperate about their situation, Zain does not give up at all, and we soon see how smart, resilient, and resourceful he is, as watching him trying to earn money by any means necessary. At one point, he willingly lies just for getting food at a center for refugees, and he also tries drug dealing later in the story.

While it is often difficult to watch Zain’s continuing struggle along the story, the movie keeps holding our attention via its raw realism reminiscent of those classic Italian neorealism films in the 1940-50s. A number of real locations used in the film look so vivid with numerous dirty and shabby details shown on the screen that you may often cringe during your viewing, but the movie is also full of the sense of life and humanity, and we come to find ourselves more immersed into the world inhabited by Zain and others around him.

Although the story becomes a little sentimental and unrealistic during its last act which is involved with a legal conflict between Zain and his parents, the movie still maintains its narrative momentum well, and director/co-writer Nadine Labaki, who previously directed “Caramel” (2007) and “Where Do We Go Now?” (2011), handles several emotional highlights during this part with considerable sincerity, honesty, and empathy. While we mostly empathize with Zain, we come to understand his pathetic parents to some degree, and I must say that it is rather amazing that Zain grew up to be a tough but compassionate child under such lousy parents like them.

Furthermore, the movie is anchored well by what is one of the best child performances of this decade. Zain Al Rafeea, a young Syrian non-professional actor who lived a hard life not so far from his character’s before being cast for the film by Labaki, is simply unforgettable in his remarkable natural performance, and he is especially wonderful when he effortlessly conveys to us innocence and vulnerability behind his shabby appearance. While never asking for any pity toward his character, he diligently carries the film on the whole, and, in my inconsequential opinion, he deserves to be compared with Fernando Ramos da Silva in “Pixote” (1981) and Alejandro Polanco in “Chop Shop” (2007).

The other cast members in the film, who are mostly non-professional performers, are also excellent in their unadorned performance. While Yordanos Shiferaw brings gentle warmth to her character, Kawthar Al Haddad and Fadi Kamel Youssef are believable as Zain’s irresponsible parents, and several young performers in the film including Cedra Izam and Boluwatife Treasure Bankole are suitably cast in their respective supporting roles.

In conclusion, “Capernaum” is a superlative piece of work which impresses us a lot with its substantial emotional power generated from its earnest storytelling and superb performances. As a matter of fact, I was not so surprised to notice considerable emotional reactions from the audiences around me during the screening I attended this afternoon, and I am sure that you will be touched as much as them. 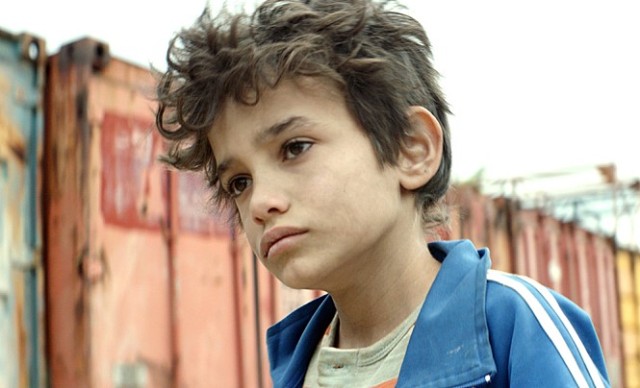 This entry was posted in Movies and tagged Baby, Children, Trial. Bookmark the permalink.