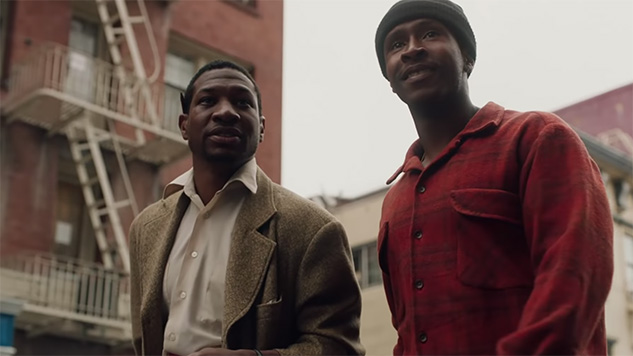 “The Last Black Man in San Francisco” is a seemingly simple but surprisingly rich and powerful drama packed with mood and details to be savored and admired. Although I must confess that it took some time for me to become more interested in the story and characters, I eventually came to appreciate the intimate portrayal of one touching friendship in the film as well as the sincere presentation of the changing urban landscapes on the screen, and the lingering impression left by the movie still grows on me even at this point.

At first, we are introduced to Jimmie (Jimmie Fails) and Montgomery (Jonathan Majors), two African American lads living in San Francisco. As he does not have any other place to stay at present, Jimmie has been residing in a small shabby house belonging to Montgomery’s blind grandfather, and we later see him sleeping along with Montgomery in Montgomery’s tiny bedroom, which looks more like a closet as filled with many stuffs here and there.

As an aspiring playwright, Montgomery searches for any source of inspiration whenever he is not working at a local seafood market, and the movie often gives us small humorous moments from what he observes along with his friend. The opening scene feels rather surreal as showing a group of certain professional workers on a nearby beach area, and then we see a preacher guy who surely has lots of things to say to others passing by him, and then we later see a bunch of young boisterous guys who usually spend time in front of the house of Montgomery’s grandfather.

In case of Jimmie, he has been obsessed with a certain Victorian house located somewhere in a more gentrified neighborhood of the city, and we get to know why he has been clinging on this house, which looks pretty nice with its old but lovely exterior design clearly showing its long history. According to him, this was built by his grandfather not long after he came to San Francisco after the World War II, and he lived there along with his family when he was a kid, but, unfortunately, his parents came to lose the house later due to their poverty and drug problems.

Now the house belongs to a middle-aged Caucasian couple, but that does not deter Jimmie at all, and Montgomery is willing to assist his friend. They routinely go to the house for fixing or decorating the exterior of the house bit by bit, and this action of theirs is understandably not welcomed much by the current residents of the house. At one point early in the film, a few pieces of croissant are hurled at Jimmie and Montgomery, and that is surely one of the most amusing moments in the film.

Anyway, due to a rather unspecified financial matter involved with family conflict, the current residents of the house subsequently have to leave the house, and Jimmie and Montgomery see an opportunity when they come to learn that the house may remain empty for an indefinite period. After they get Jimmie’s old family furnitures from Jimmie’s aunt who has stored them for years, they promptly move into the house and then begin to squat there. While they look around the gorgeous interior of the house which features numerous interesting things including an old pipe organ, we can clearly sense why Jimmie has been fixated on the house, and it is often touching to see how he takes care of the house with genuine care and pride. 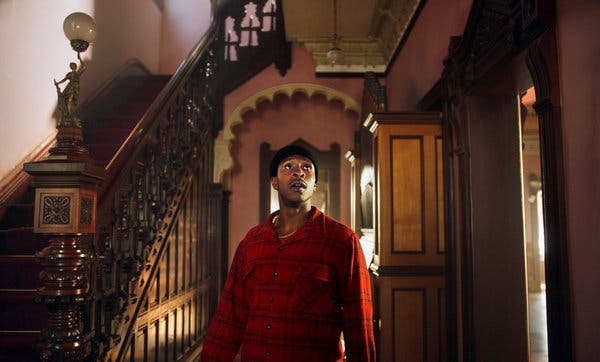 As they spend more time in the house, Jimmie and Montgomery become more comfortable with their new place, but, of course, they soon come to face the reality. While we are not so surprised to see what happens once the house is officially put on sale later in the story, we gradually come to discern what Jimmie does not want to admit from the beginning, and there eventually comes a moment when Montgomery attempts to make his friend face the truth via his play performed at the house.

Patiently taking its time in establishing the story and characters, the screenplay by director/co-producer Joe Talbot and his co-writer Rob Richert, which is based on the semi-autobiographical story written by Talbot and his lead actor Jimmie Fails, fluidly moves from one small episodic moment to another while never losing the focus on its two main characters. Thanks to cinematographer Adam Newport-Berra, the movie is constantly filled with the vivid sense of locations and people, and I particularly like several glimpses of human eccentricities shown in the film, which is exemplified well by a brief conversation scene between Jimmie and an old man who does not seem to mind being naked at a public spot.

Fails and his co-star Jonathan Majors are engaging to watch with their natural chemistry on the screen, and the movie also allows a number of supporting performers to have each own moment to shine. As Montgomery’s grandfather, Danny Glover is reliable as usual, and several other notable performers including Rob Morgan, Tichina Arnold, Mike Epps, and Finn Wittrock are also equally fine in their respectable roles.

Overall, “The Last Black Man in San Francisco”, which deservedly won the U.S. Dramatic Directing Award and the Special Jury Award when it was shown at the Sundance Film Festival early in this year, is a sublime ode to San Francisco and its people, and it is certainly the impressive feature film debut by Talbot. As many others already said, this is indeed one of the best films of this year, and it will be very interesting to see what may come next from this evidently talented filmmaker. 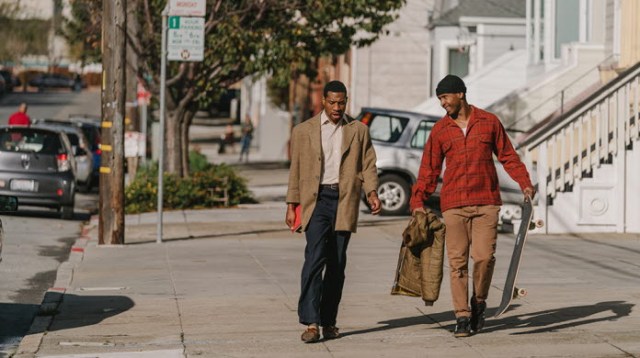 This entry was posted in Movies and tagged City, Friendship, House, San Francisco. Bookmark the permalink.