Chinese film “An Elephant Sitting Still”, which won the FIPRESCI Award when it was shown at the Berlin International Film Festival early in last year, is filled with the glum sense of despair and hopelessness throughout its nearly 4-hour running time. While this is surely a tough stuff which can be very demanding and depressing for many of you, it will gradually immerse you into the gray melancholic world inhabited by its four main characters once you show some patience, and its stark gloominess will linger on you for a while along with a bit of humanity glimpsed from the screen from time to time.

The story is mainly set in one urban area of Jingxing County, a region located in the southwest of Hebei province, China. When we see Wei Bu (Peng Yuchang) around the beginning of the film, this adolescent high schooler is about to begin another day of his shabby daily life, and the movie slowly reveals some personal details of his as the camera steadily sticks around him. While he is not a very good student, he is not particularly close to his parents, and his father does not have anything good to say to him while being quite drunk and very bitter about his current state.

At his high school, Wei Bu tries to help his close friend deal with a bully, who is quite pissed about getting his smartphone stolen some days ago. He thinks Wei Bu’s friend stole his smartphone, so he bullies Wei Bu and Wei Bu’s friend along with his cronies, and a very serious consequence follows when Wei Bu and the bully later come to clash with each other. 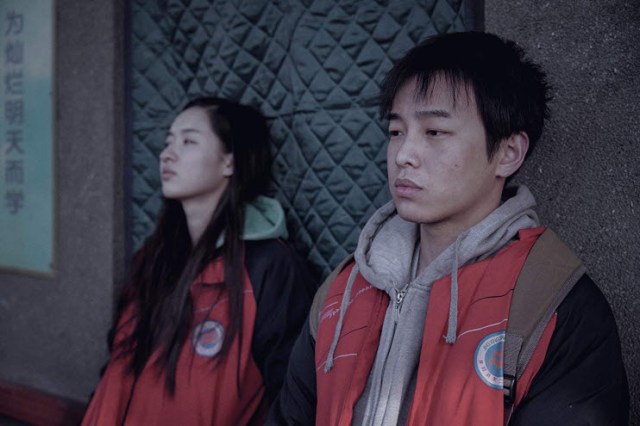 Subsequently trying to find any possible way to run away from the police, Wei Bu suggests to his girlfriend Huang Ling (Wang Yuwen) that they should leave together for Manshouli, a city located on the border with Russia which, according to a tale told to us at the beginning of the film, has an elephant that simply sits still and ignores the world. While it is apparent that she cares about Wei Bu, Huang Ling is not so eager to leave along with him, because, though she certainly wants to get out of their depressing world, she is more practical and world-wearier than her boyfriend, and there are some personal matters she has to deal with. She has been quite frustrated with her mother who does not show much love or affection to her while being busy and tired as usual, and she also has been in an inappropriate relationship with an older guy who is incidentally the vice principle of her high school. She knows well that what has been going on between her and that guy is wrong, but she does not refuse him because, as she admits later in the movie, she feels loved and comforted a bit while spending some time with him

Wei Bu is soon pursued by Yu Cheng (Zhang Yu), a local hoodlum who is that bully’s older brother but is not particularly interested in vengeance due to his messy personal circumstance. During his first scene in the film, he wakes up in a small apartment belonging to a woman who turns out to be his best friend’s wife, and then there comes a tense, awkward moment when her husband happens to drop by her apartment. I will not describe in detail what eventually occurs at the end of this scene, but I can tell you instead that I admire how the movie succinctly delivers its sudden dramatic impact while firmly sticking to its restrained approach.

Feeling remorseful about the consequence of his unwise action, Yu Cheng tries to reconnect with his ex-girlfriend when they happen to come across on a street, but he only finds himself more miserable and despaired as she remains frigid and adamant in front of his petty blame on her. Simply staring at them for several minutes without any interruption, the handheld camera of cinematographer Fan Chao subtly conveys to us the quiet emotional intensity surrounding them, and the result is one of the most powerful moments in the film. 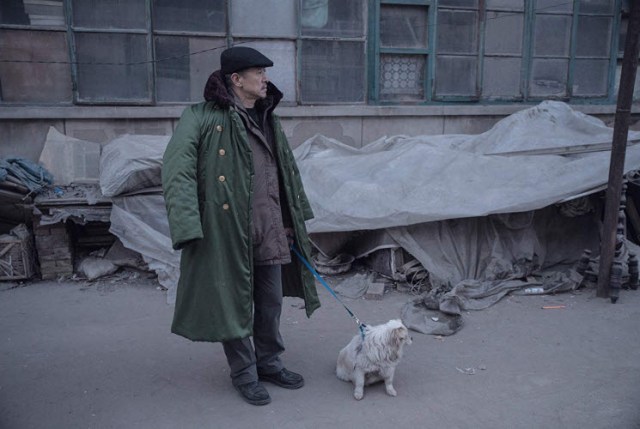 In the meantime, we also observe an old pensioner named Wang Jin (Liu Congxi), who will probably be sent to a nursing home by his daughter and her husband for an economic matter associated with their little daughter’s education and welfare. He tries to go on as usual along with his pet dog, but then there comes a very unfortunate incident involved with some stray dog, and then he finds himself getting involved with Wei Bu by coincidence.

It is not much of a spoiler to tell you that these four main characters of the film eventually converge on a certain narrative point later in the story. As leisurely rolling them along their respective plot courses, the movie takes its time to get us absorbed more into its realistic atmosphere and background, and we come to sense and understand more of its main characters’ despair and frustration even though they are initially presented as figures rather distant to us. During its very last scene, the movie merely observes from the distance, but then it catches us off guard via its sublime final touch, and we are touched by the resulting poetic impression.

On the whole, “An Elephant Sitting Still”, which is the first and final film of director/writer/editor Hu Bo (He committed suicide at the age of 29 shortly after completing the film in 2017 October), requires considerable patience from you for good reasons, but it is a solid work to be admired for its mood, storytelling, and performance, and I recommend you to give it a chance someday. Yes, the movie is pretty long to say the least, but I am reminded of what my late friend/mentor Roger Ebert used to say: “No good movie is too long and no bad movie is short enough.” 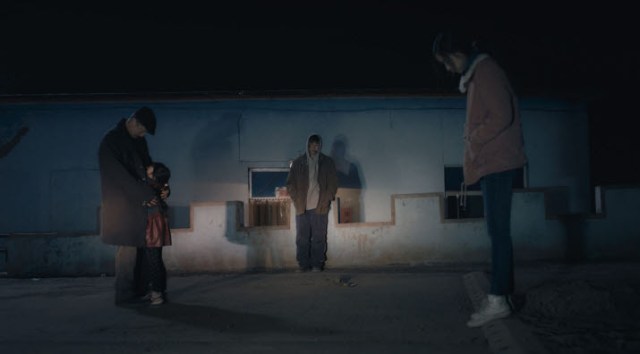 This entry was posted in Movies and tagged Drama. Bookmark the permalink.