Ari Aster’s second feature film “Midsommar” is one hell of horror film. Alternatively unsettling and spellbinding from the beginning to the end, the movie dexterously lures us into the weird and disturbing circumstance surrounding its main characters, and then it serves us a series of bizarre moments which are not only striking for sheer terror and madness but also morbidly entertaining for a dark, vicious sense of humor.

During the prologue sequence, we are introduced to Dani Ardor (Florence Pugh), a young college student who becomes quite concerned about one of her close family members after receiving a rather unnerving e-mail on one cold winter day. As time goes by without any success in her continuing attempt to find what is really happening, her fear begins to grow second by second, and there eventually comes an utterly devastating moment of loss and grief you should see for yourself.

Several months later, Dani looks a bit better on the surface, but she is still struggling with her grief over what happened on that terrible day, and her boyfriend Christian (Jack Reynor) does not help her much although he has stayed around her despite their increasingly estranged relationship. As already shown to us during the prologue sequence, he and his friends have been planning a travel to a commune located somewhere in the Northern region of Sweden, but he has not told anything about that to Dani yet, and the mood becomes quite awkward between them when Dani accidentally comes to learn of that while spending some fun time with Christian and his friends.

Anyway, Dani subsequently decides to go to Sweden along with Christian and his friends, and we soon see them arriving at a remote spot in the Northern region of Sweden. Although feeling a bit more relaxed than before, Dani cannot help but conscious of an alien environment surrounding her and others, and then she experiences something alarming not long after she and others ingest a certain kind of hallucinogenic substance.

While Dani remains to be disturbed by her hallucinogenic experience, she and others eventually arrive in that commune in question, and they are sweetly welcomed by the commune members, who are about to begin their big traditional summer festival. During next several days, these people will go through a number of rituals based on their own pagan belief, and, as graduate students majoring in anthropology, Christian and his friends are quite eager to observe these rituals and other cultural elements of the commune.

When the festival begins on the next day, everything seems to be joyful and peaceful in the commune, but the movie steadily accumulates the sense of fear and dread beneath its bright and sunny atmosphere. There is a calm but unnerving moment as the camera slowly moves across to reveal something rather uncomfortable step by step, and then we later see a certain commune member in deformed appearance, and there is also a big triangular wooden building, which outsiders are not allowed to enter at any chance.

As noticing these and other odd things in the commune, Dani becomes more nervous day by day, but Christian and his friends are willing to stay more in the commune – even after they are quite shocked by what happens during one of the festival rituals. As he becomes more interested in the cultural aspects of the commune, Christian becomes more distant to Dani, and we are not so surprised when he seems to be seduced by one of young female commune members. 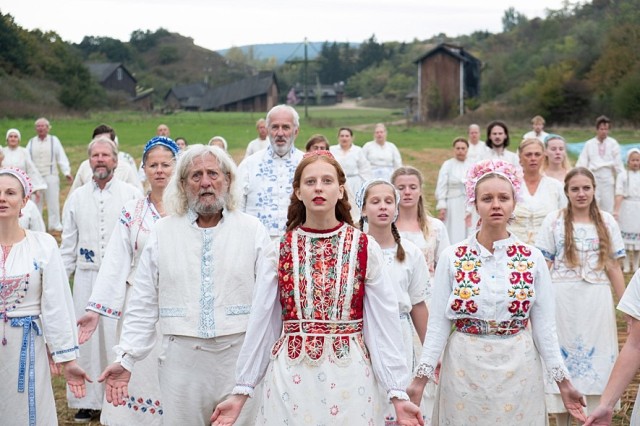 Under Aster’s confidence direction, the movie keeps holding our attention as relentlessly pushing its story and characters toward the inevitable finale, and its technical aspects are superlative to say the least. While the editing by Lucian Johnston, who previously co-edited Aster’s debut feature film “Hereditary”, is precise and impeccable, the cinematography by Pawel Pogorzelski, who also worked in “Hereditary”, is often stunning for fluid camera movement and meticulous scene composition, and the score by the Haxan Cloak is effective while bringing some extra creepiness to the screen.

Above all, the movie depends a lot on the talent and presence of Florence Pugh, a wonderful British actress who drew our attention via her diabolical breakthrough turn in “Lady McBeth” (2016) and then has showed more of her versatility in BBC TV miniseries “The Little Drummer Girl” and family comedy drama “Fighting with My Family” (2019). Thanks to her strong performance here in this film, her character’s gradual descent into fear and madness along the story is constantly engaging even when we observe that from the distance, and she is also supported by well by a number of good supporting performers including Will Poulter, William Jackson Harper, and Jack Reynor, who does not flinch at all from whatever is demanded by his role.

On the whole, “Midsommar” is another impressive genre work from Aster, and its commendable overall result confirms to us again that he is indeed a very talented filmmaker who really knows how to engage and terrify us. Although its running time is a little too long (147 minutes), I was never bored while appreciating its rich mood and details a lot, and it looks more amusing as I reflect more on its numerous morbid moments including the one featuring a truly deranged case of empathy. In short, this is another very interesting horror film of this year, and I wholeheartedly recommend it to you if you are looking for any good horror film to watch. 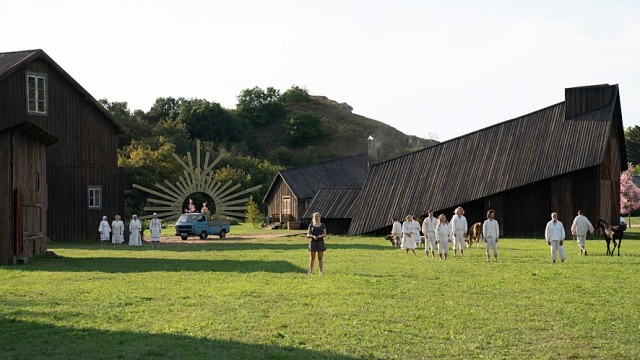 This entry was posted in Movies and tagged Commune, Grief, Horror. Bookmark the permalink.