“Hustlers” is a sexy and engaging crime drama film to be savored and appreciated for good reasons. While wisely avoiding pitfalls of sensationalism and exploitation, the movie is buoyed by a bunch of colorful performances to admire, and it is even a bit poignant as never losing the focus on the strong relationship between two female characters at the center of the story.

The story, which is based on New York magazine’s 2015 article “The Hustlers at Scores” by Jessica Pressler, is mainly told through Destiny (Constance Wu), a young Chinese American woman who begins to work in a popular strip club of Manhattan in 2007 for supporting herself as well as her dear grandmother. The club is always full of male clients willing to pay her and other strippers in the club, but she still does not earn as much as she hopes, and she certainly envies a senior stripper named Ramona (Jennifer Lopez), who is older than many of strippers in the club but, as shown from her stupefying entrance on the stage, knows quite well how to mesmerize and seduce those horny guys coveting her body.

By coincidence, Destiny later spends some brief time with Ramona, and Ramona comes to take Destiny under her wing after they instantly befriend each other. She gladly teaches Destiny not only a number of effective striptease moves but also how to select and approach to certain clients who can pay her a lot, and Destiny cannot help but excited as her life and career are considerably improved within a short period thanks to Ramona’s teaching.

However, their good time does not last that long because Wall Street is subsequently hit hard by the financial crisis of 2007–2008, and, as the number of their clients is accordingly decreased a lot, Ramona and Destiny have to look for other jobs just like many of their fellow strippers. Three years later, Destiny eventually returns to the same strip club where she worked, but she only comes to see how things have gotten worse down there. Many of strippers working there are willing to earn money by any means necessary, and there is a very uncomfortable scene where Destiny has no choice but to do whatever her latest client wants in exchange for money.

Some time later, Destiny comes across Ramona, who has also been back in business for a while. She tells Destiny on how she has earned a considerable amount of money along with her two fellow strippers Mercedes (Keke Palmer) and Annabelle (Lili Reinhart), and Destiny cannot possibly refuse the offer from her mentor/colleague because she desperately needs the money for herself and her grandmother and dear little daughter.

The movie cheerfully and energetically depicts how Destiny, Ramona, and their colleagues work together. Once they catch a potential target, they give him a glass of booze mixed with drugs in advance, and we get an amusing scene where Destiny and Ramona try to get the right mix of two different drugs. After their targets are drugged and taken to their strip club, they extract any feasible credit card from their targets, and they do not hesitate to charge their targets quite a lot because their targets, who are mostly married, are unlikely to report to the police due to shame and fear. 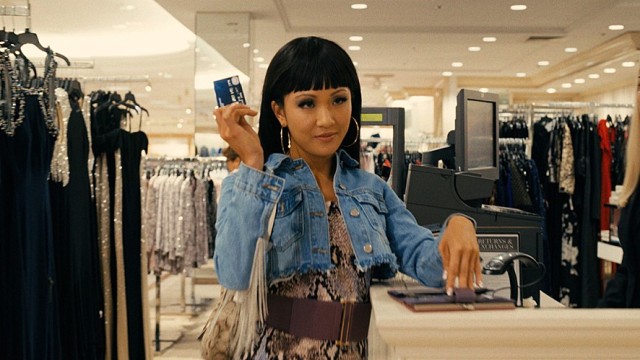 Of course, as implied from the very beginning of the movie, Destiny and her colleagues subsequently come to faces a series of troubles, and the movie accordingly comes to lose some of its lightweight spirit, but the screenplay by director/co-producer Lorene Scafaria, who previously directed “Seeking a Friend for the End of the World” (2012) and “The Meddler” (2015), seldom loses the human dimensions of its story and characters. While mainly revolving around the dramatic development of Destiny and Ramona’s relationship, the movie also pays some attention to a number of female supporting characters around them, and these female supporting characters all come to us as convincing human characters just like Ramona and Destiny.

And the main cast members of the movie carry the movie well on the whole. While Constance Wu, who has been more prominent thanks to her breakthrough performance in “Crazy Rich Asians” (2018), demonstrates more of her substantial acting talent, Jennifer Lopez, who also participated in the production of the film, gives her best performance since “Selena” (1997) and “Out of Sight” (1998), and she and Wu are supported well by a number of talented performers including Julia Stiles, Keke Palmer, Lili Reinhart, and Mercedes Ruehl, who is still as vibrantly no-nonsense as she was in her Oscar-winning supporting turn in “The Fisher King” (1991).

In conclusion, “Hustlers” is fairly entertaining for its solid storytelling and performances coupled with considerable realism, and I particularly appreciate how it presents and depicts exposed female bodies on the screen with enough care and thoughtfulness under Scafaria’s competent direction. While never objectified throughout the film, these sexy and beautiful ladies in the film are certainly strong female characters to remember, and it is certainly compelling to see them in full control of their bodies and sexuality. In the other words, this is another notable feminist film of this year, and I am sure it will be appreciated a lot by many female audiences out there. 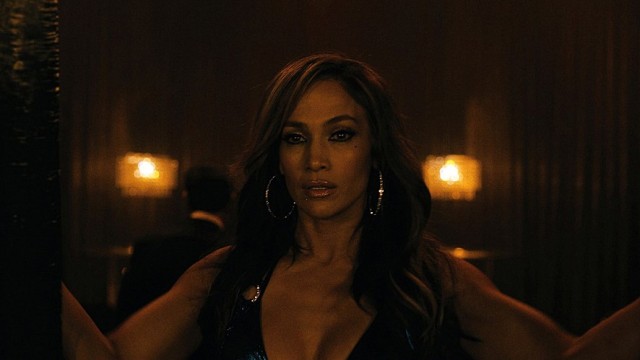