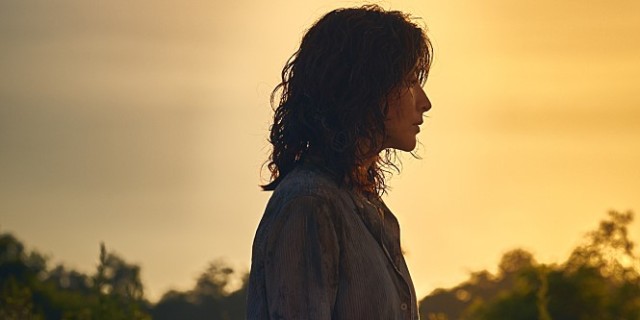 Watching South Korean film “Bring Me Home” is an experience not only unpleasant but also stressful in many aspects. Relentlessly pushing the story and its increasingly desperate heroine into sheer cruelty and brutality from the beginning to the end, the movie surely gives us a number of gut-wrenching moments to shock and repulse us, but it is also often blatant and inconsiderate as coarsely trying to squeeze reactions and emotions from us, and we are only left with bad tastes in our mouth without much reward for enduring this grimly and remorselessly disturbing piece of work.

Lee Young-ae, who was memorable in Park Chan-woo’s “Sympathy for Lady Vengeance” (2005), plays Jeong-yeon, who has been looking for her young son along with her husband since her young son went missing 6 years ago. While she is working in a hospital, her husband, who is a former teacher, spends most of his time on looking for any possible clue which may lead them to their missing son’s whereabouts, but there has not been much progress yet, and there is a silent but awkward domestic moment between Jeong-yeon and her husband as they are reminded of their missing son’s absence again.

And then something happens on one day. When he is trying to make a little forward step for their life, Jeong-yeon’s husband receives a series of text messages about their missing son, so he hurriedly drives his car to a location where their missing son may be found, but, alas, that only leads to a tragic accident which costs his life, and, to Jeong-yeon’s shock and devastation, those text messages later turn out to be nothing but a reckless prank. 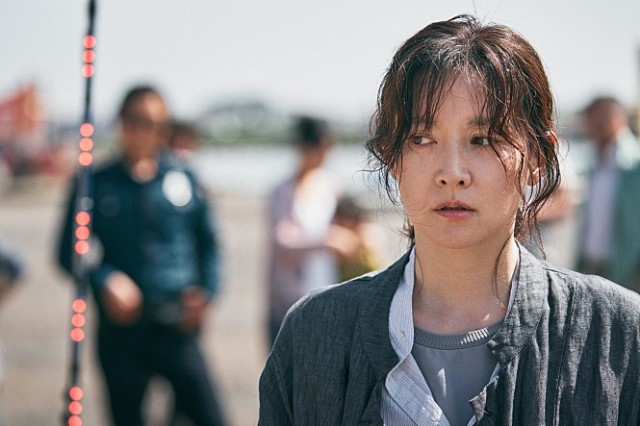 Around that narrative point, the movie introduces to us a young boy living in some remote rural fishing community, who is frequently harassed and exploited by several sleazy adults around him including a local police officer. After the news about the tragic death of Jeong-yeon’s husband is reported on TV, the police officer and his cohorts notice that the boy may be the one for whom Jeong-yeon and her husband have searched, but they do not want to draw any unnecessary attention to what they have been doing to the boy and a younger kid who has also been their captive, so they decide to keep quiet about that.

Of course, as many of you have already guessed, Jeong-yeon later comes to learn about the boy via someone who demands some money in exchange for the information. She soon goes down to that rural fishing community, and it does not take much for her to sense something fishy, but, not so surprisingly, she only comes to find herself against the wall as the police officer, who turns out be a lot more cruel, selfish, and rotten than expected, and his cohorts are quite determined to push her away from their area as soon as possible.

As the mood accordingly becomes more tense, we are served with lots of cruelty and savagery poured upon not only Jeong-yeon but also the boy. For example, you will wince a lot as watching a very painful and disturbing scene where the boy and that other kid are forced to assist a barbaric act of animal hunting, and there is also a repulsive scene where the boy is thrown into a horrific circumstance which any minor should not suffer at any chance.

Regardless of whether the boy is really her son, Jeong-yeon becomes more urged to do the right thing, but then the movie takes a left turn just for pushing her into more despair and desperation. Not so surprisingly, she is consequently thrown into madness during the last act of the film, and then she becomes quite determine to go all the way for what should be done in her viewpoint. 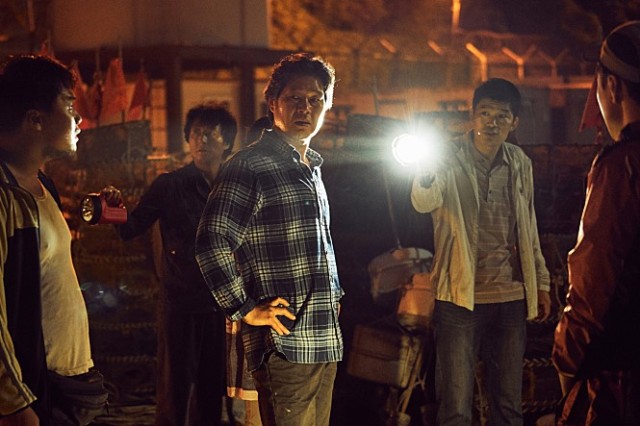 The movie accordingly becomes quite darker and more violent, but, unfortunately, the result is merely repetitious mainly due to its thin narrative and superficial characterization. While Jeong-yeon remains as a clichéd heroine simply defined by her longtime guilt, many of other characters in the film are flat and mediocre on the whole, and those despicable villain characters in the movie are more or less than banal caricatures who seem to exist only for drawing more anger and annoyance from us. As a result, we come to observe its story and characters from the distance without much care or attention, and we become more aware of its heavy-handed handling of plot and characters especially around the finale.

At least, the movie is fairly competent in technical aspects including the excellent cinematography by Lee Mo-gae, and its main cast members fill their respective roles as much as demanded. While Lee Young-ae gives an effective lead performance, Yoo Jae-myung is suitably detestable as the main bad guy of the film, and Lee Won-geun and Park Hae-joon are well-cast as a few decent figures in the story.

Because of several problematic reasons including its weak storytelling as well as numerous unpleasant moments of gratuitous cruelty and violence, “Bring Me Home”, which is incidentally the first feature film of director/writer Kim Seung-woo, is not so worthwhile to watch in my humble opinion. I understand it intends to be as dark and violent as demanded by its uncomfortable subjects, but I would rather recommend “Bedevilled” (2010) and “Miss Baek” (2018) instead. Yes, they are also pretty dark and violent to say the least, but both of them engaged me nonetheless via stronger storytelling and emotional resonance, and I assure you that you will have a more cathartic time with these two films. 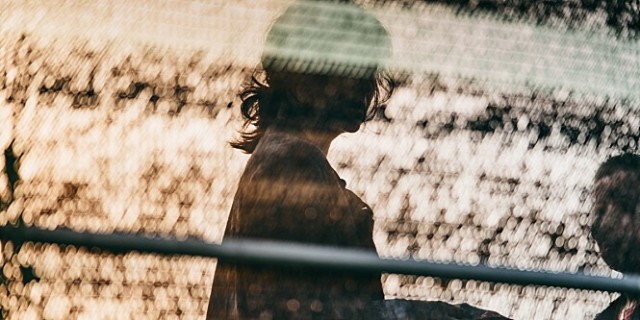 This entry was posted in Movies and tagged Child Abuse, Missing, Mother. Bookmark the permalink.