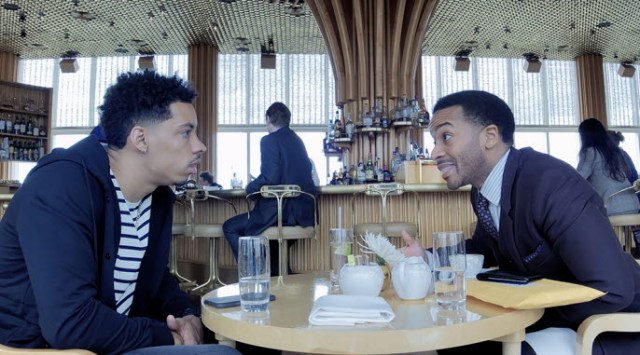 Steven Soderbergh’s latest film “High Flying Bird”, which is released on Netflix today, is a slick and smart drama which makes some clear points on how flawed a major American sports business system has been. While never preachy or didactic at all, the movie gradually lets us get its points as constantly entertaining us with its efficient storytelling and solid performances, and it is surely one of more interesting offerings from Netflix during this year.

The story begins with the conversation scene between a sports agent named Ray (André Holland) and one of his big clients, who has been under a rather difficult financial circumstance due to the ongoing lockdown in the National Basketball Association (NBA). As the negotiation between the owners of NBA basketball teams and the National Basketball Players Association (NBPA) has not been going anywhere during last several months, Erick (Melvin Gregg) and many other NBA rookie players have suffered from their resulting financial stagnation without any game to play, and Erick needs some help and advice from Ray because he recently happened to get unwisely involved with a loan shark.

Anyway, things have been quite bad for Ray and his agency too because the agency has depended a lot on the commission fee from their NBA players clients. When Ray later meets his direct boss, his direct boss implies that Ray may be fired because of this ongoing lockdown, and it is clear to Ray that he must do something for solving this imminent problem. 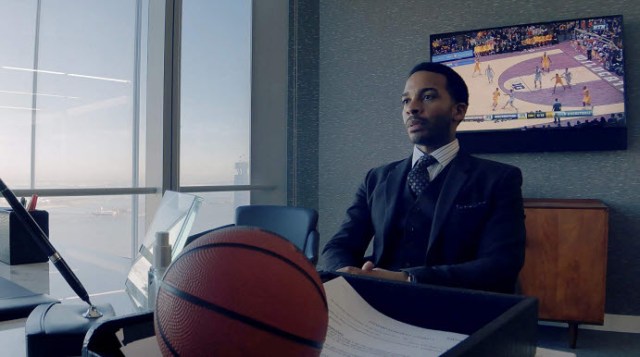 Although it initially seems that there is nothing he can do about the lockdown, Ray slowly begins to make his moves. He meets an old, respectable basketball coach in South Bronx, and he promises to that coach that he will have Erick come to the upcoming local basketball event. He meets his old friend/colleague who also represents NBPA, and he comes to learn a bit more about the stalemate circumstance between NBPA and the owners of NBA basketball teams, neither of whom is particularly willing to step back for ending the lockdown. In addition, he also goes to Philadelphia, and he meets the mother of another prominent rookie member in Erick’s NBA team, who has worked as her son’s manager and agent for good reasons.

And there is also Sam (Zazie Beetz), who is officially Ray’s ex-assistant at present but still sticks to him nonetheless because she knows well that Ray needs her assistance right now. During their little honest conversation, it is pretty apparent that he has depended on her a lot more than he admits to her, but she has already been ready to move onto the next step of her professional career, and he respects that while showing some care and affection to her.

I will not go into details on how all these and other elements in the movie work together in the end because watching that process is the main pleasure of the film. While never hurrying itself at all, the screenplay by acclaimed playwright Tarell Alvin McCraney, who won an Oscar for “Moonlight” (2016), takes its time as gradually accumulating its narrative momentum, and it did a good job of succinctly conveying details and information to us. Even if you do not know much about basketball or NBA, you will get the clear sense of how the system has worked – and how it has also been very unfair to many NBA rookie players out there. 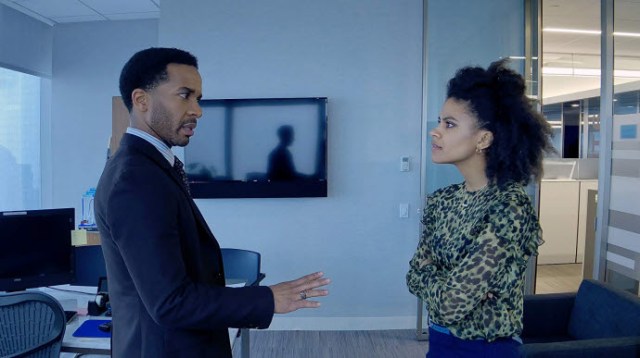 As dryly observing how its hero’s clever plan is executed step by step, the movie provides a number of nice visual touches under Soderbergh’s skillful direction. As he previously did in “Unsane” (2018), Soderbergh, who also unofficially worked as the cinematographer and editor of the film, shot the movie with an iPhone, so the result often feels a bit rough, but its raw quality coupled with flexible camera work is fairly impressive on the whole, and I can tell you that Soderbergh and his crew spent well their small production budget, which was around 2 million dollars.

As the center of the film, André Holland, a wonderful actor who previously collaborated with Soderbergh in TV series “The Knick” and has recently been more prominent thanks to his acclaimed supporting turn in “Moonlight”, ably carries the film with his charismatic lead performance. As smooth and likable as required, Holland dexterously moves from one scene to another, and you will certainly come to cheer for his character when his character’s ultimate goal is revealed during the final scene of the film.

Soderbergh assembles a number of good performers around Holland. While Zazie Beetz, who recently drew our attention via her supporting performance in TV comedy series “Atlanta”, has a juicy fun with her plucky character, Melvin Gregg is effectively earnest in his supporting role, and I also enjoyed the small but crucial supporting turns by various notable performers including Sonja Sohn, Zachary Quinto, Kyle MacLachlan, Glenn Fleshler, and Bill Duke, who surely enjoys himself a lot during several scenes in the film.

Although it is basically another modest technical experiment in Soderbergh’s filmmaking career, “High Flying Bird” is still a well-made piece of work which is both admirable and enjoyable in my trivial opinion. Like its hero, Soderbergh simply wants to shake up things a bit for showing us what can be possible, and that is certainly worthwhile to watch.

This entry was posted in Movies and tagged Basketball, Sports agent. Bookmark the permalink.