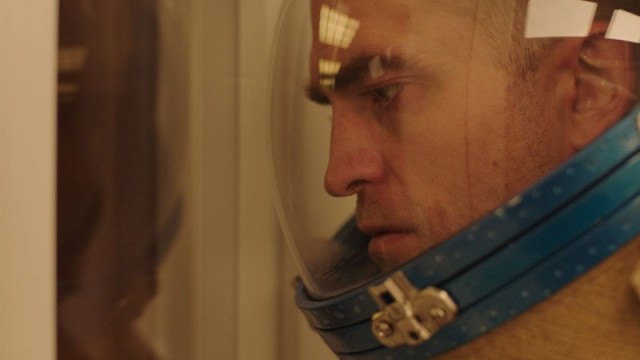 Claire Denis’ new movie “High Life” is a challenging experience which will certainly confound many of you for good reasons. I must confess that I am still wondering whether I really understand everything in the film, but I sort of enjoyed how boldly and fascinatingly the movie challenged me from the beginning to the end, and I came to admire Denis’s distinctive singular vision to some degree even though I observed its story and characters from the distance from time to time.

The movie mainly revolves around a guy named Monte (Robert Pattinson), who was once a criminal prisoner with no particular chance of release in the future but then came to participate in some important but risky space mission along with a bunch of other criminal prisoners under similar situations. Via a spaceship which looks more like a plain rectangular container but can travel at the rate nearly approaching to the light speed, they were sent together to a certain black hole outside the solar system, and they were supposed to do a crucial energy experiment on that black hole after their long space journey which would take more than 10 years at least.

However, things do not look good at all when we see Monte at the beginning of the movie. While the spaceship arrived at its destination, the other crew members of the spaceship were dead, and the only living human in the spaceship besides him is a young female baby of whom he has taken care alone for a while. He tries as much as he can while also concentrating on the maintenance of the spaceship, but, like any other baby around her age, the baby frequently demands his attention, and this will definitely remind you of how difficult it is to bring up a baby alone. 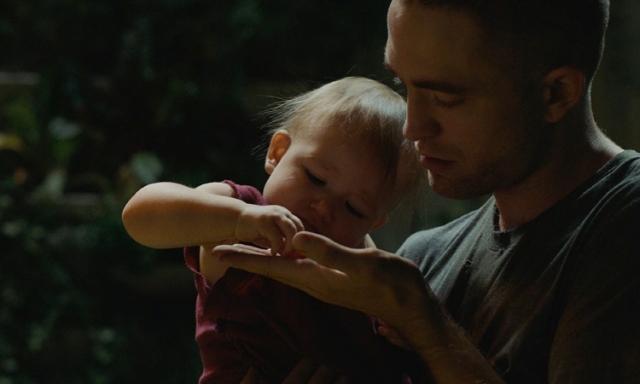 As Monte continues to go through his daily routine, his mind often goes back to a number of past moments including a few glimpses into his rough time before his imprisonment, and there is also a brief expository scene which tells us a bit about the background of the mission. It was clear from the start that Monte and his fellow spaceship crew members were expendable, and they might not be able to return to the Earth, but they agreed to participate in the space mission anyway because, well, it was at least a bit better than being imprisoned for the rest of their life.

During the middle part of the film, a series of flashback scenes show what happened among Monte and other spaceship crew members. Under the strict supervision of Dibs (Juliette Binoche), a former doctor who was incarcerated for her heinous crime, Monte and his fellow spaceship crew members were additionally subjected to an experiment on sexual reproduction in space, and we often see Dibs collecting semen from other male spaceship crew members except Monte, who chose celibacy as much as he could while intensely focusing on the mission.

Maybe because of his evident resilience and determination, Dibs became more interested in Monte, and there eventually comes a morbid and disturbing moment showing how she managed to extract semen from him and then impregnate one of the female crew members in the spaceship. While this is surely quite uncomfortable to watch to say the least, the movie steadily maintains its detached attitude without looking gratuitous at least, and we come to feel alternatively repulsed and fascinated as observing how far Dibs is willing to go for her very twisted purpose. 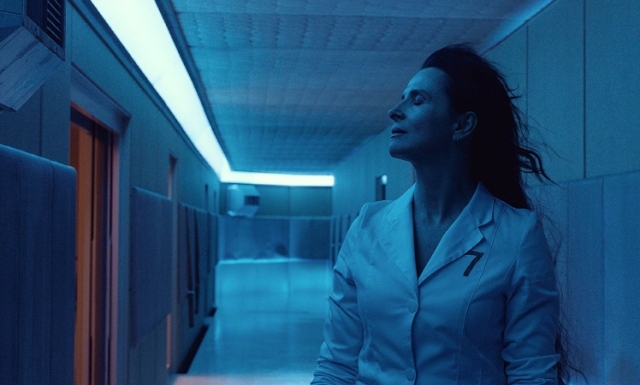 Under Denis’ confident direction, the movie seldom loses its focus even though it keeps hopping from one scene to another in its non-chronological narrative, and she and her crew members including cinematographer Yorick Le Saux did a superb job of generating some sense of awe and mystery to the screen. While several key scenes involved with the black hole may be less awesome compared to what is shown in Christopher Nolan’s “Interstellar” (2014), they are presented with enough skill and style nonetheless, and they made me more absorbed in the movie even while I was not so sure about where the movie was heading.

The main cast members of the movie fill their respective roles as much as required, and some of them leave considerable impression on us. Quite more understated than his electrifying turn in “Good Time” (2017). Robert Pattinson diligently carries the movie with his solid lead performance, and he surely confirms to us again that he is a talented actor a lot more interesting than we thought at first. While Juliette Binoche, who previously collaborated with Denis in “Let the Sunshine In” (2017), is fearless especially when she hurls herself into a sensational scene where her character zealously takes care of her sexual need, Mia Goth and Jessie Ross are fine as other substantial female characters in the movie, and André Benjamin is equally effective as a supporting character reminiscent of Bruce Dern’s lead character in Douglas Trumbull’s “Silent Running” (1972).

In conclusion, “High Life” is definitely not something you can casually watch for fun and entertainment, and I am less enthusiastic about it compared to many other critics, but it is still another interesting work from Denis, who has steadily impressed me and others since her first feature film “Chocolat” (1988). You will be disappointed if you expect something like “Interstellar” or “The Martian” (2015), but it will reward you with indelible mood and visual if you are well aware in advance of what it intends to do as a cerebral arthouse SF movie, so I recommend you to give it a chance someday.

This entry was posted in Movies and tagged Black Hole, SF, Space. Bookmark the permalink.