Netflix documentary film “Knock Down the House”, which received the US Documentary Audience Award when it was shown at the Sundance Film Festival early in this year, introduces to us four different American women who decided to stand against the Establishment after being angry and frustrated with what has been going on in their society during recent years. Although feeling rather flat and unbalanced as often focusing more on the most prominent one in the bunch, the documentary still works as a vivid, intimate glimpse into the ongoing political change inside the American society, and it has some genuinely touching moments to remember.

At first, we meet Alexander Ocasio-Cortez, a young waitress living in New York City. After recommended to a progressive Democratic grass root group by her brother as one of numerous potential candidates for the upcoming midterm US Congress and Senate elections in 2018, she decided to run for the US Congress, but the situation did not look particularly good for many reasons. Because her NYC neighborhood has always supported the Democratic Party, all she had to do was winning the primary election, but her opponent John Crowley, who has occupied his US Congress seat for no less than 14 years, is one of the most powerful figures in the Democratic Party, and he certainly had a lot more resources and supports than her from the very beginning.

Nevertheless, she is not someone easily daunted by such a disadvantage like that, and the documentary shows us how she and her small campaign team prepared for the election step by step. As diligently going here and there around her neighborhood, she and her campaign team succeeded in obtaining no less than 10,000 signatures from her neighborhood residents, and they also tried to draw more attention from the public via social media tools. Eventually, she came to register herself as a candidate in April 2018, but Crowley and his campaign team still did not give much attention, and there is an absurd moment showing a local meeting for the debate between her and a female city council member who came there instead of Crowley.

After handling that moment with considerable grace and confidence, she came to draw a lot more attention and support than before, and she impressed local voters more during her subsequent TV debate with her opponent, but it still seemed her opponent had a better odd for win. As the election day approached, she could not help but show her doubt and nervousness in front of her camera, and she was certainly agitated a lot on the election day.

Although I must point out that the parts showing these three different female candidates are frequently eclipsed by the one showing Ocasio-Cortez mainly due to her current prominent political position, these parts are still fairly engaging at least, and we come to admire Bush, Swearingen, and Vilela as much as Ocasio-Cortez. All of these four ladies are frank and straightforward about themselves while not receiving any donation from those big corporations, and they are certainly refreshing compared to their opponents. At one point, we see them being along with many other grass root Democratic candidates, and this uplifting sight will probably make you more optimistic about the American society, which has been quite problematic especially since that horrible rise of Donald J. Trump in 2016.

As arriving at its expected narrative point, the documentary stumbles a bit during its last 20 minutes, but it still provides us a number of fine emotional moments to linger on our mind. It is surely bitter to see Bush, Swearingen, and Vilela losing their elections in the end, but they tried as much as they could at least, and we get a poignant scene where one of Vilela’s key campaign members makes an impromptu speech which is more than a perfunctory pep talk.

In case of Ocasio-Cortez, it looked like she would also lose like many of her fellow Democratic grass root candidates, but, as many of you already know, she unexpectedly won the primary election. At the end of the documentary, she and her partner go to Washington D.C., and she gives us a plain but undeniably powerful speech on how her dead father would be proud of her.

Although it is not entirely without weak points and it could focus more on its other human subjects besides Ocasio-Cortez, “Knock Down the House” did its job as much as intended on the whole, and you will be moved by the earnest political passion of these extraordinary ladies in the documentary. As shown from them and many others, there are still some hope and optimism left in the American society even though it seems to be sinking down to the bottom, and I am willing to wish all of them good luck. 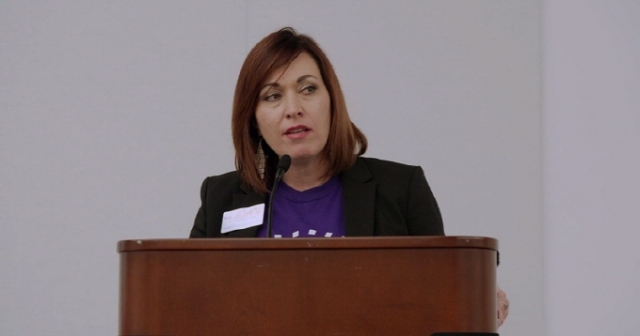