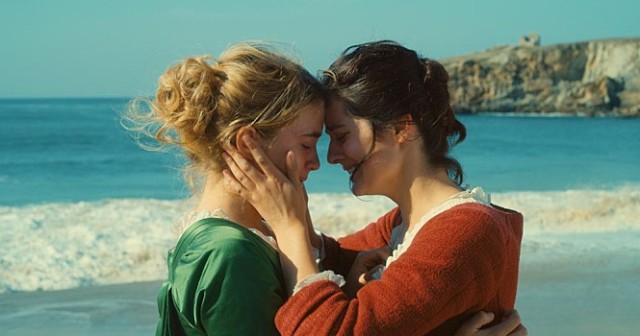 French film “Portrait of a Lady on Fire” is almost pure and perfect in its haunting romantic period drama with complex thoughts and emotions churning and swirling below its seemingly plain surface. Although the movie is quite more restrained than expected, it did not take much for me to be amused, enthralled, and, above all, moved by its precise and elegant balancing act amid sex and art, and I found myself quite excited and delighted as walking out of the screening room along with other audiences.

Mainly set in an isolated island of Brittany, France during the 18th century, the movie opens with the arrival of Marianne (Noémie Merlant), a young female painter who is commissioned to paint the portrait of a young lady named Héloïse (Adèle Haenel) by Héloïse’s mother. When Marianne arrives in a mansion belonging to Héloïse’s family, it looks like there is no one in the mansion except a young maid named Sophie (Luàna Bajrami), and the sense of isolation becomes more palpable to us and Marianne as she tries to sleep in a room where she is supposed to paint the portrait.

On the next day, Marianne meets Héloïse’s mother, who explains to her on a very challenging work condition. The portrait is for some Italian noblemen who will soon marry Héloïse, but Héloïse, who recently got out of a nunnery where she had been stuck for years, does not want to marry that guy at all, so she has refused to pose for the portrait as frustrating several painters before Marianne. For solving this problem, Héloïse’s mother introduces Marianne to Héloïse as a companion to walk and talk with, and all Marianne has to do is secretly observing Héloïse’s face and body as much as possible for painting the portrait later in her room. 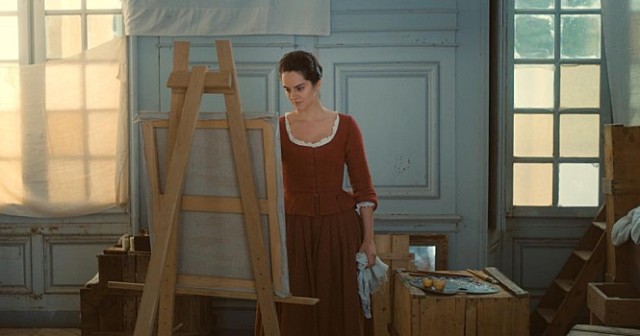 When Marianne meets Héloïse for the first time, the mood is not exactly cordial between them, but both of them slowly get accustomed to each other as hours go by, and Héloïse comes to open herself to Marianne bit by bit while Marianne continues to focus on Héloïse’s physical details. Thanks to her acute observation, her work is soon completed, but Marianne is somehow not that satisfied, and she also feels conflicted as finding herself more attracted to Héloïse.

This accumulating sexual tension between Marianne and Héloïse is further developed during the middle act, and it is often amusing to see how they push and pull each other as tentatively dealing with their mutual feelings. At one point, they have a tense but humorous scene as they respectively point out how much they see through each other, and we can clearly sense how much they are drawn to each other even though they do not admit that to each other directly.

Eventually, our two ladies come to hurl themselves into their romantic passion, and the movie accordingly supplies a series of low-key erotic moments packed with intimacy and sensitivity thanks to cinematographer Claire Mathon. As watching these restrained but undeniably effective moments in the film, I was reminded of how romance can look and feel more exciting and tantalizing on the screen via tact and restraint, and the movie delights us more when its two main characters also intelligently interact with each other during an interesting conversation on a certain famous Greek tale, which, of course, functions as a crucial element later in the story.

While Marianne and Héloïse’s relationship become more balanced than before, the movie also pays considerable attention to Sophie, who later turns out to have a little private matter which must be taken care of as soon possible. When she needs some help and support later, Marianne and Héloïse are willing to stand by her, and there is a seemingly simple but utterly sublime visual moment which clearly conveys to us the solidarity and equality among these three women as they are on the screen together. 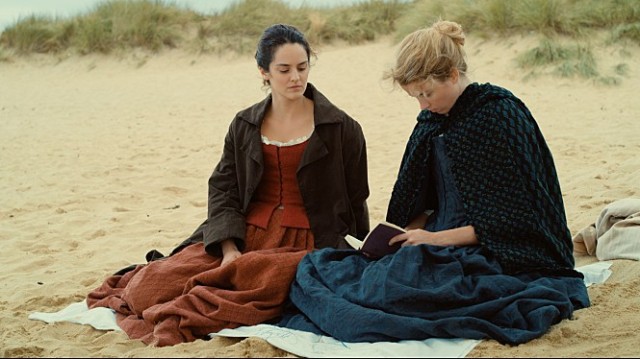 As expected, the movie goes through several emotional ups and downs along with Marianne and Héloïse during its last act, but the movie does not lose its composure and attitude at all while continuing to dole out superlative moments to remember. While the sequence associated with the title of the movie is certainly striking to say the least, you will surely appreciate how succinctly the movie handles the inevitable final moment between Marianne and Héloïse, and then, I assure you, you will be knocked down by how the movie delivers a couple of final strokes during its epilogue part, which effectively utilizes a certain familiar piece of classic music by Antonio Vivaldi.

As the center of the film, Noémie Merlant and Adèle Haenel are constantly compelling in their effortless duo performance, and they do not take any single misstep at all in their dynamic romantic dance along the story. As two other substantial female characters in the film (you may notice the near absence of male characters in the film, by the way), Luàna Bajrami and Valeria Golino are solid as holding their respective spots well, and I must confess that I could not help but become a bit nostalgic as watching Golino on the screen, who appeared in “Rain Man” (1988) and “Hot Shots!” (1991) many years ago.

“Portrait of a Lady on Fire” is directed by Céline Sciamma, who previously impressed me a lot with “Tomboy” (2011) and “Girlhood” (2014). In my inconsequential opinion, the movie, which received the Best Screenplay award in addition to the Queer Palm award when it was shown at the Cannes Film Festival early in last year, is her best work to date in addition to being a great female drama, and I am glad to confirm to you now that it is one of the best films of 2019 as many others said. In short, this is a masterpiece you should not miss, and I sincerely urge you not to miss the chance to watch it on the big screen. 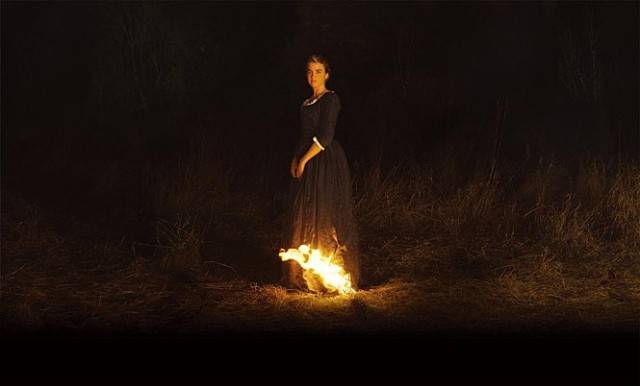