I feel rather ambivalent about Clint Eastwood’s latest film “Richard Jewell”, which engaged me with some good things to be appreciated while also distracting me with a few bad things to be noticed. After discussing with myself for a while on whether its strong parts compensate for its weak parts, I eventually decided to write a modestly positive review here, but I emphasize to you that I still have considerable reservation despite my final decision.

Based on the 1997 Vanity Far article “American Nightmare: The Ballard of Richard Jewell” by Marie Brenner, the movie looks into a grueling public plight which its real-life titular character went through in 1996. As shown from the prologue part set in 1986, Richard Jewell (Paul Walter Hauser) has aspired to become a part of law enforcement someday, but he only finds working himself as a mere security officer in a local college of Georgia 10 years later, and he subsequently gets fired because of being too serious about his menial job.

Not long after that, the 1996 Summer Olympics is held in Atlanta, and Jewell is employed as a security guard working in the Centennial Olympic Park, where hundreds of people gather everyday for music concerts. While many of his colleagues do not worry much as going through their routines, Jewell remains constantly watchful because anything can happen at any time, and that is how he comes to notice something suspicious during one hot summer evening. Shortly after trying to deal with a bunch of unruly teenagers, he happens to spot a big bag placed under a wooden bench, and he promptly follows the procedure for such a situation like that. An explosive expert is quickly brought to the spot, and then, once the bag turns out to contain explosives ready to be detonated, Jewell and other security guards immediately embark on clearing the area around the spot as soon as possible. 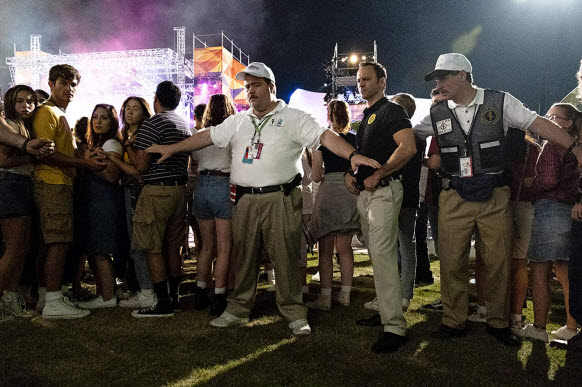 Although the bomb is eventually detonated and results in a considerable number of casualties including two dead people, Jewell is praised for preventing a far worse outcome, and he soon finds himself finally getting a big moment of recognition and appreciation he has always wanted. Everyone in the town praises him for doing his duty, and his mother Barbara (Kathy Bates), who has always supported and encouraged him for many years, cannot possibly be prouder of her dear son.

However, things get quite problematic when a bunch of FBI agents including Tom Shaw (John Hamm), who happened to be at the park during that time, begin their investigation. As pressured by media and public day by day, they must find any possible suspect or clue to boost their investigation, and then they become quite interested in Jewell, who fits well the profile of a dangerous attention seeker in many aspects. Besides being a socially inept loser guy still living with his mother, he is also a serious gun enthusiast, and Shaw and his fellow federal agents become more convinced as getting to know more about Jewell and his pathetic mundane life full of dashed hopes and lingering disappointments.

They are supposed to investigate on Jewell quietly and tactfully, but, unfortunately, Shaw is later approached by Kathy Scruggs (Olivia Wilde), a brash and ambitious local reporter quite willing to do anything for getting Shaw to talk about the case. Once she gets the confirmation on her growing suspicion on Jewell, Scruggs goes all the way without any hesitation, and that soon leads to the overwhelming media frenzy poured down upon Jewell and others close to him including his mother.

Fortunately, Jewell recently happens to hire Watson Bryant (Sam Rockwell), a local lawyer who once worked in a law firm where Jewell was employed as a clerk in 1986. Sympathizing a lot with Jewell, Bryant does his best for protecting his latest client, but he often cannot help but become frustrated with Jewell’s occasionally unwise words and behaviors. Even while his life is being thoroughly scrutinized and then ruined by both media and the FBI, Jewell naïvely sticks to his respect toward law enforcement while bearing no spite toward those federal agents, and he is willing to help and cooperate with them more even though that may worsen his circumstance. 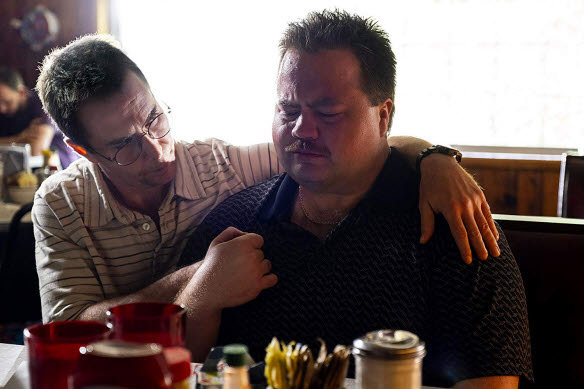 As calmly moving from one hard moment after another for Jewell and a few people dear to him, Billy Ray’s screenplay lets us emphasize more with its unfortunate hero, and Paul Walter Hauser, who previously drew our attention for his substantial supporting roles in “I, Tonya” (2017) and “BlacKkKlansman” (2018), seamlessly embodies Jewell’s growing pain and conflict with honesty and sensitivity. Jewell in the film may initially look quite silly and pathetic at first, but Hauser gradually conveys to us his character’s human sides via his understated performance, which will probably lead to more good moments in his promising acting career.

The other notable cast members including Sam Rockwell, John Hamm, and Kathy Bates, who was recently Oscar-nominated for her supporting performance here in the film, are reliable as usual, but Olivia Wilde is regrettably demanded to chew her scenes without any inhibition. When the movie was released in US a few months ago, there were lots of talks on how badly her real-life character is misrepresented in the film, and I personally think the movie was quite unfair to Scruggs, who sadly died early due to a prescription drug overdose in 2001 and cannot defend her position now.

Anyway, despite this and other flaws, I recommend “Richard Jewell” mainly because of Hauser’s strong breakthrough turn, and I think it is a bit better than Eastwood’s disappointing previous films “The 15:17 to Paris” (2018) and “The Mule” (2018). Although I do not wholly agree with the viewpoint of the film, I admire it to some degree with some caution, and I wish my rambling review helps you on deciding whether you want to watch it or not. 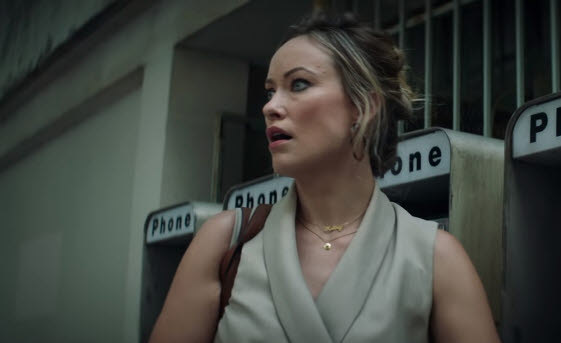