Olivier Assayas’ new movie “Wasp Network”, which was released on Netflix in last week, is a curious misfire. While it has not only an intriguing story setting but also a bunch of talents assembled together under Assayas’ direction, the overall result is somehow merely sprawling as often suffering from the lack of narrative focus and momentum, and I only came to observe its rather scattershot storytelling from the distance.

The movie begins with one sudden act committed by one of its main characters. In 1990, René González (Édgar Ramírez), a pilot who has lived with his wife Olga (Penélope Cruz) and their little young daughter in Havana, escapes alone to Miami via one of small airplanes stolen from his workplace, and he later explains his motive to American officials shortly after arriving in Miami. Although the Cold War was recently over with the collapse of the Soviet Union, Cuba is still under Fidel Castro’s communist dictatorship, so many desperate Cuban people keep trying to escape as before, and René is one of such cases, though he took a safer route compared to those poor people trying to escape via small boats.

As trying to settle in Miami, René naturally gets associated with Cuban Americans living there, and he eventually comes to join a group named Brothers to the Rescue and then a bigger group named the Cuban American National Foundation (CANF). Both of these two groups have been quite interested in helping the Cuban refugees safely arriving in Miami, and René is certainly willing to help as much as he can. Although he does not get paid much, he frequently flies on the sea between Cuba and Miami, and, as shown from one brief scene, he does his job as well as expected.

Meanwhile, the movie also focuses on Juan Pablo Roque (Wagner Moura), a Cuban military officer who makes an equally daring escape attempt. At one night, he swims alone to Guantanamo Bay Naval Base, and he surely draws lots of attention shortly after being interviewed at Guantanamo Bay Naval Base and then sent to Miami. Like René, he soon comes to be involved with Brothers to the Rescue and CANF, and he and René often spend some time together as fellow escapees.

However, these two guys subsequently find themselves in a rather tricky circumstance. It turns out that CANF and Brothers to the Rescue are involved with international drug traffic for getting the money to finance their small war against Castro’s dictatorship, and the high-ranking members of CANF have no qualms about ordering acts of terror to destabilize the weakening position of Castro and his government.

Because he does not approve of these criminal acts, René becomes an undercover informer for FBI just like Juan, who has enjoyed spending his extra cash earned from his secret part-time job. When Ana (Ana de Armas), a Cuban American woman he married not long after his settlement in Miami, becomes very suspicious about what he is hiding behind his back, he does not give any clear answer to her, and she decides not to ask more because, well, she depends on him more than she can admit.

In the meantime, Olga finally decides to join her husband along with their daughter, but, not so surprisingly, things do not go well for her. It seems the Cuban government is not that willing to let her and her daughter join her husband, and there is a painful moment of frustration when she belatedly realizes that she is trapped in a bureaucratic system which keeps demanding her one document after another. 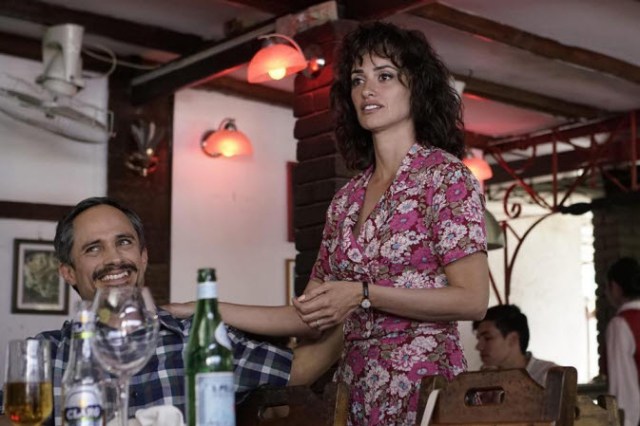 Around its middle part, the movie introduces another main character in the story, who is played by Gael García Bernal. I will not go into details on how Bernal’s character functions in the story, but I can tell you instead that the plot does thicken as the movie, which is adapted from “The Last Soldiers of the Cold War” by Fernando Morais, delves more into what was going on between the Cuban government and those two aforementioned Cuban American groups during that era. As things get more troubling, the American government eventually decides to handle the matter in direct ways, and there is an amusing moment when a bunch of American government officials come to Havana for a clandestine meeting with Cuban officials and generals.

However, after throwing so many different elements into its big picture, the movie only comes to lose its narrative pacing in the end, and it also suffers from its rather thin main characters. Although Édgar Ramírez, Wagner Moura, Penélope Cruz, Ana de Armas, and Gael García Bernal are surely charismatic performers equipped with enough talent and presence, their fairly good performances are mostly limited by their superficial roles, and Armas, who has been more prominent thanks to her breakout turn in “Knives Out” (2019), is particularly wasted in her thankless role.

On the whole, “Wast Network” is another mildly disappointing work after Assayas’ previous work “Non-Fiction” (2018), which was admired by many critics but did not entertain me enough. The movie is not totally without interest thanks to the admirable efforts from its cast and crew members, and I will not deny that it engaged me to some degree during my viewing, but I still think there is a better story somewhere inside this middling work.