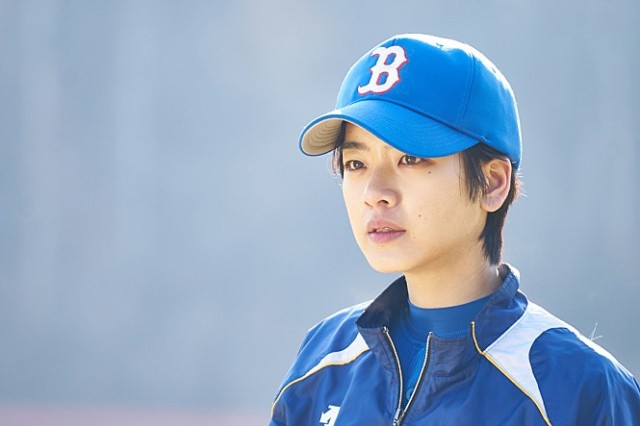 I love it when I come to root for a movie character a lot more than expected, and South Korean film “Baseball Girl” is one of such wonderful examples. Like a number of certain unforgettable movie heroines I encountered during last three decades, its young heroine often made me worry about her as trying to give all to what she really wants, and I must confess that I sometimes became rather skeptical about where her defiance and determination will lead her in the end. Nonetheless, she eventually persuaded me, and I came to agree to her adamant position while also admiring and respecting her more than before.

The movie opens with a very important moment for a bunch of senior baseball team members of some minor high school. During last several years, the baseball team of this school has drawn considerable attentions thanks to their exceptional results on the field, and the senior team members are eagerly waiting for the outcome of their respective interviews with a recruiter from a professional baseball team, though only one of them will be chosen while the rest of them may look for different careers instead.

One of them is a girl named Soo-in (Lee Joo-young), who has never given up her dream since she began to play baseball during her elementary school period. As told to us later in the story, she had lots of hard and difficult moments as being a sole female player among boys, but she keeps sticking to her aspiration nevertheless, and it is implied that she has considerably distinguished herself in her current team.

Not so surprisingly, Soo-in is not chosen by the recruiter, who instead chooses Jeong-ho (Kwak Dong-yeon), a boy who has known her since they played together in their elementary school team. As the only person who knows and understands well how much Soo-in has tried for all those years, Jeong-ho is genuinely sorry for her, but Soo-in does not want his pity or sympathy at all. 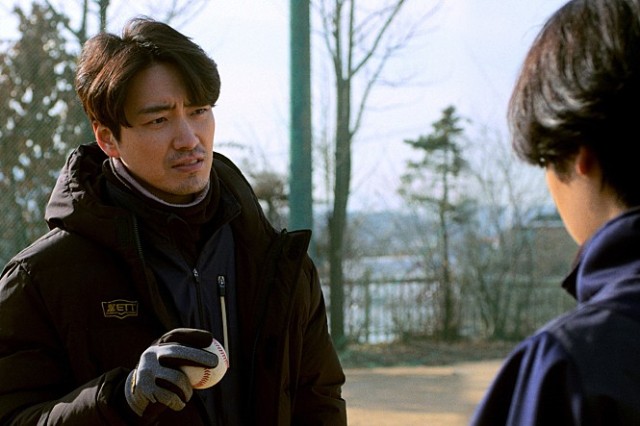 Because this is her last high school year, Soo-in is told by her teachers that she really should consider other options for her life, and Soo-in’s mother definitely agrees to that. As a hard-working woman who has supported her family for many years instead of her good-natured but pathetic husband, she firmly believes that her daughter must be really serious about getting a job before her upcoming high school graduation, and she already has the one to be offered to her daughter.

Even in her team, Soo-in does not get much support from the other team members or her new baseball coach, who once tried to join a professional baseball team many years ago but then only saw his hope and ambition dashed quickly. When Soo-in tries to prove herself in front of other team members and her coach, the coach promptly demonstrates to her how limited and disadvantaged she is in terms of skill and strength, and that surely hurts and frustrates her a lot.

Despite painfully learning more of her weaknesses, Soo-in still does not give up because she believes that she must try hard to the end for giving the best shot to her lifelong aspiration, and her coach eventually agrees to help her. Still having reservation on what result she will get in the end, the coach does his best because he now believes that she deserves a full chance at least, and there is a small touching moment when he teaches her how to improve her strong aspects for compensating for her weak ones including the speed of her pitch, which is understandably not fast enough compare to the ones of professional male baseball players.

Of course, the movie switches onto melodramatic mood during its middle part as Soo-in comes to clash more with her headstrong mother due to the growing difference in their thoughts and opinions, but the screenplay by director/writer Choi Yun-tae steadily maintains its restrained and composed handling of story and characters. While we surely get some expected emotional moments as Soo-in’s mother belatedly comes to open her eyes to her daughter’s hope and determination (Is that a spoiler?), the movie keeps focusing on its main subject just like its heroine concentrates hard on her aim, and I particularly appreciate that it never overlooks the hard reality surrounding its heroine even during its finale.

Everything in the film depends a lot on its lead performer, and Lee Joo-young gives a strong performance packed with quiet but palpable spirit and willpower. Soo-in is not a very likable girl to say the least, but Lee’s diligent acting lets us emphasize with Soo-in’s old and unflappable passion toward baseball, and we gradually come to cheer for her as touched by her determination to go all the way for what may be the last chance for her adamant dream.

The other main cast members of the film hold each own place well around Lee without overshadowing her at all. While Lee Joon-hyuk and Kwak Dong-yeo dutifully hold the ground for Lee, Yum Hye-ran is effective as a woman who is as strong-willed as her own daughter, and Song Young-kyu and Joo Hae-eun are also solid in their small but substantial supporting characters.

In conclusion, “Baseball Girl” impressed me with its earnest but moving sports drama mainly driven by its heroine’s strong will and hope, which remind me of why we should never give up while keeping trying our best to live. Yes, things are gloomy and depressing in our current world these days, but we should not resort to despair and cruelty at any chance (That is the main reason why I abhorred the cynical wholesale nihilism of “Joker” (2019), by the way), and I must tell you that I felt better after walking out of the screening room this afternoon. That is what a good film can do for us, you know. 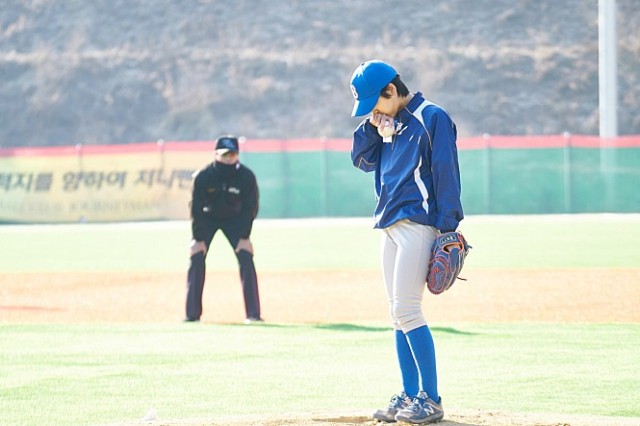