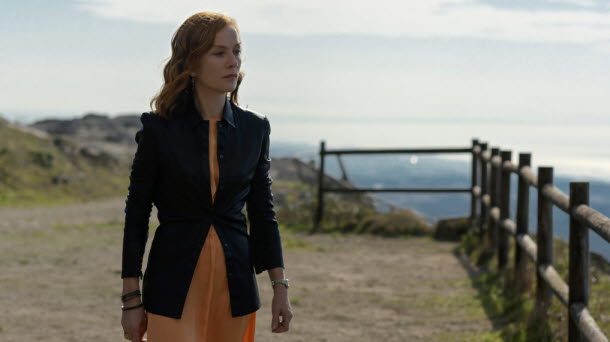 Ira Sachs’s new film “Frankie” leisurely strolls along with its main characters, and I enjoyed that. Although the overall result is rather mild and aimless at times, the movie steadily generates small intimate moments among its main characters, and it is buoyed a lot by its several dependable main cast members, who did a good job of bringing life and personality to their respective characters via their presence and talent.

Isabelle Huppert, a great French movie actress who has diligently kept advancing for almost five decades, plays the titular heroine of the movie, and the film opens with her character beginning her another sunny day in Sintra, Portugal, a historical town mainly known for numerous gorgeous places. Frankie is a famous movie actress who has enjoyed considerable successes for many years, but now she does not have much time to live due to her terminal illness, and now she wants to spend some quality time with her family members including her second husband Jimmy (Brendan Gleeson), who certainly does not feel that good even though his wife sticks to her calm and casual attitude in front of others including him.

We soon meet their two children Sylvia (Vinette Robinson) and Paul (Jérémie Renier), and they turn out to have each own issue to deal with. Paul, who is a son from Frankie’s first marriage, is not so sure about whether moving to New York City is a right choice, and Frankie tries to give some help and advice to her son, but he only becomes annoyed by how his mother tries to control too much of his life. As a guy who lived with a domineering mother, I know well what it feels like, and I was not so surprised as watching Paul impulsively expressing anger and annoyance to his mother later. 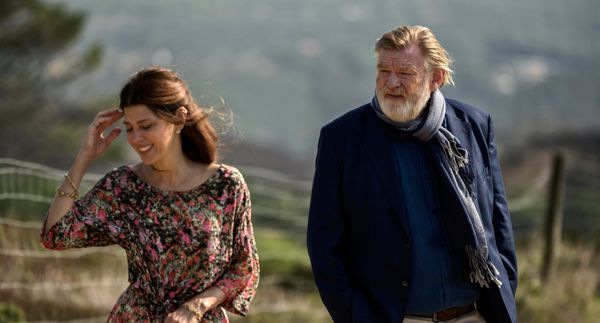 In case of Sylvia, who is a daughter from Jimmy’s previous marriage, she has been hiding a growing personal problem behind her back for a while. Having been quite estranged from her husband Ian (Ariyon Bakare), she has seriously considered leaving him, but she still feels uncertain even though she is looking for where she will live alone, and her adolescent daughter Maya (Sennia Nanua) finds herself in a difficult position as the conflict between Sylvia and Ian keeps getting worse. Ian sincerely wants to rebuild their relationship, but Sylvia thinks there is nothing much worthwhile to maintain in their crumbling relationship, and that leads to a very awkward moment between them at one point.

In the meantime, Maya comes to get some peace and consolation via an unexpected encounter. When she is going to a local beach in the afternoon, she is approached by a handsome Portuguese boy around her age, and something is sparked between them as they come to spend more time together on the beach. He later brings her to his special place, and the mood certainly becomes romantic between them, though it only turns out to be temporary.

Frankie also invites her ex-husband Michel (Pascal Greggory), and we see him doing some sightseeing with a local guide named Tiago (Carloto Cotta). When Michel subsequently comes across Jimmy, it is clear to us that there is not any bad feeling between these two guys, and we get a rather amusing moment when Michel tells about how he could move onto better things in his life since his divorce with Frankie.

When Frankie comes to learn that Ilene (Marisa Tomei), who is a close friend of hers, comes to Sintra for having some break, she tries a matchmaking between Ilene and Paul, though Ilene has currently been in a relationship with Gary (Greg Kinnear), a filmmaker who recently worked with Ilene in the production of the new Star Wars movie. It later turns out that Gary is really serious about moving their relationship to the next level, and that certainly makes Ilene quite conflicted. She likes Gary, and she has been rather tired of her urban life in New York City, but can she possibly settle in a rural area along with him for the rest of her life? 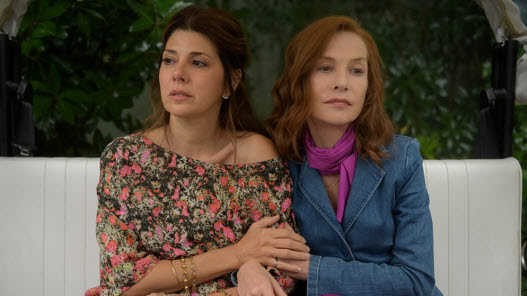 As slowly juggling its main characters, the movie often focuses more on the local atmosphere, and cinematographer Rui Poças gives us a number of fine moments to be appreciated. There is a small cheerful scene where Frankie happens to be invited to a birthday party by chance, and then there is also a breathtaking moment when Maya and that Portuguese boy enjoy the view from his special place, and then there is an ambiguous but undeniably haunting finale at a certain spot where Frankie and other main characters arrive as planned by her in advance.

The main cast members are all enjoyable to watch in their solid performances. While Huppert is engaging as usual, Greg Kinnear, Marisa Tomei, Brendan Gleeson, and Jérémie Renier are effortless during their respective key scenes, and the other main cast members including Vinette Robinson, Ariyon Bakare, Pascal Greggory, Carloto Cotta, and Sennia Nanua also have each own moment to shine.

Compared to Sachs’ other major works including “Love Is Strange” (2014) and “Little Men” (2016), “Frankie” is a minor work in comparison, but I had a fairly good time on the whole as entertained by its main cast members as well as those picturesque locations in Sintra. In fact, I have already been considering going there someday, and I may thank the movie for introducing me to such a beautiful place like that.

This entry was posted in Movies and tagged Actress, Family, Terminal Illness. Bookmark the permalink.