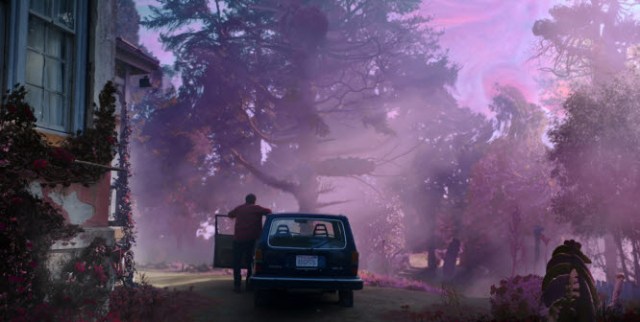 “Color Out of Space” is a science fiction horror film which is as wild and crazy as you can expect from its very title. Although it is not wholly without weak aspects, I will not deny that I was entertained by a series of strange and loony moments in the film, and I particularly appreciate how it goes all the way just for more craziness and phantasmagoria during its last act.

The main background of the story is a farmhouse located in the middle of a remote forest area, and the early part of the movie draws us into the daily life of Nathan Gardner (Nicholas Cage) and his dear family. While he is mostly occupied with taking care of a certain kind of livestock, his wife Theresa (Joely Richardson), who recently recovered from a serious case of cancer, usually concentrates on her day trading job in the attic of the house, and their three children Lavinia (Madeleine Arthur), Benny (Brendan Meyer), and Jack (Julian Hilliard) are often allowed to enjoy each own free time inside and outside the house.

And then, of course, something happens not long after another pleasant day of theirs is over. In the middle of that night, everyone in the house suddenly experiences a strange vibe coming from somewhere, and then a meteorite crashes onto a spot not so far from their house. When Nathan and his family hurriedly come out of the house to see what really happened, they are all unnerved by the strange alien colors exuded from the meteorite in the middle of the crater, and Nathan is particularly repelled by an odd smell which only he seems to sense unlike others. 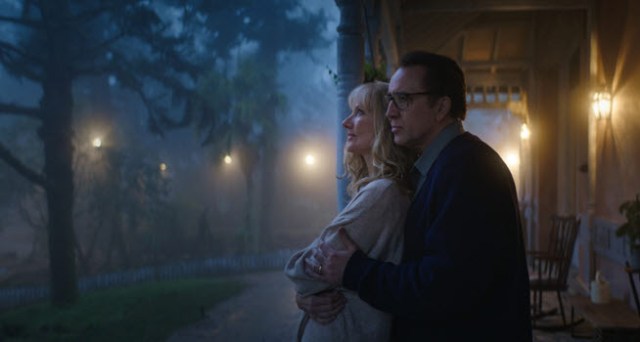 Like any sensible people, Nathan and his family call the police on the next day, but the local sheriff cannot help them much because he does not know what to do with the meteorite, and neither does the mayor, who only cares about the upcoming construction of a big reservoir which will be the main source of clean water for millions of people. As a matter of fact, a young hydrologist came to examine the condition of the water table of the area surrounding the house, and he already met the Gardners after encountering Lavinia outside during her small pagan ritual.

As many of you already expected, it does not take much time for the hydrologist to realize that something fishy is going on in the region, especially after he visits an aging hermit who seems to know more than he rambles to his accidental visitor. He notices a mysterious kind of substance in water, and he becomes more concerned as he cannot easily determine its identity for now.

Meanwhile, the situation becomes more unnerving in the house of the Gardners. Strange and inexplicable things keep occurring around their house, and then a very unpleasant accident happens to Theresa during one evening. After Nathan hurriedly takes her to a nearby hospital, their three children are left alone in the house, and they continue to experience weird things. While Jack becomes quite obsessed with an entity speaking from a well outside the house, Lavinia and Benny become dazed and confused with the frequent loss of time, and they are more convinced that all these and other strange incidents are caused by the meteorite.

As the Gardners are subsequently pushed into more weirdness and madness, the director/co-writer Richard Stanley, who adapted H.P. Lovecraft’s short story “The Colour Out of Space” with Scarlett Amaris, serves us more morbid and disturbing moments. As the invisible power and influence of whatever is inside the meteorite grows day by day, the environment surrounding the house of the Gardners is gradually changed step by step, and Stanley and his crew members did a fabulous job of establishing a strikingly alien atmosphere on the screen despite their limited budget. Yes, it is probably impossible to recreate whatever is vividly conveyed through Lovecraft’s original text, but the overall result on the screen is quite unnerving to say the least, and then we get several frightening moments of extra grotesque later in the story.

During its last act, the movie sometimes stumbles due to several occasions of blatant plot contrivance (For example, one certain character’s sudden action at one point is so unwise that you will shake your head in disbelief), but it keeps holding our attention as virtually throwing everything but kitchen sink into its eventual finale. I must say that the finale may be too much of sound and fury to some of you, but it works nevertheless as being true to the intensely morbid grandiosity of Lovecraft’s works, and the following solemn aftermath is effectively devastating to say the least.

The main cast members play straight as much as possible to whatever is happening to their characters. While Nicholas Cage brings considerable intensity to his increasingly unhinged character as he did in “Mom and Dad” (2017) and “Mandy” (2018), Joely Richardson, Madeleine Arthur, Brendan Meyer, and Julian Hilliard are believable as their characters are thrown toward the bottom of confusion and madness, and Elliot Knight, Q’orianka Kilcher, and Tommy Chong are also suitably cast in their small supporting roles.

On the whole, “Color Out of Space” is definitely not for everyone, but I will wholeheartedly recommend it to you if you really enjoyed a few other successful adaptations of Lovecraft’s works such as “Re-Animator” (1985) and “From Beyond” (1986). This is indeed your average B-movie, but it is handled well with enough skill and imagination, and I sort of admire that. 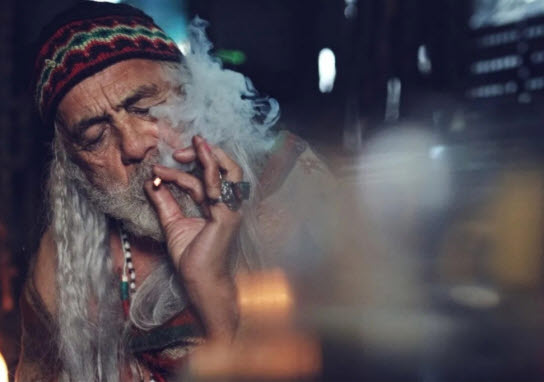 This entry was posted in Movies and tagged Family, Horror, SF. Bookmark the permalink.