“Beautiful Boy” is not so successful despite some harrowing and painful moments it is required to deliver as a serious drama about addiction. Although its mostly non-linear narrative structure initially seems effective at first as its two main characters respectively struggle hard with their messy and bleak emotional circumstance, this storytelling approach ultimately makes us distant to their story in the end, and that is a shame considering how it could be better if it trusted more its two good lead performers.

Based on David Sheff’s memoir “Beautiful Boy: A Father’s Journey Through His Son’s Addiction” and his son Nic Sheff’s memoir “Tweak: Growing Up on Methamphetamines”, the movie gives us a dramatized version of their real-life struggle with Nic’s addiction, and its early part shows us their relationship reaching to its latest bottom. When David, played by Steve Carell, finds that Nic, played by Timothée Chalamet, has gone somewhere at one night, he become quite worried, and, unfortunately, his growing fear turns out to be right when Nic returns in the next morning. It is apparent that Nic used drugs again, and David subsequently takes him to a local rehabilitation center while sincerely hoping that things will eventually work out well for him and his son.

At first, Nic seems to be willing to break himself away from that toxic cycle of addiction, and he comes to show some progress while spending days at the rehabilitation center, but, unfortunately, he falls into relapse again. While he later tries to make a new start again as beginning his college education, there comes another relapse not long after that point, and David becomes more frustrated and exasperated as helplessly watching his son falling further toward the bottom of addiction. He surely tries hard to understand Nic and his addiction more, but he is only reminded again and again that there is nothing much he can do for his son except providing help and support. 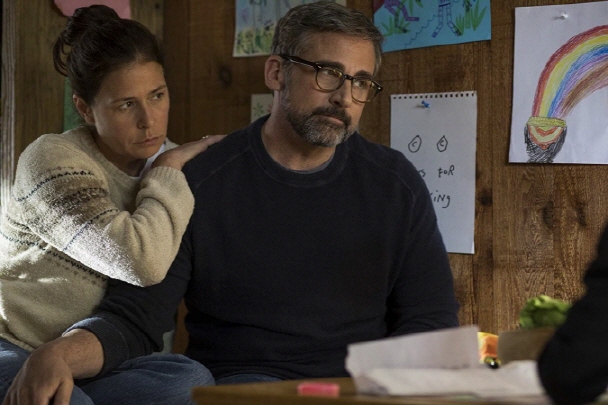 As David agonizes over what is wrong with his dear son, the movie frequently moves from one time point to another for reflecting their increasingly troubled relationship. There was a time when they were happy together as a father and a son, but drugs came into Nic’s life around the time when he graduated from his high school, and David regrets that he did not stop his son from entering the early stage of addiction. At first, it was merely marijuana, so David did not mind that at all as shown from a brief flashback scene between them, but then Nic quickly slid down along with his addiction, and he even used methamphetamine in the end.

Whenever he relapses, Nic certainly feels ashamed and remorseful after a brief moment of euphoria, and that accordingly pushes him further into more despair and desperation while also making him more estranged from David and other people who care about him. After Nic later moves to LA to live with his mother Vicki (Amy Ryan), the circumstance looks a little more hopeful as he has been clean and sober for more than one year, but then he comes to feel that old urge of his not long after he tries to amend his damaged relationship with his father and his father’s second wife Karen (Maura Tierney)

As Nic subsequently tumbles to another bottom of his addiction, the adapted screenplay by director Felix van Groeningen, a Belgian filmmaker who previously directed Oscar-nominated film “The Broken Circle Breakdown” (2012), and his co-writer Luke Davis, attempts to generate some dramatic tension, but the result feels contrived while also clashing with the somber overall tone of the movie. In addition, the movie is often heavy-handed in its use of many familiar pop songs including Neil Young’s “Heart of Gold” and David Bowie’s “Sound and Vision”, and I must tell you that I was not so impressed to hear John Lennon’s “Beautiful Boy (Darling Boy)” being blatantly used during one particular scene. 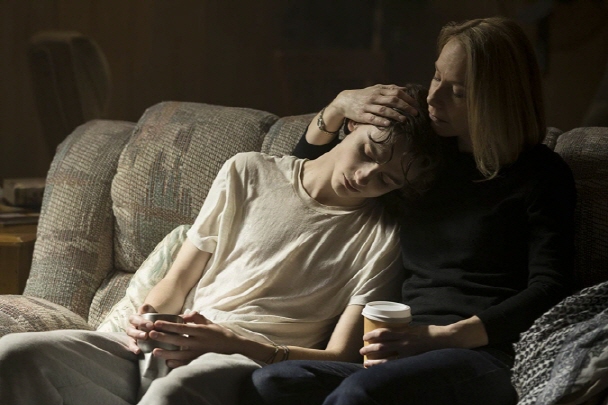 While I became more distant to the movie during my viewing, I also noticed more of its two strong main performers which deserve better in my inconsequential opinion. Carell, who has successfully moved from comedy to drama as recently shown from his chilly Oscar-nominated turn in “Foxcatcher” (2014), gives a plain but effective low-key performance which functions as a good counterpoint to the showier performance from Chalamet, who has quickly risen to prominence thanks to his Oscar-nominated breakthrough turn in “Call Me by Your Name” (2017). They are always engaging whenever their characters push and pull each other on the screen, and they are especially good during their emotionally dynamic scene unfolded in a diner. As Carell steadily holds the ground, Chalamet ably switches his performance among many different emotional moods as demanded, and we come to have some insight on addiction and how it affects not only its victims but also others around them.

In case of other notable performers in the movie, they are mostly under-utilized, and that is another weak aspect of the film. While Maura Tierney and Amy Ryan do not have many things to do except looking concerned or frustrated, Timothy Hutton briefly appears as a medical expert who provides some information on amphetamine addiction, and Andre Royo, whom you may recognize if you watched HBO TV series “The Wire”, is totally wasted in his underdeveloped role.

In conclusion, “Beautiful Boy” works to some degree thanks to the admirable efforts from Carell and Chalamet, and van Groeningen makes a fairly competent English-language feature debut here, but it is still underwhelming mainly due to its flawed storytelling approach. It was not a waste of time at all, but it is a little too mild to linger on my mind, and I still wondering whether it could be improved by more focused and straightforward narrative.

This entry was posted in Movies and tagged Addiction, Father and son, Real-life figure, Real-life story. Bookmark the permalink.