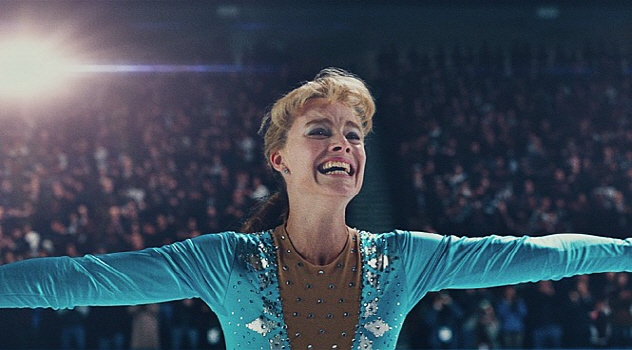 I could not help but shake my head while watching “I, Tonya”, a darkly funny cautionary tale based on the rise and fall of Tonya Harding. While she might have some right stuffs for being one of the best figure skaters in the world, she had some serious disadvantages from the very beginning, and she also happened to be stuck with wrong kinds of people. While generating lots of black humor from her absurd real-life story, the movie also lets us understand what makes her tick, and we come to emphasize with her to some degrees even while we get good laughs from how she tumbled into her eventual disgrace which will remain with her for the rest of her life.

After introducing Harding and its other main characters one by one through its mockumentary opening scene, the movie goes back to Harding’s early years with her mother LaVona (Allison Janney) in Portland, Oregon. Even when she was four, young Harding, played by McKenna Grace during this part, showed considerable talent in figure skating, LaVona was determined to do anything for her daughter’s success although they were your average poor white trash family. At one point, she forcefully demands a coach to teach her daughter, and then we see how she relentlessly pushes her daughter by any means necessary. For this bitter, abrasive woman, nothing seems to be enough no matter how much her daughter tries, and she is even quite abusive to her daughter in the name of tough love.

This toxic relationship between Harding and her mother is continued even after Harding, who is now played by Maggot Robbie, grows up to be a very good adult professional figure skater. Even when Harding successfully achieves a rare athletic feat in front of many cheering audiences, LaVona does not look that proud or happy, and there is a small acerbic moment showing how much she can go further for ‘motivating’ her daughter. 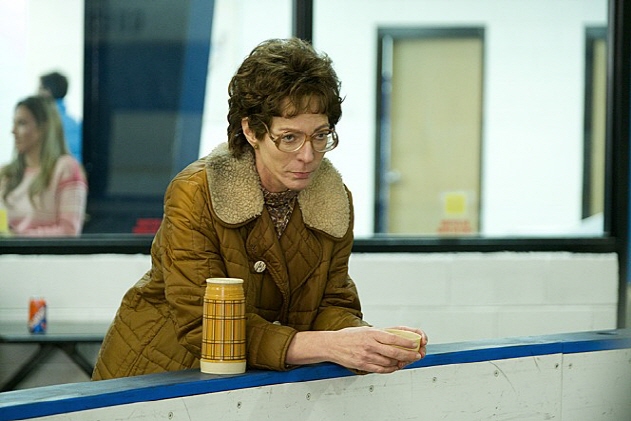 Things seem to get better for Harding when she comes across Jeff Gillooly (Sebastian Stan) and then falls in love with this guy, but, alas, it soon turns out that he is no better than LaVona. He is also frequently abusive to her, and she finds herself drawn back to him again and again even though they often violently clash with each other. She eventually leaves him and puts a restraining order on him, but then she gets herself into a very messy situation when he suddenly comes to her residence at one night.

At least, she feels good whenever she throws herself into major figure skating competitions, but she soon gets frustrated as being reminded again and again that she is not exactly someone ‘wholesome’ enough to be the representative of American figure skating. To many competition juries, her rival/colleague Nancy Kerrigan looks a lot more appropriate in comparison, and that undeniable fact certainly exasperates Harding as she keeps receiving lower scores than expected.

After eventually accepting that she needs to be changed for getting to the top, Harding tries hard again, and she also allows Gillooly to come back into her life, but, as some of you already know, that turns out to be her another big mistake. While Harding is preparing for her upcoming competition with Kerrigan at the 1994 US Figure Skating Championships in Detroit, Gillooly and his hapless friend Shawn Eckhardt (Paul Walter Hauser) come to plan something nasty for Harding’s advantage, and, thanks to their stupidity and their equally sloppy associates, that somehow results in that infamous incident on January 6th, 1994. 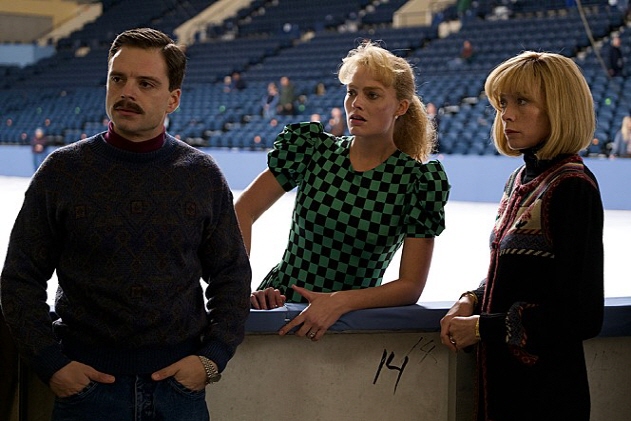 Cheerfully gliding along its increasingly absurd and sensational plot, the screenplay by Steven Rogers constantly provides wryly hilarious moments even when the circumstance becomes quite serious for Harding and everyone associated with her, and director Craig Gillespie, who previous made charmingly quirky comedy “Lars and the Real Girl” (2007), did a competent job of maintaining the pungent comic tone of the movie. Although the soundtrack mainly consisting of a number of recognizable pop songs is often a little too blatant, these songs are mostly effective in accentuating the morbid hilarity presented on the screen, and I must confess that I was amused a bit when “How Can You Mend a Broken Heart” was ironically played on the soundtrack during one certain scene.

Gillespie also draws strong performances from his talented main cast members. As the center of the movie, Margot Robbie, who has steadily advanced since her breakout supporting turn in “The Wolf of Wall Street” (2013), gives a compelling comic performance, and this is certainly the best moment to date in her growing career. Besides looking believable in her figure skating scenes, she is also quite engaging to watch as her character goes up and down in her bumpy narrative arc, and she is especially good when her character desperately tries to overcome the scandalous mess virtually swallowing up her life and career. While Allison Janney, who will be Oscar-nominated along with Robbie, is terribly impressive in her barbed supporting performance, Sebastian Shaw, Paul Walter Hauser, Julianne Nicholson, and Bobby Cannavale are also fine in their respective supporting roles, and special mention goes to young performer McKenna Grace, who holds her own small space as young Harding.

While it may make you cringe for good reasons, “I, Tonya” is an entertaining black comedy equipped with a deliciously biting sense of humor and enjoyable performances. Yes, there have already been lots of talks about how truthful the movie is, but, folks, it does not intend to be very truthful right from the start, and I will not deny that I was amused by its irreverent spirit. 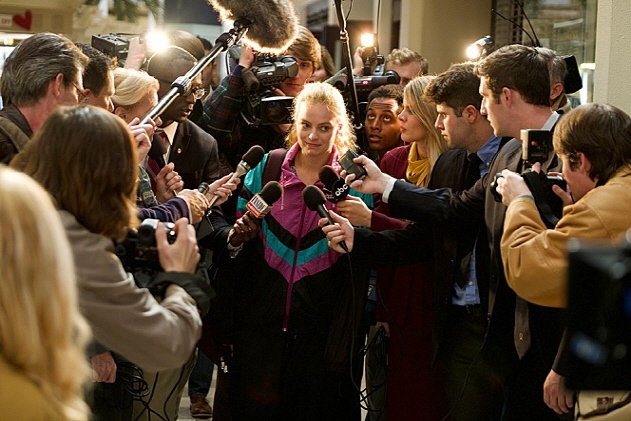 This entry was posted in Movies and tagged Figure skating, Mother and daughter, Real-life figure, Real-life story. Bookmark the permalink.