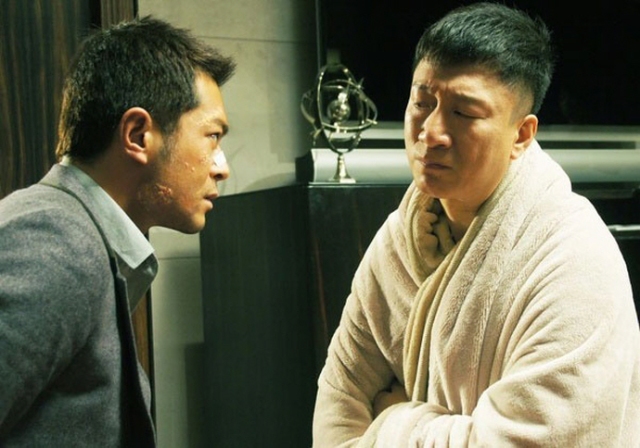 Good thrillers grip my attention at some point around the beginning and never let it go until the end credit. In case of Johnnie To’s crime noir thriller “Drug War”, it was one of its early scenes. A cop chases after a criminal right after coming across him, and the criminal immediately runs down to the basement floor. The cop follows him alone, and we sort of expect something unpleasant to happen because we saw what the criminal acquired before their encounter.

Sensing that the criminal is hiding somewhere on the basement floor, the cop looks around for a moment, but he is too smart to search for the criminal alone. While taking no chance, he summons his men, and he and others soon surround the criminal’s unlikely hiding spot, and the criminal clearly discerns that it is wise to surrender himself to the police for his survival – for now, at least.

With the smart characters like them as its main pieces, “Drug War” unfolds a treacherous game amidst the cops and criminals who are actually not that different from each other while conflicting with each other over a thin boundary separating them. To them, betrayal is a usual weapon for defeating opponents, and alliance always feels temporary and uneasy because anything can happen. Once it finishes building up the tension as we get its big picture of how its characters are placed in each own place in the plot, the movie goes for overkill during its third act, and the devastating finale comes with a bitter nihilistic laugh reminiscent of Jean-Pierre Melville’s crime noir films.

The criminal mentioned above is Choi Tin-ming(Louis Koo), who happens to have a very unlucky day when he attracts the attention of Captain Zhang Lei(Sun Hong-Lei). The Captain has just arrested a bunch of drug mules along with their handler, and, when he and other cops take them to the hospital for extracting the packages of drug from their colons through enema(ugh, I hate it when that happens), the Captain encounters unconscious Tin-ming on one of the hospital beds. He has been brought to the hospital as an emergency patient after losing consciousness during his frantic driving, and the Captain quickly finds out what happened to him when he discovers Tin-ming’s operation site. 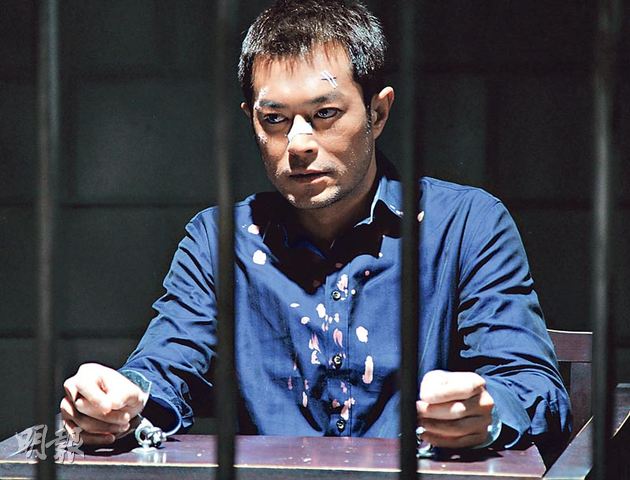 After being arrested and taken to the police station, Tin-ming knows he is in a really big trouble. Because he is a middle-boss of the drug organization who is clearly connected with a mass of incriminating evidences found by the Captain, it goes without saying that he will get death sentence according to the Chinese criminal law. He is willing to do anything for escaping that fate, and it does not take much time for the Captain to force Tin-ming to corporate with him and betray his criminal associates.

Some of them are his friends or his family members, but that does not seem to matter much to Tin-ming, who willingly cooperates with the Captain during his Mission Impossible-like operation. During a suspenseful scene where the Captain must inhale the drug given to him to maintain his fake identity in front of one of his main targets, Tin-ming manages to help the Captain keep his cover intact and fool the target, and he later helps the Captain more during a very urgent situation involving an emergent ice water bath.

Still, the Captain, who remains pretty expressionless except when expertly assuming a fake blowhard persona for his operation, does not trust Tin-ming a lot. He and other cops are tired and sleepy as they have been doing their work for more than 24 hours, but they are still watchful of this untrustworthy criminal who, as suspected by the Captain, has several useful cards hidden behind his back just in case. 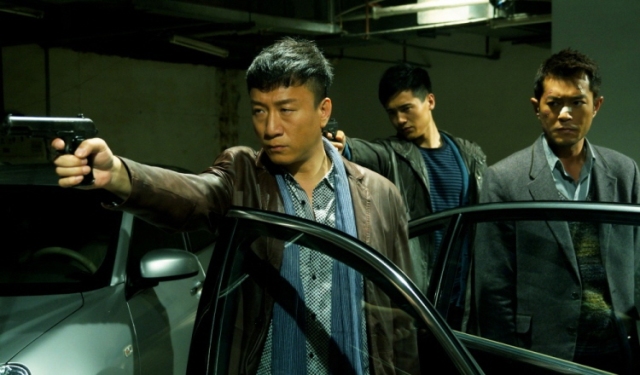 As the things get more complicated and more violent, we come to feel rather distant from the plot, but the movie has a plenty of black humor and visual style to be mixed with its cold violence. There are also several colorful criminal characters, and two of them are deaf-mute brothers who turn out to be a lot more capable than we thought. Their conversation scene with Tin-ming through sign language is quietly amusing and poignant because the brothers actually care about Tin-ming while never imagining his betrayal. We also have a duo of junkies driving a truck loaded with drug, and, while they are a bit annoying as the comic relief of the story, their hapless behaviors are the constant source of amusement. Is it really hard to get a good truck driver in China nowadays?

The finale, which begins with the secret meeting near an elementary school in the morning, is pretty heartless to say the least with its brutal payoff, but the movie retains its sense of twisted humor even at its most violent moment. We get some laugh when the plot mercilessly strikes its characters with unexpected things, and the final cold twist right before the ending is especially memorable for the ironic poetic justice inside its macabre sight.

I belatedly came to be familiar with the director Johnnie To’s works through some of the recent films produced or directed by him. My first experience with his movie was “Mad Detective”(2007), which he co-directed with Wai Ka-Fai, and then I was quite impressed by many wonderful visual moments of “Vengeance”(2009), where Johnny Hallyday played an aging man hiring a bunch of professional criminals for carrying out his personal vengeance.

Like his previous films, “Drug War” is a slick, taut, efficient crime movie coldly observing the gray characters with its ambiguous but ultimately firm morality. Survival may be priority above anything else in their melancholic criminal world, but there will always be the consequence when the rules and codes are getting broken, and, as shown in its cold, stern last scene, nobody can escape from that once chaos reigns, no matter how much they struggle to the very end. 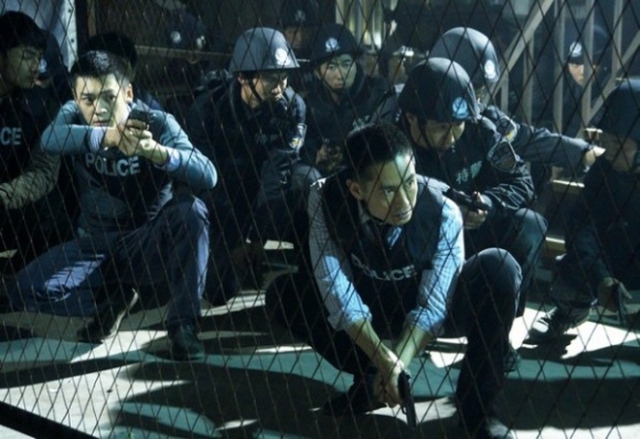 This entry was posted in Movies and tagged Criminal, drug, Police, Thriller. Bookmark the permalink.