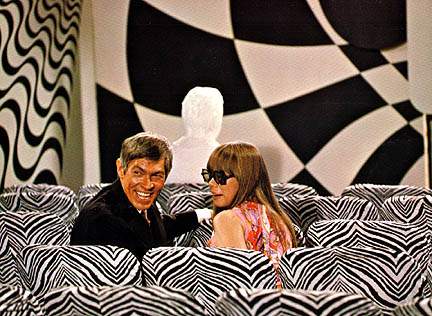 While it is one or two steps behind “Dr. Strangelove”, “The President’s Analyst”(1967) is a very good black comedy sniggering at Cold War paranoid. Maybe it is not as ruthless as that great comedy, but the movie romps cheerfully on its subjects with a take-no-prisoner attitude. And during this loony joy ride, we eventually discover that the movie foretold something very accurate more than 40 years ago.

We have seen many psychiatrist whose lives become more burdensome than usual thanks to their unusual patients in the movies(“Analyze This”) and TV series(“The Sopranos” and “In Treatment”), but I think no one can top our hero Dr. Sidney Schaefer(James Coburn). His new patient is none other than the president of the United States, the most powerful figure in the world who incidentally does not appear on the screen.

It turns out that he was recommended by his mentor/analyst Dr. Lee-Evans(Will Geer) and have been thoroughly inspected by CEA(Central Enquiries of Agency – I’m not kidding) for his qualification, mainly through a CEA agent Don Masters(Godfrey Cambridge) who has disguised himself as one of his patients. Although at first flabbergasted by this sudden news, Schaefer is soon exulted for his prospects; he even has a meandering montage accompanied with a pop song while he aimlessly wanders around New York. Damn the ’60s, but who wouldn’t indulge in it? 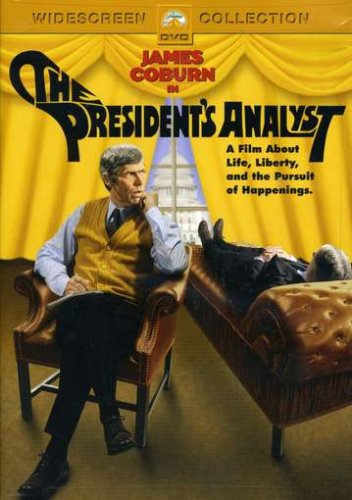 His work begins immediately right after he is introduced to the safe house in Georgetown where he and his girlfriend(Joan Delaney) can live comfortably. Everything seems to be fine at the start. Now he has only one patient except agent Masters who really has the problems of his own. Below his new house, there is a secret underground tunnel connected directly to the White House, and he can come immediately to the president whenever he is summoned with an annoying red right signal.

Schaefer feels proud about his job as the doctor who exclusively listens to the presidential difficulties, but, after few days, he realizes counseling with the man “who carries the load that will kill ten men” is far more toilful than he thought. The president’s schedule is so jammed with domestic and international affairs that he should be always ready for his service no matter what he is doing. Furthermore, he is not allowed to tell anything about the sessions to any other people, including his girlfriend, for security reasons. And he is constantly monitored by the government agencies just in case.

The movie has lots of fun with this suffocating situation. With his private life almost completely disrupted, Schaefer is more conscious of his surroundings than before; he becomes paranoid as correctly diagnosed by himself(“If I were a psychiatrist, which I am, I would say I’m rapidly turning into a paranoid personality, which I am!”). Poor guy, his case is not just delusion problem. Regardless of whether that weird moment at the restaurant and other things are real or not, our doctor really does not have anyone to trust. 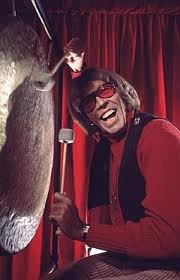 After he finally gets out of the White House, the story goes wackier with personal and social paranoia overlapping. No matter which side of the Cold War they are on, every national secret agency in the world goes after Schaefer for his invaluable information about US president as soon as they hear about his escape. FBR(Federal Bureau of Regulation – I’m not kidding in this case, either) director Harry Lux(petite-looking Walter Burke) is literally dead serious; he wants Schaefer dead for the national security. CEA people do not want that, but that does not mean that it is not an option for them. And some mysterious organization observes everything in this madness.

The director Theodore J. Flicker is unflinching with his satire on Cold War paranoia. There are several points where the plot becomes shaky, but his screenplay relentlessly provides hilarious moments with barbs one by one. Some jokes are pretty much like the time capsule in the need of explanations for us now, but most of jokes work well in the movie. The shot with FBR agents smaller than five feet in a bureaucratic office is a joke with an expired date to many audiences at present, but it still remains a funny visual gag in contrast with CEA agents gathering in the place that looks like some college professor’s office.

Flicker also mercilessly makes fun of several aspects of American society in the ‘60s for good laughs. While Schaefer runs for his life and sanity, he comes across a family from New Jersey suburb, and they turn out to be far more than ” a typical American family”. Also, there is an outrageous sequence later where Schaefer finds temporal peace at the meadow after hooked up with hippie band members – without knowing that an insidious chain of incidents is progressing step by step nearby. 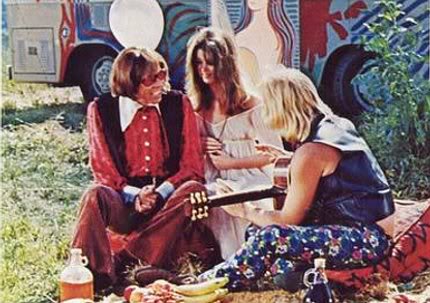 Interestingly, “The President’s Analyst” foreshadowed the anxiety to come in the next era. After Watergate scandal, American audiences of the ‘70s found themselves surrounded by dark paranoid/conspiracy movies at the theaters. As a matter of fact, the movie sometimes farcically evokes that foreboding atmosphere of those movies like “The Parallex View”(1974) with curious visual composition in several shots .

And then it grows more preposterously when a shadowy organization reveals itself at the finale with the exaggerated set suitable for spy spoof movies. However, at this point, we realize how the movie correctly predicts our time when the absurd plan of the organization is introduced with a funny old-fashioned education movie. Just think about how much conveniently we communicate with each other now, and how much digitalized and vulnerable we have become in that progress. A fantasy in the 1960s becomes something far more plausible thing in the 21th Century by the technological advancement, and that outrageous brave new world presented in the movie is alarmingly prophetic to us.

The movie is one of few comedies in James Coburn’s career, and he gives a rare neurotic performance as the doctor who goes unhinged by the craziness surrounding him. While his character is bounced around here and there like a pinball, Coburn provides the gravity barely maintained at the center of the lunacy. The way he turns his charming smile into that manic grin of a paranoid is absolutely hilarious.

The supporting actors ably support Coburn with fine comedy performances. William Daniels personifies shallow hypocrisy as the head of middle class family who is “as liberal in the same tradition as the president”. I wonder whether he has a NRA membership card in his house. Pat Harrington Jr. is unabashedly plastic as a bland head of the shadowy organization – there is a silly good reason for that nauseating impression.

Special mention must go to Godfrey Cambridge and Severn Darden as two secret agents who seriously become the doctor’s patients. Cambridge has a classic deadpan moment with the stream of consciousness about his self-hate problem associated with the word Dr. Laura Schlessinger foolishly blurted out on her radio show a few months ago. How Cambridge and Coburn handle the awkwardness following that is as funny as that. Darden is an equal comic counterpart as a KGB agent Kropotkin; the way he is courteously enthralled by Freudian analysis on his daddy issue is another big laugh. He also has a very amusing line for us, by the way. “Every day your country becomes more socialistic, my country becomes more capitalistic. Pretty soon we will meet in the middle and join hands.”

Maybe I was born too late for enjoying everything supposed to be funny in it, but “The President’s Analyst”(1967) still could come to me as a hilarious movie. Of course, there are many aspects as dated as “The Graduate”, another funny movie that came out in the same year, and the movie clearly has its one foot stuck in that era. However, its hysterical satire on Cold War paranoid still can induce lots of laugh from us, and, above all, the movie looks beyond its time rather than remaining behind it. This is not just a laughable spy spoof – It is frighteningly insightful comedy at its core. And who would have thought that it prophesied the rise of certain movie villains during the last decade? If you know what I mean, you will also probably know they actually spend lots of money around us because they want us to like them – just like the villain of this movie. Well, screw them all.

Small Trivia: Yes, CEA and FBR and are actually CIA and FBI. According to the producer Robert Evans, he was visited by FBI agents during the production and was pressured by the studio after that. Evans changed the names through re-dubbing the voice track, but he personally believes his telephone was monitored from then on.