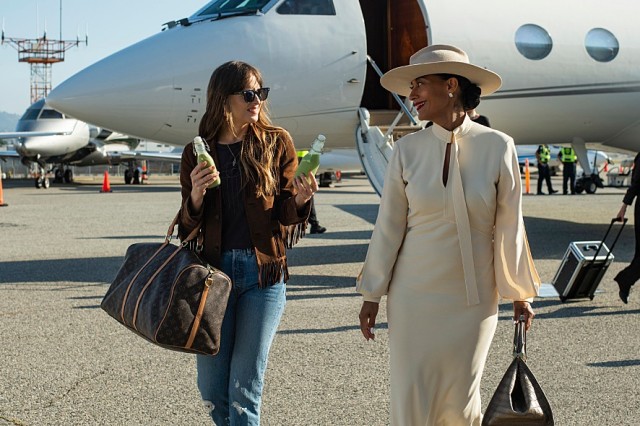 “The High Note”, which was recently released in South Korean theaters as “My First Superstar”, is a mildly entertaining comedy film about an aspiring young woman who wants to break into music industry. Although you will not be surprised much due to its rather predictable handling of story and characters, you will get some laugh and entertainment mainly thanks to the likable performance from its talented lead performer, and you may forgive its several notable shortcomings.

Dakota Johnson, who has shown a lot more of her talent and presence since her big break via “Fifty Shades of Grey” (2015), plays Maggie Sherwoode, a smart and resource lass who has wished to become a music producer someday. Although her dream still seems to be out of reach at present, Maggie has gladly worked as a personal assistant for Grace Davis (Tracee Ellis Ross), who has been one of the most famous and successful singers in US for many years. Since she was young, Maggie has been a big fan of Davis, and her private wish is producing a new album for her boss someday.

However, the situation does not look that good for Maggie. While she has worked for 3 years under Grace, Maggie is usually overlooked and underestimated by Grace and others around her, and Grace’s manager Jack (Ice Cube) is not so amused when Maggie attempts to show Jack and Grace what she has been working on behind her back. Mainly because Grace’s career has been going nowhere without any new recent song, he believes that Grace should accept a lucrative offer from a big hotel in Las Vegas, and Grace seems to be also tempted because, as revealed later in the story, her life and career really seem to reach to a dead end.

As watching Grace’s growing conflict on her life and career, Maggie comes to step forward a bit more for her boss, and Grace, who is surely your average fastidious superstar but is also actually a kind and generous woman, comes to appreciate more of Maggie’s sincere and diligent efforts during last 3 years. While Maggie is certainly pleased to see her boss becoming more like a friend to her, Grace is happy to have another person talk with besides Jack and Gail (June Dian Raphael), who has depended a lot on Grace in many ways while being her best friend. 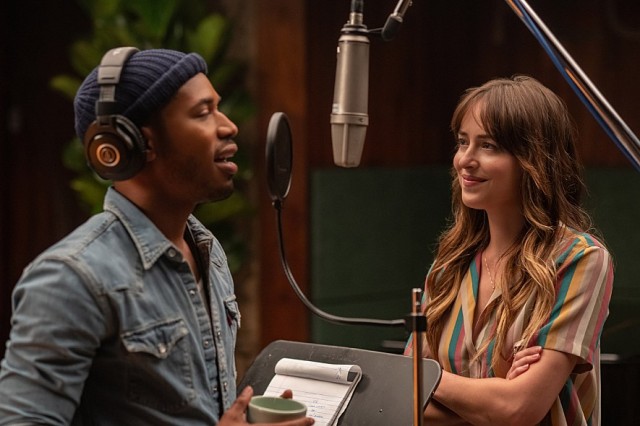 Meanwhile, Grace happens to come across David Cliff (Kelvin Harris Jr.), a young unknown singer with whom she instantly clicks right from their first encounter at a local supermarket. With some encouragement from her roommate/best friend Katie (Zoë Chao), Maggie gets closer to David, and she is soon impressed by his considerable talent and potential. Once she sees that he has been looking for a big break, she volunteers to be the producer for his first demo album, and, not so surprisingly, it does not take much time for them to realize that there is something more between them besides their shared passion and enthusiasm toward music.

As her business/romantic relationship with David is gradually developed, Maggie becomes more hopeful about her future, but, of course, things soon become quite messy and complicated as she tries to balance her life and career between David and Grace. It is not so much of a spoiler to tell you that there eventually comes a moment when she comes to let down both of them, and that is naturally followed by an obligatory montage coupled with music while Maggie quickly returns to her sunny seaside hometown where her father Max (Bill Pullman) warmly welcomes her.

Of course, our heroine subsequently comes to bounce from the bottom, and the screenplay by Flora Greeson still does not give us much surprise except an unexpected moment of revelation, which incidentally drew some chuckles from the audiences around me when I watched it yesterday at a local multiplex theater. Sure, it feels rather contrived, but, at least, it mostly works because of the sweet and humorous mood generated among the main performers.

As the main center of the movie, Johnson demonstrates well another side of her talent here. Effortlessly exuding charm and spirit as required, she instantly makes us root for her character a lot, and she is also complemented well by Tracee Ellis Ross, who did a good job of imbuing her character with humanity and star quality as demanded in addition to functioning well as a counterpoint to Johnson.

In case of some other main cast members in the film, they hold well each own position around Johnson and Ross. While Ice Cube has several juicy comic moments, Zoë Chao and June Diane Raphael have a little fun with their respective colorful supporting characters, and Bill Pullman and Eddie Izzard are also solid in their small but substantial supporting parts. Although his character is more or less than a colorless plot element, Kelvin Harrison Jr., a promising newcomer who has steadily advanced since “It Comes at Night” (2017), shows here the milder side of his talent compared to his recent intense performances in “Luce” (2019) and “Waves” (2019), and it surely helps that he and Johnson have a nice low-key chemistry during their scenes.

Like director Nisha Ganatra’s previous film “Late Night” (2019), “The High Note” depends much on the charm and charisma of its two different female lead performers, and I enjoyed it to some degree, but I also think it is relatively less fresh and successful than “Late Night”. Considering that I gave “Late Night” 3 stars, I guess I should give “The High Note” 2.5 stars, but you may give it a chance if you happen to be left with time to kill. 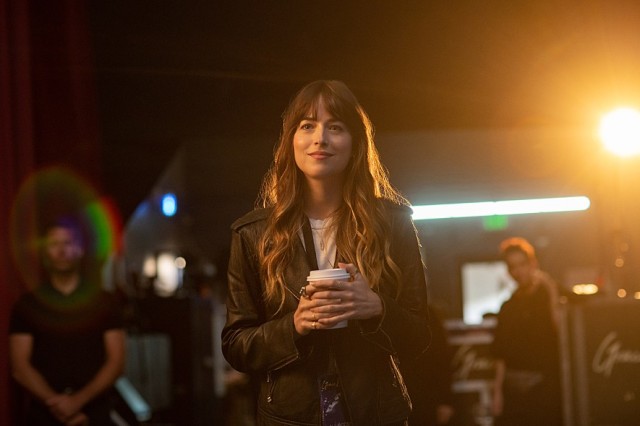 This entry was posted in Movies and tagged Comedy, Musician, Romance. Bookmark the permalink.