“Gringo” is supposed to be a wild and crazy crime comedy movie, but it somehow fails to give me enough laugh despite the game efforts from some of its main cast members. While it is not entirely a total dud, it is so predictable and pedestrian that we can clearly see through every twist and turn to be sprung up here and there along its plot, and we only come to observe the absurd struggles of its broad main characters from the distance without much care or amusement.

The story mainly revolves around Harold Soyinka (David Oyelowo), a Nigerian dude who has worked for a big pharmaceutical company in Chicago. As the company is about to have a merger with some other big company, Harold is not so certain about his future even though his friend/boss Richard Rusk (Joel Edgerton) assures to him that he will be all right after the merger, and it also turns out that he has a serious financial problem mainly due to the private business activity of his wife Bonnie (Thandie Newton).

Anyway, Richard and his business partner Elaine Markinson (Charlize Theron) soon go to a company factory in Mexico along with Harold, who turns out to be a small but crucial part in running this factory. The company has been developing and manufacturing a special marijuana product which will be released once marijuana is legalized in US, and Harold is officially the one supervising the factory along with his Mexican associates.

Not so surprisingly, some of Harold’s Mexican associates turn out to be linked with a powerful local drug cartel. Richard has been fine with that, but now he wants to end this criminal association with the drug cartel because he does not want any problem which may jeopardize the upcoming merger. Not so surprisingly, the boss of that drug cartel is not so pleased when he hears that news from one of Harold’s Mexican associates, and he surely demonstrates that he is definitely not someone to mess with.

Meanwhile, Harold comes to learn of how expendable he actually is in the company, and then he is also quite devastated when his wife suddenly notifies to him that she is going to leave him. As discerning more of how life has not been that fair to him despite his honesty and integrity, Harold decides to do something he has never imagined before, but, as already shown to us during the opening scene, the situation soon becomes quite messy and complicated for everyone including him.

Now I have to be more careful for avoiding any spoiler, but I can tell you at least that a number of different characters come to search for our unfortunate hero. Besides several members of the aforementioned drug cartel, there are two Mexican brothers who belatedly come to realize what Harold may bring to them, and there is also Mitch (Sharlto Copley), an ex-mercenary guy who is also Richard’s brother and agrees to be hired by Richard just because he needs the money for his philanthropic activity.

In addition, we also meet Sunny (Amanda Seyfried), a young woman who comes to Mexico along with her boyfriend. As already revealed to us in advance, her boyfriend’s main purpose of visit is the illegal delivery of a certain drug product across the Mexico-US border, but he does not tell anything to Sunny, and she simply enjoys her time in Mexico while still quite oblivious to what her boyfriend has been up to. 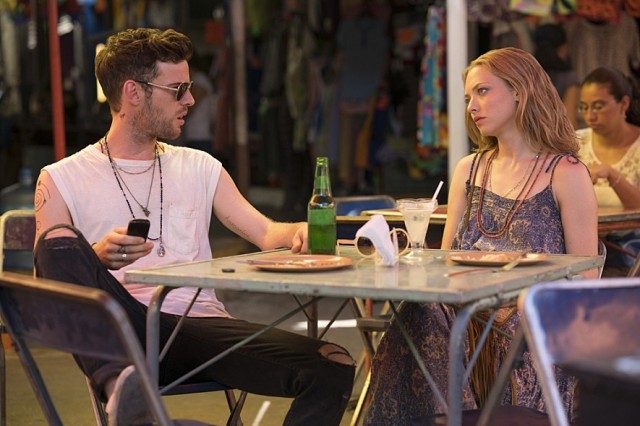 As cheerfully juggling its many characters, the screenplay by Anthony Tambakis and Matthew Stone, which is based on the story written by Stone, tries to generate humor and entertainment for us, but it often falters due to its thin narrative and superficial characterization. While Harold is supposed to be the one we will root for, the movie so futilely swings him back and forth between comedy and drama that he eventually becomes a figure as inconsequential as a pinball bouncing from one corner to another. In case of the other main characters in the film, they are also more or less than broad puppets to be manipulated in one way or another, and that is one of many reasons why the finale does not have much dramatic impact on the whole.

At least, the main cast members of the film try as much as possible with their respective roles, and some of them manage to acquit themselves well. Although he has been mainly known for a number of serious performances including his brilliant lead turn in “Selma” (2014), David Oyelowo surprises us here as showing another side of his considerable talent, and it is amusing to watch how willingly he throws himself into silly comic moments including the scene where his character becomes morosely drunken while not aware of a danger approaching to him. While Joel Edgerton and Charlize Theron, who is also the co-producer of the film, gleefully chew their every nasty moment in the film, Sharlto Copley has a small fun with his offbeat character, and Amanda Seyfried is perky as required although she is mostly under-utilized just like Thandie Newton.

“Gringo” is the second feature film from director Nash Edgerton, who is incidentally Edgerton’s older brother and previously impressed me a lot with his previous film “The Square” (2008). While it is clear that he attempts something cheerier than that intensely crime drama movie, the overall result is a minor letdown, so I cannot recommend it to you, but I will not stop you if you simply want to kill your spare time. 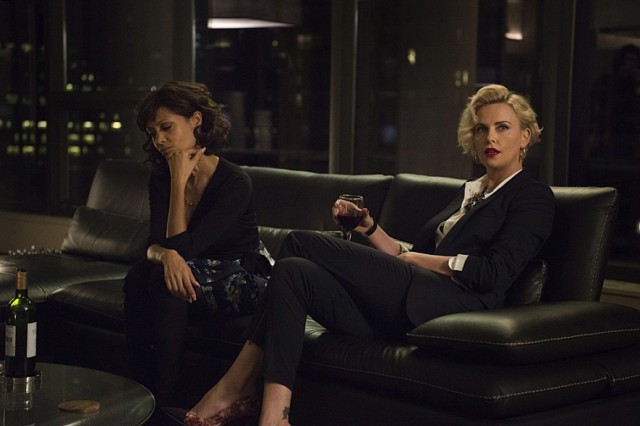 This entry was posted in Movies and tagged Comedy, Crime, drug, Marijuana. Bookmark the permalink.