“The Last Full Measure” attempts to pay a tribute to one brave young soldier who did an exceptional act of valor and devotion in the Vietnam War, but it somehow feels rather hollow while not presenting well who he really was as a human being. As mainly focusing on the deep grief of people who knew him, the movie gives us several genuinely emotional moments to be appreciated, but it remains curiously distant to the central figure of the story, and we come to observe its somberly respectful drama without enough care or attention even while recognizing its good intentions.

The central figure in question in the movie is William H. Pitsenbarger (Jeremy Irvine), a United Sates Air Force Pararescueman who saved over sixty men during a perilous rescue mission in Vietnam on April 11th, 1966. Although he could just remain in his rescue chopper during that time, Pitsenbarger courageously chose to go down right to the battleground for saving more soldiers, and he ultimately gave his life for getting his job done as much as he could.

Although Pitsenbarger received the US Air Force Cross medal after his death, his parents and many veterans who worked with him or were saved by him believe that he deserves to be promoted to the Medal of Honor, and, as shown during the opening scene, their latest request in 1999 happens to reach to Scott Huffman (Sebastian Shaw), one of Pentagon staff members who is incidentally about to go through a major point of his advancing career. Although he is not particularly interested in reviewing that request, Huffman has no choice but to do the job as demanded by his direct superior, and he soon embarks on meeting a number of interviewees who can testify about Pitsenbarger’s selfless act during that time. 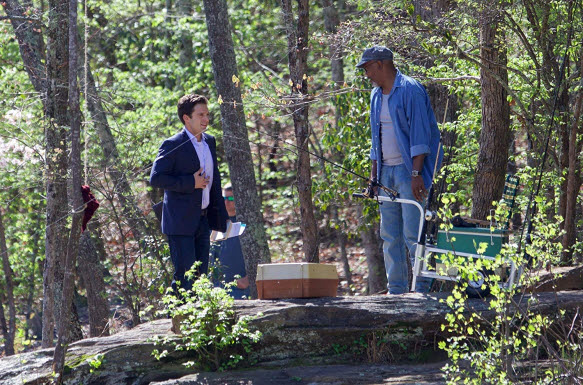 One of these interviewees is Tully (William Hurt), who sent that request on the behalf of Pitsenbarger’s parents. He was a close comrade of Pitsenbarger, and he tells Huffman a bit about that crucial moment when Pitsenbarger decided to go down from his rescue chopper. Even though he might have gotten himself killed even before reaching to the battleground, Pitsenbarger did not hesitate at all from what should be done in his viewpoint, and he certainly left a lot of impression on those many soldiers saved by him.

Through Tully, Huffman comes to contact with several veterans who were there during that time, and each of them has each own story to tell. While Takoda (Samuel L. Jackson) and Ray (Ed Harris) seem to be fine on the surface, it later turns out that both of them have lots of survivor’s guilt behind their gruff façade, and there is a little heartbreaking moment when Takoda struggles to talk with Pitsenbarger’s parents on the phone at one night. In case of Jimmy (Peter Fonda), he is still battling with the post-traumatic stress disorder caused by his terrible war experience, and an unnerving scene between him and Huffman conveys to us a lot about how much this deeply troubled recluse has suffered during more than 30 years.

Huffman also meets Pitsenbarger’s parents Frank (Christopher Plummer) and Alice (Diane Ladd), and he comes to emphasize more with their desperate wish for their dear dead son getting the full recognition he deserves. Although he does not have many years to live due to his terminal illness, Frank firmly believes that there is still a chance for seeing his son finally receiving the Medal of Honor, and Alice stands by her husband as before, while fondly remembering their son along with him.

In the meantime, the movie occasionally gives us flashback scenes which show us how dangerous the situation surrounding Pitsenbarger and other soldiers was. As admitted later in the story by a prominent politician who was their commander during that time, it was pretty disastrous for everyone on the battleground, and director/writer Todd Robinson did a good job of presenting their bloody chaos on the screen. 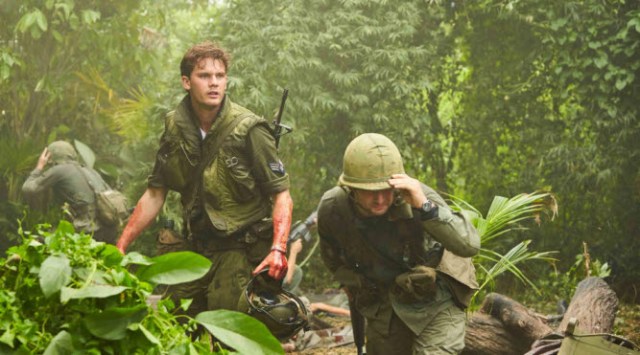 However, Pitsenbarger, who is mostly presented via these flashback scenes, is not depicted with enough human qualities. As the movie keeps emphasizing on his undeniable courage, he becomes more like a broad icon instead of a vivid character filled with flesh and blood, and that is the main reason why the expected finale leaves some empty impression despite sincere respect to Pitsenbarger.

Anyway, Robinson assembles a bunch of various performers for his movie, and many of them are reliable as before. Although he is tasked with playing a colorless surrogate hero for the audiences, Sebastian Stan acquits himself well, and the other notable cast members including Christopher Plummer, William Hurt, Samuel L. Jackson, Ed Harris, Peter Fonda (This is his final film role, by the way), John Savage, Diane Ladd, Amy Madigan, LisaGay Hamilton, Bradley Whitford, Dale Dye, and Jeremy Irvine are solid on the whole.

Overall, “The Last Full Measure”, whose title is derived from a quote from Abraham Lincoln’s Gettysburg Address, is a well-intentioned but flawed drama film, and I cannot recommend it for several weak aspects including its weak plot and characterization, but I will not deny that I enjoyed watching some of its main cast members including Hurt, Plummer, Jackson, Harris, Savage, and Fonda transcending their rote materials at times. That is indeed a good example of the power of acting, and you may be interested in watching the movie just for admiring how they make it work to some degree. 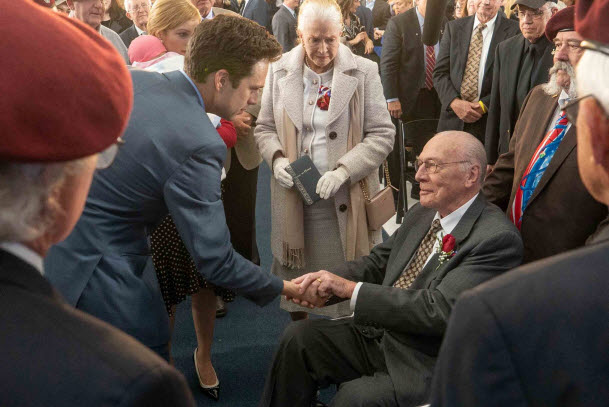 This entry was posted in Movies and tagged Real-life story, Solider, The Vietnam War, War, War veteran. Bookmark the permalink.