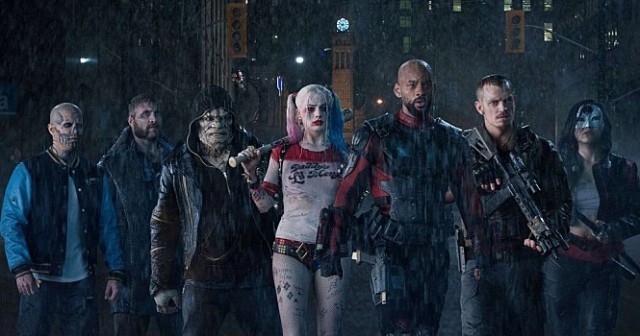 As many of you know, some movies go through considerable subsequent re-evaluation despite getting heaps of negative reviews at first, but, in my inconsequential opinion, David Ayer’s “Suicide Squad” is definitely not one of such cases. Although I decided to skip it when it was released in August 2016, I recently came to watch it just because of the upcoming film “Birds of Prey: And the Fantabulous Emancipation of One Harley Quinn” (2020), and now I can attest that it is indeed the most disappointing product from the DC Extended Universe besides “Batman v Superman: Dawn of Justice” (2016).

The movie starts at the time point not long after what happened in the end of “Batman v Superman: Dawn of Justice”, and its early part mainly revolves around how a bunch of different supervillain characters happen to be assembled together by Amanda Waller (Viola Davis), an ambitious government official who is the director of a shady secret agency. In front of a bunch of high-ranking government and military officials in Washington D.C., she strongly argues on why they need to use these supervillians for handling unexpected dangers in the future, and she is eventually authorized to supervise these supervillains, who are currently incarcerated in a special imprisonment facility located somewhere in Louisiana.

When these supervillains are respectively demanded to get together under Waller’s command, they are not so amused to say the least, though it is clear to all of them that they have no choice from the beginning. While Floyd Lawton/Daedshot (Will Smith), an infamous mercenary who was recently caught by a certain superhero operating in Gotham City, comes to join the team mainly because he wants to see his dear little daughter, Dr. Harleen Quinzel/Harley Quinn (Margot Robbie), a former psychiatrist who was turned into a deranged and dangerous criminal after being seduced by the Joker (Jared Leto), simply cannot resist a chance to go outside for having any naughty fun, and she is certainly more delighted to learn later that her diabolical partner-in-crime is ready to help her escape. 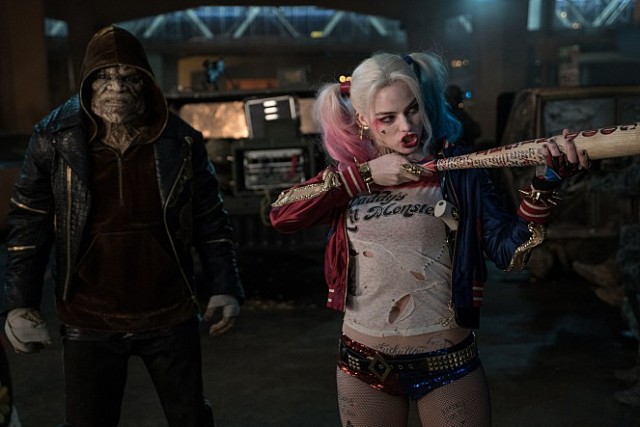 We also get to know a bit about the other members of the team. While George “Digger” Harkness/Captain Boomerang (Jai Courtney), a thief equipped with a deadly boomerang as well as Aussie accent, is as loony as Harley Quinn, Waylon Jones/Killer Croc (Adewale Akinnuoye-Agbaje) is an aggressive mutant guy covered with thick reptilian scales, and Chato Santana/El Diablo (Jay Hernandez) is a Latino criminal who has adamantly tried to suppress his volatile side which is the main source of his superhuman ability to generate big fire around him.

And there is Dr. June Moone (Cara Delevingne), an archaeologist who happened to become the human host of an old but powerful magical spirit named “Enchantress”. While Moone is supervised mainly by her lover Colonel Rick Flag (Joel Kinnaman), Waller has had Enchantress under control via a certain weak point, but, of course, Enchantress soon manages to find a loophole, and then she embarks on her fiendish plan for destroying the human civilization as wreaking a havoc on the downtown area of Midway City.

For rescuing a certain important figure stuck in the city and then stopping Enchantress, Colonel Flag and his merry band of supervillains are quickly sent into the middle of Middle City, and it does not take much time for them to realize how powerful Enchantress really is. In addition to having the whole city under her destructive power, she has already turned many civilians and soldiers into a horde of indistinguishable CGI soldiers, and we accordingly get a series of bland and mindless action sequences not so far from what we endured as watching “Resident Evil” (2002) and its several dreadful sequels. Compared to those intense action scenes of Ayer’s previous films such as “End of Watch” (2012) and “Fury” (2014), these sequences are seriously deficient in terms of intensity and impact, and that is one of many reasons why the eventual climax part does not work much without any cumulative narrative momentum to hold our attention. 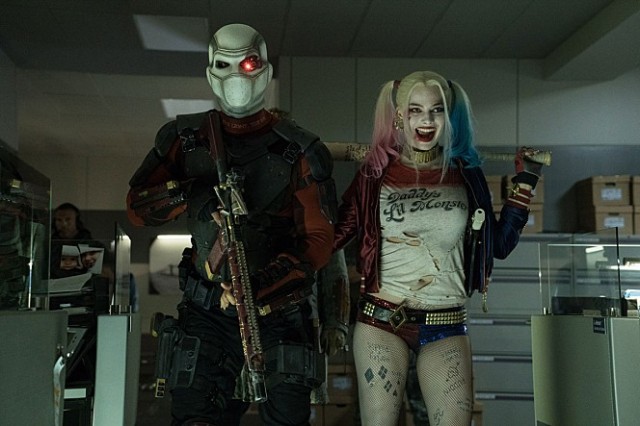 Above all, Ayer’s screenplay seriously fails in character development and plot progress. The half of the running time is wasted as the movie clumsily tries to introduce and then juggle its many main characters together, and, to make matters worse, the screenplay does not provide much space for characterization as hurriedly hopping from one narrative point to another. As a result, most of its main characters come to us as one-note cardboard figures, and we come to observe these superficial caricatures from the distance without much interest and care.

The main cast members try as hard as they can, but only a few of them acquit themselves on the whole. While Viola Davis and Joel Kinnaman manage to play straight to the end, Will Smith, Jai Courtney, Cara Delevingne, Jay Hernandez, Adewale Akinnuoye-Agbaje are totally wasted, and Jared Leto unfortunately gives us a glaring example of bad acting, which will make you wonder why the hell he tried so hard on the set. In case of Margot Robbie, she is surely the saving grace of the movie, and I am certainly ready for watching more of her delightfully villainous performance in “Birds of Prey: And the Fantabulous Emancipation of One Harley Quinn”.

In conclusion, “Suicide Squad” is a dreary failure which is not even enjoyably bad, but, fortunately, the DC Extended Universe has moved onto better things since this mess. After “Wonder Woman” (2017), there came “Aquaman” (2018) and “Shazam!” (2019), and we will get “Wonder Woman 1984” (2020) in addition to the aforementioned Harley Quinn movie this year. Nothing is certain yet, but they will probably not be worse than “Suicide Squad” at least. 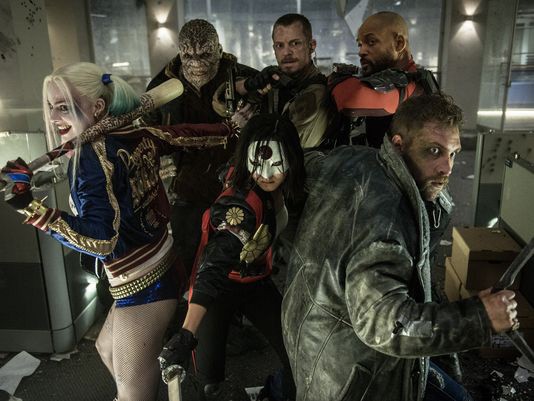 This entry was posted in Movies and tagged action, Supervillain. Bookmark the permalink.