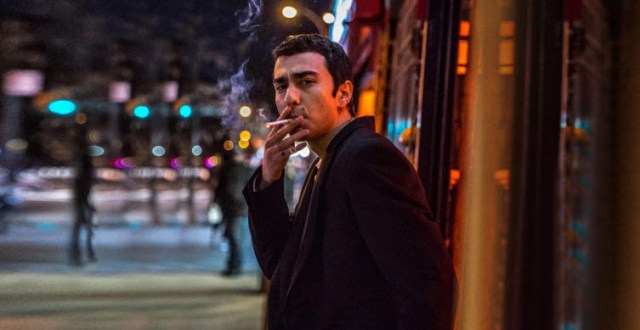 “The Cat and the Moon” is your typical coming-of-age drama about a troubled adolescent hero wandering and struggling a lot in his unstable life, but it is a bit better than I expected. Sure, there are some rough spots here and there, and it could be improved by tighter storytelling and shorter running time, but it presents its story and characters with considerable realism and sensitivity at least while also generating some poignant moments to be appreciated.

When we meet Nick (Alex Wolff, who also serves here as the co-producer/co-composer in addition to the director/writer of the film) at the beginning, this teenage boy is going through a rather tough period in his life. While his musician father died several years ago to a tragic incident, his mother recently checked herself into a rehabilitation center due to her longtime addiction problem, so he has to leave his home in Detroit and then comes to New York City for staying for a while with his father’s longtime friend/colleague Cal (Mike Epps), who warmly welcomes him into his small but cozy apartment.

Although it seems everything is fine on the surface, we gradually come to see Nick’s problematic sides. Right from when he arrives at Cal’s residence, he looks for marijuana to be smoked. Without telling anything to Cal, he later gets high on the rooftop of the building where Cal’s residence is located, and he even brings the purchased marijuana to a local high school he is going to attend during next several weeks.

While Nick is smoking his purchased marijuana alone at a bathroom, two boys suddenly come into the bathroom, and that is how he comes to befriend Seamus (Skyler Gisondo) and Russell (Tommy Nelson), who are totally cool with him smoking marijuana. As a matter of fact, they invite him to a Friday night party full of their schoolmates, and Seamus gladly introduces Nick to his girlfriend Eliza (Stefania LaVie Owen), who incidentally encountered Nick already on his first day at the school.

As they and some other teenage kids throw themselves into fun and excitement, the movie occasionally gives us small lively moments brimming with youthful spirit and energy. For example, there is a spirited montage sequence where Nick and his new friends go a bit wild in a subway train, and I observed it with some fascination and amusement as a guy who never dreamed of any transgression during my high school years except when I drank beer and other kinds of alcoholic beverage under my parents’ permission.

And there is also a brief but striking moment which seems to function as a sort of correction to one of Nick’s new friends, who, in my opinion, uses African American slangs a bit too much as a Caucasian kid. When he and other kids are going to a party during one evening, they come across an African American drug dealer willing to sell various kinds of narcotics, but then the situation becomes quite tense when the kid thoughtlessly blurts out a certain word he should not use at any chance in front of African American people.

In the meantime, Nick finds himself attracted to Eliza, and they soon come to sense the mutual feeling growing between them. Both of them understandably hesitate to come closer to each other, but then the situation gets complicated when Nick comes to learn of how promiscuous Seamus can be in his drunken state. As far as I can see, Seamus drinks too often and too much, and I must confess that I actually felt an urge to recommend him to attend an AA meeting as soon as possible.

While he tries to handle his complicated emotional circumstance with Eliza, Nick also becomes more troubled by his messy private life. He still feels sad and angry about his father’s death in addition to feeling conflicted on his mother’s current absence, and he does not interact much with Cal even though Cal is always there for him with lots of patience and compassion.

Although it trudges a bit during its last act, the movie keeps engaging us while never losing the focus on its main characters. Besides Nick and Eliza, several other substantial characters around them are presented with some human depth, and I particularly like a scene later in the film where Nick and a certain character come to have an unexpected moment of reconciliation.

Besides doing a solid job as its director and lead actor, Alex Wolff, who has been a new talented young actor to watch since his breakout turn in “Hereditary” (2018), also draws good performances from his cast members. While Stefania LaVie Owen clicks well with Wolff during their several intimate scenes in the film, Skyler Gisondo, Giullian Yao Gioiello, and Tommy Nelson are well-cast in their respective supporting roles, and Mike Epps, who drew my attention for the first time via his small supporting role in “The Hangover” (2009), effectively complements Wolff during a certain dramatic scene between them.

In conclusion, “The Cat and the Moon” is a fairly successful feature film debut by Wolff, and he demonstrates well here another side of his talent. By the way, I later came to learn that his older brother Nat Wolff, who has also been quite prominent since his supporting turn in “The Fault in Our Stars” (2014), is currently working on his first film, and it will be really interesting to see how much these two brothers will advance with their respective directing careers during next several years. 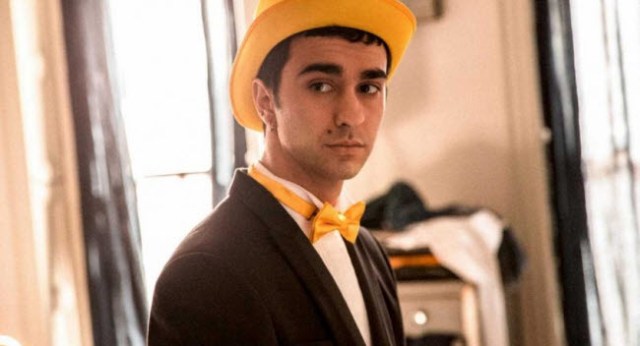 This entry was posted in Movies and tagged Addiction, Coming-of-age drama, Romance. Bookmark the permalink.