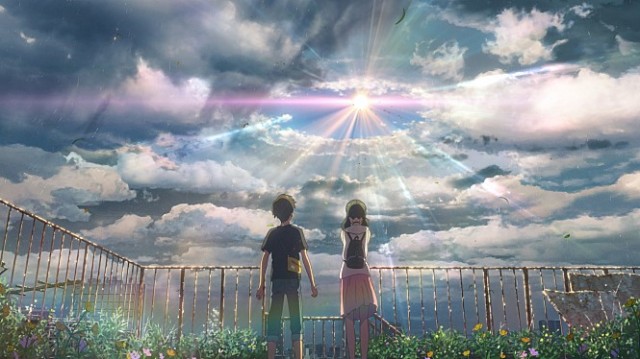 I think I am a little too grounded in reality to enjoy Japanese animation film “Weathering with You”, which was recently selected as the Japanese entry for Best Foreign Language Film Oscar in this year. While it surely looks fantastic for a number of grand and lovely depictions of weather and its urban background on the screen, I felt often impatient with its thin storytelling accompanied with occasional melodramatic plot contrivances, and I only came to admire it from the distance without enough emotional involvement in its story and characters.

The story mainly revolves around Hodaka (voiced by Kotaro Daigo), a 16-year-old high schooler who runs away from his isolated rural island home for Tokyo. Although he soon comes to realizes how tough and difficult it is to live alone in Tokyo for a young boy like him, he fortunately gets some help from Keisuke (voiced by Shun Oguri), a writer who happened to be save Hodaka on a ship going to Tokyo and subsequently gave Hodaka his calling card. It turns out that Keisuke has run a cheap magazine dealing with anything sensational or interesting enough to draw its readers’ attention, and Hodaka soon gets employed as an intern writer even though he is a little too young for that.

While he is looking for any good material for his magazine article, Hodaka comes to hear about a young girl with the mysterious ability to change the weather. Because Tokyo has somehow been under the rainy weather for more than one month without any possibility of sunny day at present, many people are curious about who that girl in question is, but nobody knows her identity yet. Seeing an interesting opportunity, Hodaka begins to search for that girl, and, what do you know, he soon comes across that girl, who turns out to have already encountered him before under a rather desperate situation for him.

Her name is Hina (voiced by Nana Mori), and she is about to be forced into a certain unpleasant job when she encounters Hodaka again. Although she does not mind this circumstance at all, Hodaka takes an active action to help and save Hina because, well, he comes to have a crush on her even though they do not know each other much, and she appreciates that despite her perplexity. 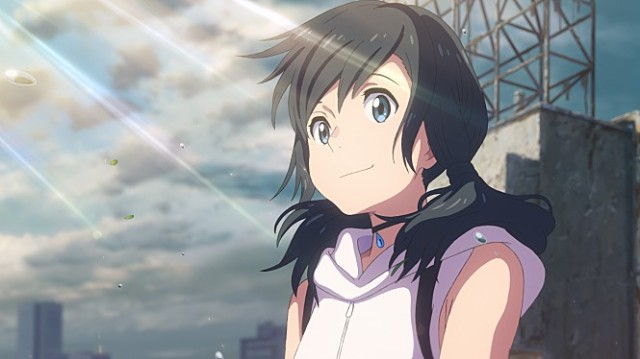 Anyway, after coming to see that Hina does have the power to change the weather, Hodaka suggests that they should do a certain service business together on the Internet. All she has to do for bringing sunny weather is just praying hard in her mind, and their business quickly becomes quite successful as they frequently receive heaps of requests everyday. While she can only change the weather temporarily in a small area, everyone is quite pleased to see the blue sky as well as the shining sun after so many cloudy days, and Hodaka comes to feel more attraction toward Hina, who also comes to sense the growing mutual feeling between them.

Of course, things become a lot more serious later in the story. The police are looking for Hodaka not only because of running away from his home but also because of a certain criminal object he happened to possess, and Hodaka decides to run away along with Hina and her little brother, but there is one big problem. As it is already revealed to us in advance, Hina’s supernatural power comes with a big price to be paid sooner and later, and that means Hodaka and Hina may never see each other again.

Around that narrative point, the story becomes quite melodramatic as expected, and the screenplay by director/writer Makoto Shinkai, who previously made “Your Name” (2016), goes all the way along with its main characters as required, but I did not agree well to its blindingly sentimental viewpoint on love. Sure, love is bound to come first for you when you are madly in love with someone, but what its two main characters ultimately commit in the name of love during the finale is not handled with enough gravitas, and the consequence of their action is handled too lightly in my humble opinion. 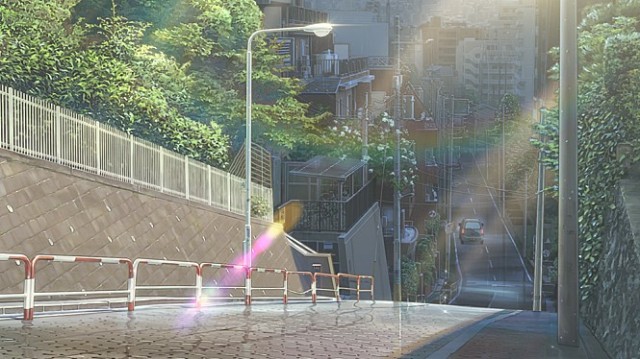 Anyway, the film looks pretty fabulous with those memorable moments generated from its painstaking cell animation. As shown from “Your Name”, Shinkai really knows one or two things about how to present urban landscapes with mood and details to be savored, and these gorgeous urbane landscapes in the film look all the more fantastic thanks the vivid visual presentation of several different weather conditions in the sky. As a result, the streets and alleys of Tokyo under rainy weather look as poetically gloomy as you can imagine, and the film always dazzles us whenever a bright ray of sunshine comes up this constantly melancholic background.

However, this excellent visual aspects in the film do not wholly compensate for a number of weak aspects in the story. Besides its superficial narrative which occasionally feels stretched out a bit too much, I was distracted a lot by several plot contrivances during the last act, and I was also not so uncomfortable with how the film regards Hina and several other female characters in a rather voyeuristic way from time to time.

On the whole, “Weathering with You”, whose original title is “Child of Weather”, is another well-made animation film from Shinkai, but, like “Your Name”, it does not particularly appeal to me that much. I cannot recommend it because I felt dissatisfied too often during my viewing, but I will not stop you if you are simply looking for anything different from those mediocre Hollywood digital animation films out there. 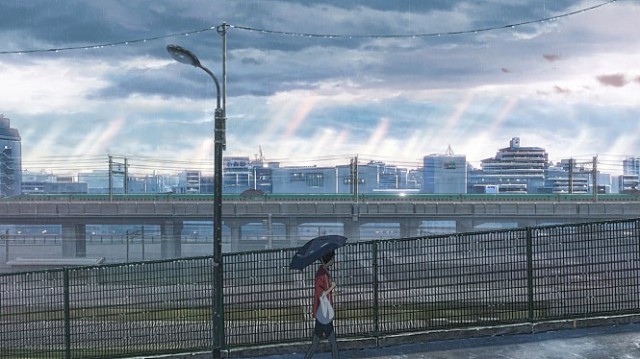