To my disappointment, South Korean romantic comedy film “Crazy Romance”, whose original title is “The Most Ordinary Romance”, turns out to be very ordinary while not bringing anything particular new to its genre territory. Although it is not entirely without charm and wit mainly thanks to the efforts of its two lead performers, the movie is often hampered by its predictable storytelling and thin characterization, and I was only mildly entertained from time to time without much care or attention.

At the beginning, we see how things have been unhappy and miserable for Jae-hoon (Kim Rae-won), who recently had a breakup with his fiancée right before their wedding day. Still not recovering from the breakup, he frequently drinks whenever he can after his working hour, and we get some laughs from his messy apartment strewn with many things including a cat which somehow comes inside his apartment and then stays there.

When Jae-hoon is going through another drinking evening along with his work colleagues, they happen to witness a rather embarrassing incident involved with Seon-yeong (Gong Hyo-jin), a new female employee who had her first working day at Jae-woon’s workplace. A guy suddenly approaches to her, and he boldly proposes to her while everyone around them is watching, but it subsequently turns out that she actually ended her relationship with him some time ago because he cheated on her. 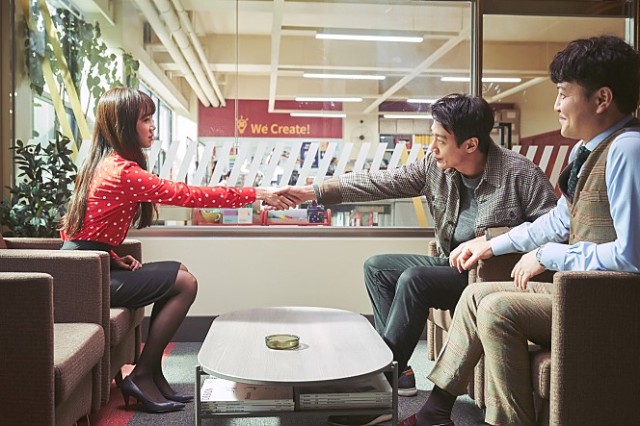 Although one of his close colleagues keeps saying to him that Seon-yeong is an ideal match for him, Jae-hoon is still not that eager to approach to her as frequently sending text messages to his fiancée. He continues to drink as usual, and that leads to a very embarrassing incident between him and Seon-yeong at one night, who comes to learn a lot about his miserable current status as a consequence.

Jae-hoon subsequently apologizes to Seon-yeong, and everything looks all right between them as before, but then they find themselves drawn to each other when they come to drink together in private shortly after they attended an evening drinking party along with their work colleagues. As they drink and talk with each other more or more, something seems to be developed between them, but they still hesitate as two jaded people who surely know well how bitter and hurtful it is when one fails in romance.

It is not much of a spoiler to tell you that Jae-hoon and Seon-yeong subsequently get more attracted to each other as they tentatively pull and push each other, and we accordingly get a number of comic moments generated between and around them. While I was not so amused by a silly scene where they happen to be stuck with a drunken work colleague of theirs, I chuckled a bit as watching how Jae-hoon tries to take care of the aforementioned cat, and I also enjoyed a part involved with Jae-hoon’s unfortunate injury, which functions well as a nice gag between him and Seon-yeong.

However, once it reaches to a certain expected narrative point along with its two main characters, the movie begins to lose its focus and momentum while also considerably suffering from plot contrivance. Although Jae-hoon surely becomes conflicted over his matters of heart after a sudden plot turn, his conflict is eventually resolved in a way too easy and artificial, and the movie also does not provide enough emotional ground for Seon-yeong while only giving us a few brief scenes showing a bit of her private life.

Anyway, the two lead performers are fairly adequate as filling their respective roles as demanded. While Kim Rae-won brings some sincerity to his flawed character, Gong Hyo-jin, who recently appeared in “Door Lock” (2018), shines with her inherent star quality, and she has a few sharp moments later in the film as making some acerbic points on sexual prejudice and discrimination. In case of the other main cast members of the film, they are unfortunately under-utilized due to their underdeveloped supporting characters, and I must confess that I cringed whenever some of them overacted on the screen for cheap laughs. To be frank with you, the cat in the film is more memorable to me than any other substantial supporting character in the film.

“Crazy Romance” is the first feature film from director/co-writer Kim Han-gyu, who wrote the screenplay with Oh Hyo-jin. The movie is a competent product on the whole, and I enjoyed some of its good aspects, but I still feel dissatisfied mainly because its story does not generate enough humor and drama to engage me. Sure, it is relatively more pleasant than a certain unpleasant comic book villain movie which is also being shown in South Korean theaters at this point, but I must point out that there are better South Korean romantic comedy films out there such as “Very Ordinary Couple” (2012), and I would rather recommend them to you instead because they have more humor and wit in comparison. 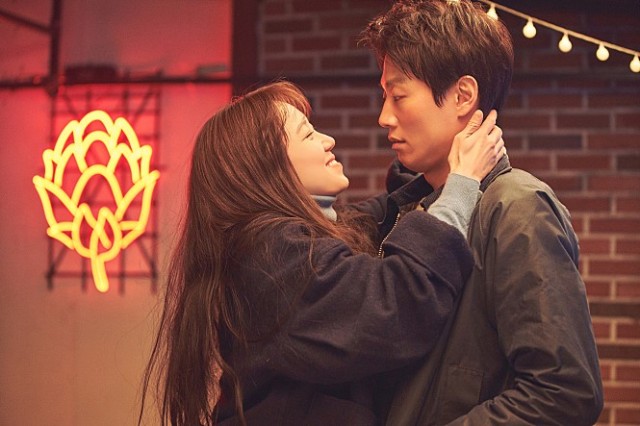 This entry was posted in Movies and tagged Comedy, Romance, South Korean Film. Bookmark the permalink.