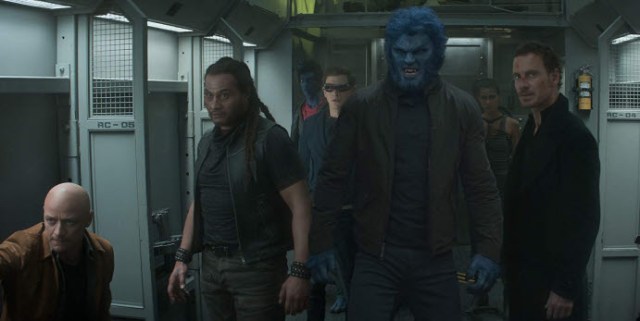 “Dark Phoenix”, the last chapter for what was begun with “X-Men: First Class” (2011) and then continued with “X-Men: Days of Future Fast” (2014) and “X-Men Apocalypse” (2016), is messy and tedious to say the least. While merely trudging from one clunky moment to another, this mediocre dreck does not generate any tension or narrative momentum at all, and it is quite dissatisfying even when it is supposed to deliver a grand finale for what has been steadily built up via its several predecessors.

After the prologue set in 1975, the movie begins with the latest heroic moment of a bunch of mutant characters led by Charles Xavier/Professor X (James McAvoy). When a space shuttle is suddenly thrown into an unexpected big trouble caused by what looks like an solar flare, Xavier promptly sends his several mutants for rescuing those astronauts in the space shuttle, and, despite the considerable risk in this urgent circumstance, everyone including those astronauts safely returns in the end.

However, there is one problem. During the last minutes of the rescue mission, Jean Grey (Sophie Turner), a young mutant capable of psychokinesis and mind reading, happens to be exposed to that mysterious flare, and she fortunately manages to survive this incident, but it soon becomes quite apparent that something serious is happening inside her body and mind due to this incident. Despite the efforts of Xavior, Raven Darkhölme/Mystique (Jennifer Lawrence), and Hank McCoy/Beast (Nicholas Hoult), she becomes far more unstable as scared and confused about her increasing power and ability, and she also become quite angry once she comes to learn of what Xavier has suppressed inside her mind.

After one big subsequent clash with Xavior and her fellow mutants which results in a tragic consequence, Grey goes to Erik Lehnsherr/Magneto (Michael Fassbender), who has quietly been living in a remote spot along with some other mutants. At first, he does not want to get involved with Grey at all, but then he becomes quite vengeful when Hank approaches to him and then informs him of what Grey inadvertently committed, and that naturally puts him into another conflict with Xavier, who still believes there is a chance for Grey despite those havocs caused by her.

Meanwhile, the situation becomes more complicated when it turns out that there are a group of alien entities who want to get the source of Grey’s power. Led by their leader who happens to assume the appearance of Jessica Chastain shortly after the arrival in the Earth, they will not stop at nothing to get what they need for conquering the Earth (is that a spoiler?), and it does not take much time for them to confront Xavier and Lehnsherr, who soon come to see that they should stick together for stopping these aliens regardless of their different opinions on what they should do with Grey.

Considering its numerous characters and sprawling plotlines, the movie may need to be as long as, say, “Avengers: Endgame” (2019), but the screenplay by director/writer Simon Kinberg unwisely attempts to do everything within less than 2 hours, and the result frequently suffers from the deficiency in terms of story and characters. While the villains in the story are even less interesting than that big bad guy of “X-Men: Apocalypse”, our mutant characters remain to be more or less than plot elements to be moved around here and there as required, and that is the main reason why we do not sense much of what is being at stake for them even during the climactic part of the movie. 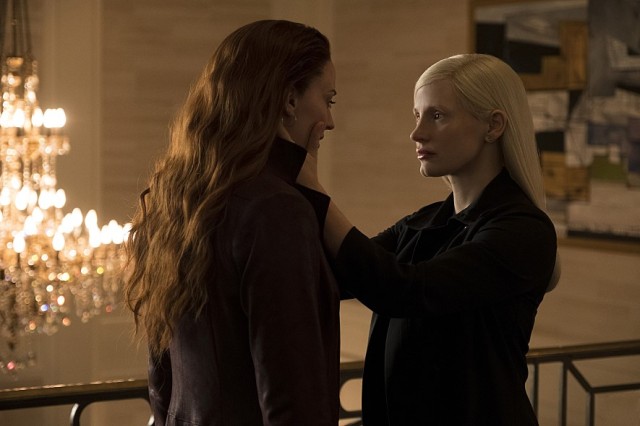 On the technical level, the movie provides us lots of CGI actions as expected, but they mostly look dull and uninspired on the whole, and that made me a bit nostalgic about “X-Men: The Last Stand” (2006). While that film was not very good in some aspects, I was rather generous to it because it delivered several big, enjoyable moments as demanded, and, in my trivial opinion, it did a better job of handling its similar plotline.

Above all, the movie seriously wastes the considerable talent of its main cast members. James McAvoy, Michael Fassbender, Nicholas Hoult, and Jennifer Lawrence comfortably slip into their respective roles as before, but none of them is particularly utilized well here in this film, and I was not so pleased to see Lawrence stuck in her thankless task without many things to do. In case of other notable performers in the film, Sophie Turner and Jessica Chastain try to have some fun as dabbling in their respective characters’ dark sides, but they are hopelessly limited by their bland characters, and the same thing can be said about Tye Sheridan, Kodi Smit-McPhee, Alexandra Shipp, and Evan Peters, who sadly does not give us anything as funny and exciting as what he did in “X-Men: Days of Future Past” and “X-Men: Apocalypse”.

Besides being one of the most disappointing summer blockbuster films of this year, “Dark Phoenix” is a lackluster ending for the 19-year-old franchise full of ups and downs ranging from “Logan” (2017) to “X-men Origins: Wolverine” (2009), and the only consolation for us is that, considering the ongoing trend of recent superhero movies, the franchise will be rebooted sooner or later. It is not as terrible as I dreaded before walking into the screening room, but it was quickly disappeared away from my mind once I promptly moved onto another movie to watch, and that was all.