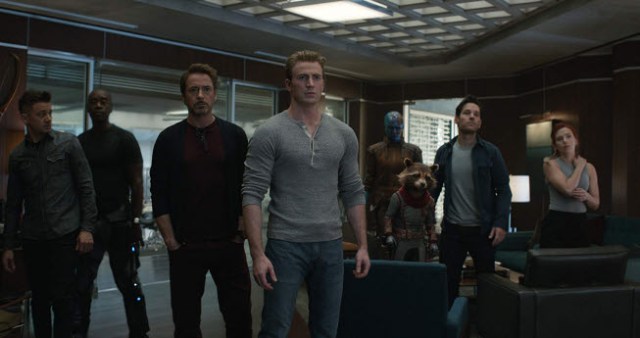 My mind often went stray as I was watching “Avengers: Endgame” at last night. While it is undeniably a big, ambitious finale for what has been steadily developed via more than 20 films during last 11 years, the movie still feels to me like an indistinctive mixed bag which is as safe and predictable as its predecessors including “The Avengers” (2012), and I came out of the screening room without much excitement or satisfaction while my mind quickly moved onto other movies to watch.

The movie begins at the point not long after what happened in “Avengers: Infinity War” (2018). After the half of the population of the entire universe was wiped out by a powerful alien villain named Thanos (Josh Brolin), the remaining Avengers members including Steve Rogers/Captain America (Chris Evans) try to capture Thanos and then fix the situation, but it looks like there is nothing they can do even after Carol Danvers/Captain Marvel (Brie Larson) enters the picture as your average deus ex machina, and things continue to look glum and depressing for everyone on the Earth during next 5 years.

However, as Dr. Stephen Strange (Benedict Cumberbatch) saw shortly before being wiped out along with many others in “Avengers: Infinity War”, there is actually a small chance for reversal. Through Scott Lang/Ant-Man (Paul Rudd), Natasha Romanoff/Black Widow (Scarlett Johansson) come to learn of a possible way to restore the universe, and she and Rogers gather several other remaining Avengers besides Tony Stark/Iron Man (Robert Downey Jr.), who is not so eager at first but eventually comes to join his colleagues once he happens to discover how to help them technically. 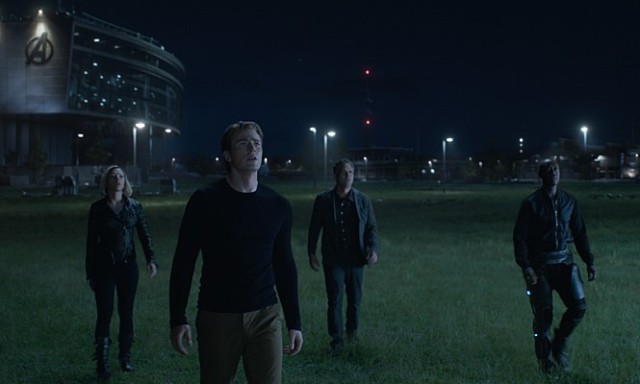 As its superhero characters try to get along and work well with each other during its first half hour, the movie lightens up the mood from time to time, and the audiences around me reacted well to a series of humorous moments during this part. While Thor (Chris Hemsworth) often functions as the source of silly laughs due to his current condition which is not that ideal to say the least, Bruce Banner/Hulk (Mark Ruffalo) also gives us a few nice chuckles as being in a sort of equilibrium between his two very different sides, and Rocket (voiced by Bradley Cooper) surely provides a number of wisecracks as usual.

I will not describe in details how our superhero characters hurl themselves into their very risky operation, but I can tell you instead that the movie will give you many different familiar things as busily handling its multiple plot lines, and you will have lots of fun with that if you a big fan of the films of Marvel Cinematic Universe (MCU). While I was amused a bit when a number of certain types of SF/fantasy films were mentioned together at one point, I also enjoyed some of crucial moments during this part, and my biggest laugh came from when Rogers comes to do something he probably never imagined before (Hint: it is only uttering two certain words).

However, the movie often loses its narrative pacing during this part as busily hopping among its multiple plot lines across time and space. Although it is relatively more focused compared to “Avengers: Infinity War”, it sometimes seems to be more interested in looking back at its predecessors and other MCU films for its target audiences than advancing its plot and characters forward, and that frequently made me impatient during my viewing. 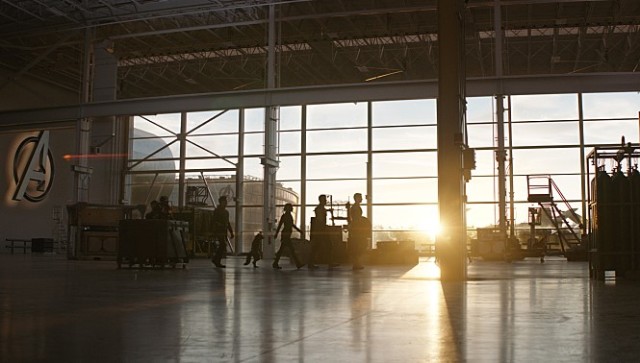 Above all, the movie did not surprise me much during its climax sequence, which is merely filled with lots of CGI actions and MCU characters. This part is handled well under the competent direction of directors Anthony and Joe Russo, but it is still without much sense of awe and wonder, and I could clearly sense that the directors only try to impress us in terms of scale and quantity. As a result, I came to feel more weariness as watching the following epilogue part, which is as long as the ending of “The Lord of the Rings: The Return of the King” (2003) but is not entirely without poignancy at least.

The main cast members of the film fill their individual spots as required, and Robert Downey Jr., Chris Evans. Chris Hemsworth, Mark Ruffalo, Paul Rudd, Don Cheadle, Scarlett Johansson, Brie Larson, Karen Gillan, Bradley Cooper, Jeremy Renner, and Josh Brolin comfortably inhabit their respective characters as before. While Downey and Evans did a good job of holding the center of the film together, Hemsworth, Ruffalo, Rudd, and Cooper dutifully provide humor and laughs, and Brolin, Renner, and Cheadle are also effective in their more serious supporting roles. In case of Gillan, Larson, and Johansson, they are unfortunately stuck with their thankless roles, and Larson is particularly wasted compared to her feisty performance in “Captain Marvel” (2019), while Gillan and Johansson manage to overcome their disadvantage to some degree.

Although it is a bit better than its predecessors, “Avengers: Endgame” did not engage me enough while not trying anything particular new or different, so I cannot recommend it, but, considering what I sensed from the audiences around me at last night, it will surely enjoy its big commercial success around the world during next several weeks as also opening the door for more MCU movies in the future. I only hope they will be more refreshing and imaginative than this huge product which does not take much risk while just staying inside the boundaries of its franchise. 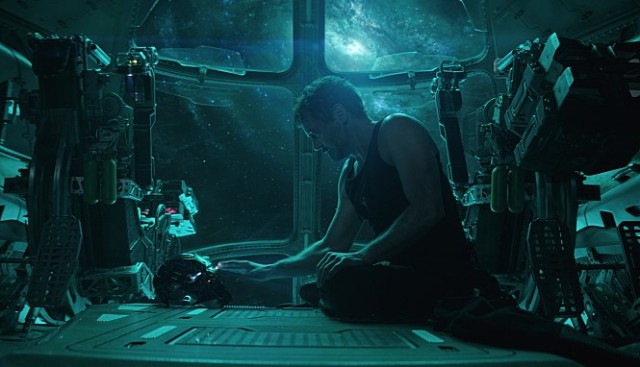 This entry was posted in Movies and tagged action, Alien, Fantasy, SF, Superhero. Bookmark the permalink.