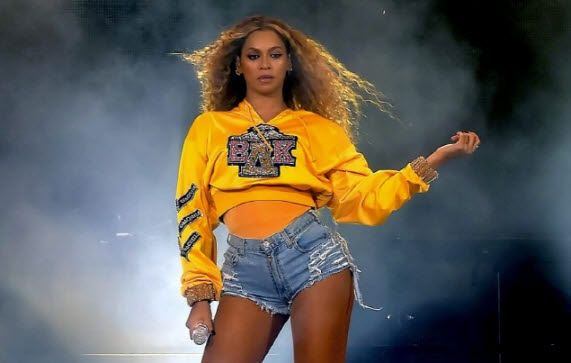 First, let me confess to you that I have underestimated Beyoncé for a rather silly reason. While I have not paid much attention to many of her songs, I only watched her in a few films including “Dreamgirls” (2006) and “Cadillac Records” (2008), and, in my humble opinion, she was not exactly the best thing in those films (Remember how Jennifer Hudson stole the show from her in “Dreamgirls” and then got away with that?). Probably because of that, I have regarded her without much interest, and I did not even check that iconic music video of hers when it came out it in 2016.

When I watched the trailer of Beyoncé’s concert film “Homecoming” last Tuesday, I did not have much expectation, but then I read a couple of enthusiastic positive reviews including the one written by Peter Sobczynski of rogerebert.com, so I decided to give the film a chance, and, what do you know, it is fantastic enough to change my opinion on her completely. While it goes without saying that she is a star performer to behold, the movie is pretty awesome for vividly presenting a spectacular showcase of her talent and personality along with a tremendous amount of style and substance to be savored, and it is definitely something you should not miss.

As many of you know, the main subject of the film is Beyoncé’s performance at the 2018 Coachella Valley Music and Arts Festival, and it captures our attention right from the beginning as showing her glorious entrance to the stage. Accompanied with a bunch of dancers and musicians on a big pyramidal bench, she makes quite a striking expression of her racial/cultural identity in front of thousands of excited audiences, and that is more than enough for us to have some expectation on what will come next. 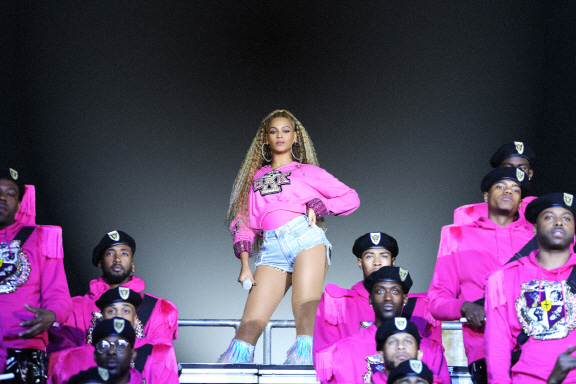 And she surely does not disappoint us at all as dazzling us with a series of superb moments of music and dance. Although many of her songs are not that familiar to me, I was very impressed by how she skillfully delivers her songs with lots of spirit and energy, and I was also enthralled by the palpably rapturous vibes generated by her and those dancers and musicians behind her, who are clearly doing their best while vigorously throwing themselves into the performance just like her.

Never boring us throughout its 137-running time, the movie keeps going on and on with these and other terrific moments including the brief appearance of Jay-Z, Solange, Kelly Rowland, and Michelle Williams. Whenever I thought it could not possibly get better than what I had just watched, the movie surprised me with more things to behold, and Beyoncé, who also co-directed the film, and the crew members of the film did a magnificent job of presenting her performance with considerable verisimilitude. While the cameras of cinematographer Mark Ritchie dexterously capture big and small moments to be appreciated, the editing by Alexander Hammer, Andrew Morrow, Nia Imani, and Julian Klincewicz is busy but precise and efficient without causing any confusion, and the overall result is often exuberant and galvanizing to say the least.

And there are also archival footage clips which give us some glimpses into Beyoncé’s long, arduous preparation process for the concert. Although she was not exactly in an ideal condition for the concert not long after giving birth to her twins in 2017, she decided to push herself hard for what would be one of the defining moments in her long artistic career, and the movie shows us how she diligently prepared many different things along with numerous people including dancers, musicians, choreographers, and technicians. 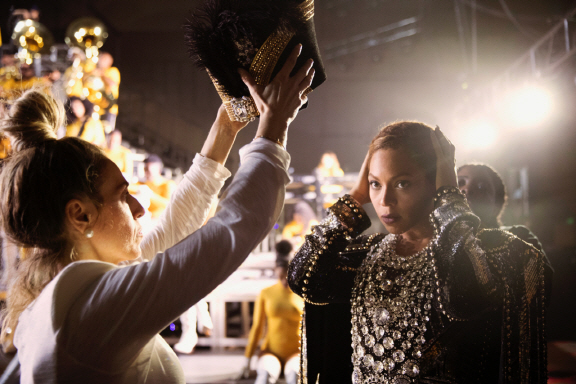 As watching Beyoncé and others preparing and practicing a lot for the concert, I was reminded again of how difficult it is to do a big concert in front of audiences. Anything could go wrong at any point during the concert, and she certainly felt enormous pressure as the first black female artist to headline the Coachella Valley Music and Arts Festival.

Nevertheless, once the showtime begins, she effortlessly radiates her star quality on the stage while also making her own cultural statement as she previously did through her 2016 music video. As reflected by several interesting moments involved with female empowerment, she boldly expresses her feminist belief in front of her audiences, and we are surely confirmed that she is a true artist in the total control of her artistry and public image. Around the end of the movie, I came to admire her far more than before, while sincerely hoping for a good film fully utilizing her undeniable talent (Remember when she received a Razzie nomination for “Obsessed” (2009)?).

On the whole, “Homecoming”, which was released on Netflix last Wednesday, is a supreme concert film which deserves to be mentioned along with other recent notable concert films such as “Shine a Light” (2008). Although I am a guy who usually hates going to a big, loud music concert (I still cringe whenever I happen to reminisce about when I attended a Nine Inch Nails concert without earplugs, by the way), I came to envy those people watching the Beyoncé’s performance at the 2018 Coachella Valley Music and Arts Festival, and that certainly says a lot about how effectively the movie worked on me. I am glad that it becomes widely available for many of us thanks to Netflix, but, to be frank with you, I cannot help but wonder now how wonderful it will be to watch it at big movie theater. 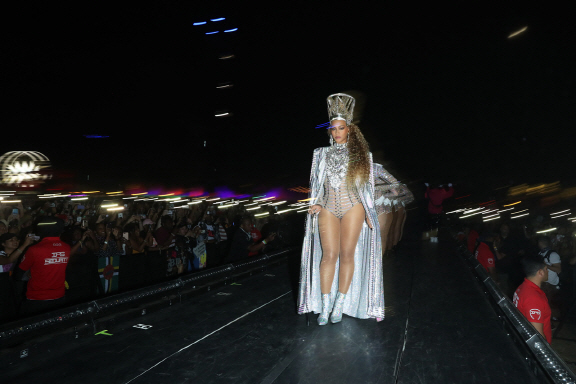 This entry was posted in Movies and tagged Concert, Musician, Real-life figure, Singer. Bookmark the permalink.