I am still not that sure whether I understand everything presented in South Korean noir thriller film “Idol”, which sometimes seems to signify nothing but confusion and frustration. While that probably does not matter much considering how adamantly murky the movie is from the beginning as your typical noir thriller, it was often difficult for me to care about where the story and characters are going, and I only found myself disoriented a lot even while admiring the considerable efforts from the cast and crew members.

In the beginning, we are introduced to Koo Myung-hui (Han Suk-Kyu), a popular province councilor who is about to run in the upcoming province governor election. Shortly after he comes back from his oversea trip, Myung-hui receives an urgent text message from his wife which informs him of a hit-and-run accident committed by his problematic son, and we see how he handles this situation once he arrives at his residence. Without any hesitation, he promptly decides to report the incident to the police, but he does some cover-up in advance for his son as well as his political career, and it looks like everything will be taken care of well for him and his family in the end, though his son is going to spend a few months in prison.

However, Yoo Joong-sik (Sol Kyung-gu), an ordinary working-class guy who suddenly lost his dear son because of the incident, is quite determined to find what exactly happened. Around that time, Joong-sik’s son was with a Chinese Korean woman named Ryun-hwa (Chun Woo-hee), but she was disappeared shortly after the incident, and Joong-sik hopes to find Ryun-hwa as soon as possible before she is found by Myung-Hui, who certainly wants to silence her for preventing any more trouble for him and his family. 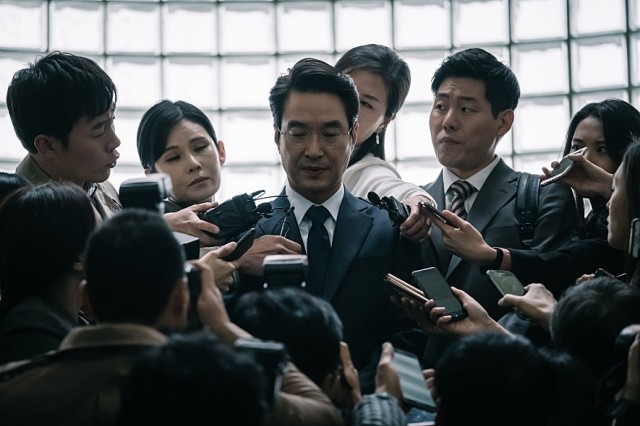 As Myung-hui and Joong-sik separately search for Ryun-hwa, the plot thickens step by step. While continuing to prepare for the upcoming province governor election, Myung-Hui personally approaches to Joong-sik, and that leads to a tense and awkward moment among them and their family members. While quite frustrated and exasperated with his disadvantaged position compared to Myung-Hui’s, Joong-sik comes to get a few possible clues to Ryun-hwa’s whereabouts, and there are also a few people willing to help him for finding the truth behind the incident.

And it is gradually revealed that Ryun-hwa is not a mere victim/witness at all. While it goes without saying that she married Joong-sik’s son for getting her denizenship, it is also implied that there were some very unpleasant things in her past, and Joong-sik later comes to learn a bit more about Ryun-hwa from a Korean Chinese woman who still feels quite angry and bitter about her for a good reason.

After Ryun-hwa is finally found, the situation becomes quite more complicated than before. I will not go into details here, but I can tell you instead that Joong-sik subsequently finds himself in a very ironic situation where he has no choice but to make a certain compromise for what he desperately wants from Ryun-hwa, and we accordingly get a darkly absurd moment as he make a rather embarrassing speech in front of others including Myung-hui.

Unfortunately, the movie begins to crumble amid more confusion and bafflement during its last act, and this is really a shame considering how it steadily builds up mood and tension on the screen during its first two acts. Thanks to cinematographer Son Won-ho, the movie is constantly shrouded in gloomy and nervous atmosphere, and we naturally come to sense that things will not go well for everyone in the story no matter how much they try to deal with their increasingly messy circumstance. 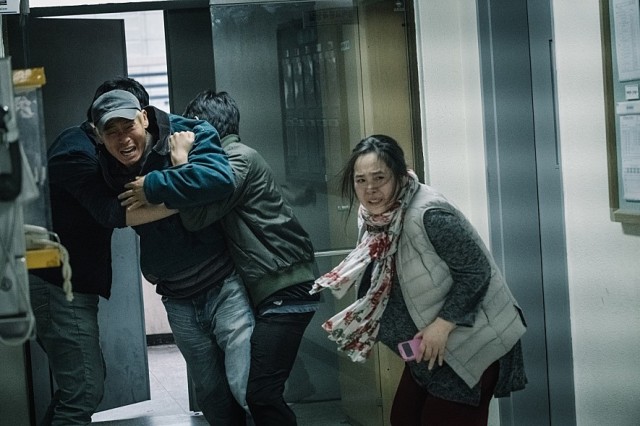 Above all, we never care that much about its three main characters or what will happen to them in the end. While they are mostly unlikable to say the least, they are merely broad figures to be manipulated in one way or another, and the relentlessly convoluted narrative of the movie puts more distance between us and its main characters. In case of a number of substantial supporting characters in the film, they are bland and colorless without much human quality, and I was particularly bothered by the stereotypic depiction of Ryun-hwa and other Korean Chinese characters in the film (Their lines are sometimes hard to understand even to South Korean audiences like me, by the way).

Anyway, the three main performers of the movie do their best with their respective parts, and all of them give good performances which surely deserve a better film with more coherency in terms of story and characters. While Han Suk-kyu is effective especially when his character tumbles into his moral quagmire, Sol Kyung-gu is suitably cast in his down-to-earth role, Chun Woo-hee, who was unforgettable in director/writer Lee Su-jin’s remarkable debut film “Han Gong-ju” (2013), leaves a strong impression as ably holding her place well between her two co-performers.

Despite its several good things to be appreciated, “Idol” does not fully work well enough to engage us, and I am still scratching my head on those numerous disorienting aspects of its story even at this point. Maybe I should watch it again for grasping its story and characters more, but, to be frank with you, I do not feel any particular urge to revisit it now, and that is why I conclude that it ultimately fails in its supposedly ambitious storytelling attempt. Sure, I do not mind being confused and baffled, but, folks, I felt only numb and exhausted without much interest and curiosity as walking out of the screening room, and that was all. 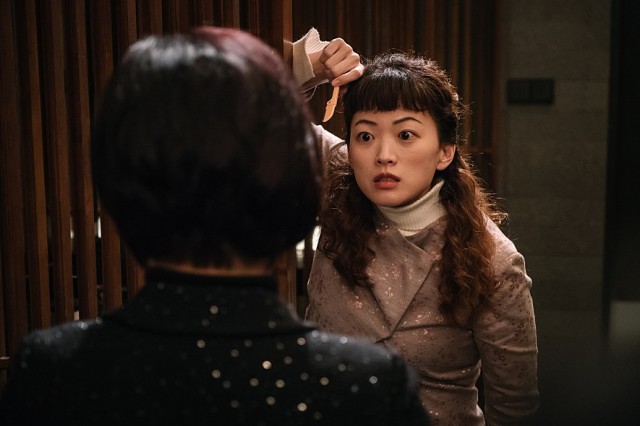