Mexican film “I Dream in Another Language” is a haunting story about two old men and a fading fictional language shared between them. As gradually revealing the past between them, the movie provides several mesmerizing moments of poetic beauty and dreamy myth along with vivid local atmosphere to be savored, and the result is certainly one of the most gorgeous films I saw during recent years.

At the beginning, the movie shows us the arrival of a young linguist named Martín (Fernando Álvarez Rebeil) in a small rural village. He comes here for studying and preserving a local language called Zikril, but there are only three people in the village who can speak Zikril at present, so he wants to get as much as from these people before they pass away.

Two of these people are willing to help Martín. Because Isauro (José Manuel Poncelis), an old man who has lived alone at the fringe of the village for more than 50 years, cannot speak Spanish, Flaviana (Norma Angélica), an old lady who can speak both Spanish and Zikril, accompanies Martín for translation, and we soon see Martín enthusiastically recording a conversation between Flaviana and Isauro.

However, Flaviana suddenly dies not long after that, so Martín has to seek for help from Evaristo (Eligio Meléndez), an old grumpy guy who is now the only village resident who can speak both Spanish and Zikril. Because Evaristo previously refused to get involved with Martín’s research due to the longtime personal animosity between him and Isauro, Martín tries to be tactful as much as possible in his request, but Evaristo firmly rejects Martín’s courteous request again, and that certainly frustrates Martín a lot. 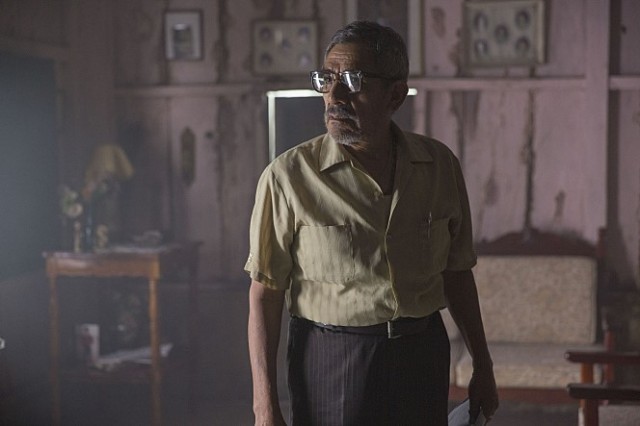 At least, Martín gets some help from Evaristo’s granddaughter Lluvia (Fátima Molina), who has ironically taught an English lesson on a local radio program. While Martín is willing to spend more time in the village for getting to know about its culture and language, Lluvia has been eager to get out of the village and go to US, but that personal difference between them does not inhibit much the growing mutual attraction between them, and they soon go to the next logical step not long after Martín eventually manages to get the agreement from Evaristo thanks to Lluvia, though Evaristo strictly forbids Martín to get closer to her.

When Evaristo finally comes to Isauro’s small shabby cabin along with Martín, it looks like the animosity between them still remains strong as before. Isauro seems to be willing to talk with his old friend, and it looks like Evaristo has some regret over Isauro, but Evaristo eventually walks away from the scene without saying much while Martín feels baffled and frustrated again with this failure to communicate between these two old men.

While getting closer to Martín, Lluvia confides to him what exactly happened between Isauro and Evaristo more than 50 years ago, and the movie accordingly gives us a series of flashback scenes showing when they were young and wild. During that time, Evaristo and Isauro had been quite close to each other, but, not long after a pretty girl came into the picture, they had a big fight for a reason I will not describe here in details, and then Isauro came to live alone while Evaristo subsequently married that girl.

Anyway, Martín later manages to persuade Evaristo and Isauro to meet each other again, and it seems they can get along well with each other again once they speak with each other in Zikril. Although their conversation is not translated to us, whatever is being exchanged between them feels clear to us, and it looks like they finally overcome their old bad feelings for restoring their friendship and, of course, helping Martín.

Not so surprisingly, the movie later takes a melodramatic plot turn, and that is where it becomes a little more conventional and predictable than before. There is an emotionally devastating moment as Isauro and Evaristo come to find that hate is strong as love between them, and that is naturally followed by a bitter moment for them and others around them.

Despite that weak aspect, the movie keeps holding our attention via its palpable local mood mixed with a touch of magic realism. Thanks to cinematographer Tonatiuh Martínez, the movie is constantly filled with crisp sceneries to appreciate for their natural beauty, and it sometimes segues into a realm of fantasy via the effective utilization of sounds and images.

And the movie never loses its human dimension thanks to the unadorned performance from its main cast members. While Eligio Meléndez and José Manuel Poncelis effectively complement each other during their scenes, Fernando Álvarez Rebeil and Fátima Molina have a nice low-key chemistry between them, and Norma Angélica is also solid in her small but crucial supporting role.

Overall, “I Dream in Another Language”, which won the Audience Award in the World Cinema Dramatic section when it was shown at the Sundance Film Festival early in 2017, is an engaging human drama to be admired for several good elements. Yes, I initially thought it was just another lofty arthouse flick, but it turned to be more accessible and enjoyable than expected, and I think you should give it a chance someday. 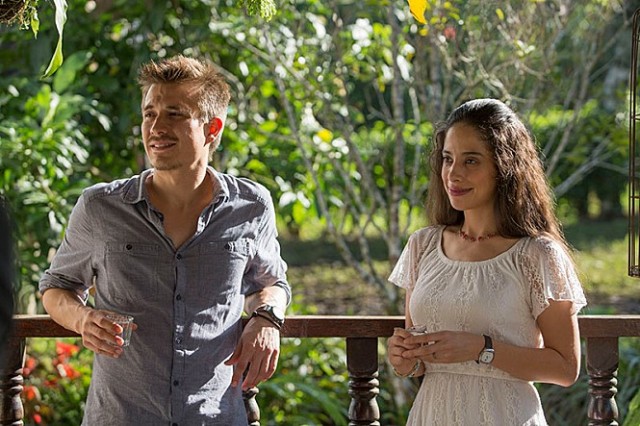 This entry was posted in Movies and tagged Friend, Language. Bookmark the permalink.