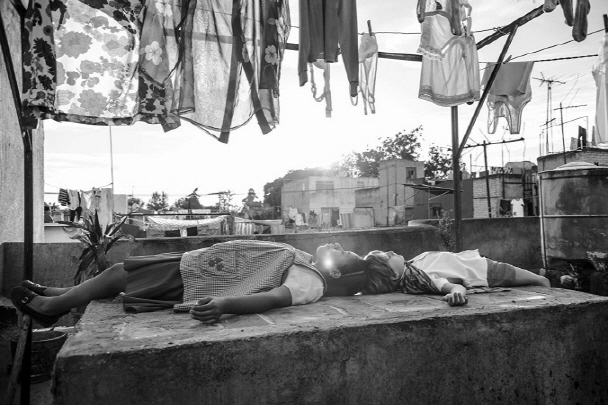 1. Roma
It is not so easy to describe how Alfonso Cuarón’s “Roma”, which recently won the Golden Lion award at the Venice International Festival, exactly worked on me. During its first 30 minutes, I wondered why many critics are so enthusiastic about it, though I admired its top-notch technical aspects including impeccable period atmosphere and details. During its next 60 minutes, I somehow kept paying attention to a series of small moments unfolded on the screen, though I still had some reservation on it. During its last 45 minutes, I was surprised to realize how much I was absorbed in its plain but effortless narrative, and then I was completely knocked down by several strong emotional moments, which made me fully understand not only what it is about but also how it is about. This is another superb achievement from Cuarón, and, though it demands considerable attention and patience from you especially during its first half, it will give you one of the most powerful movie experiences of this year. As many movie critics already said, this is indeed the best film of 2018. 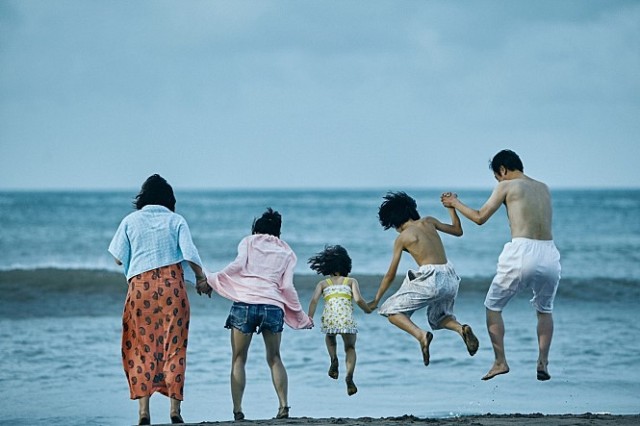 2. Shoplifters
Gentle and sensitive in its thoughtful storytelling, Japanese film “Shoplifters” is another masterful work from Hirokazu Kore-eda, one of the most humane filmmakers in our time. Calmly observing its main characters’ shabby but happy daily life, the movie generates numerous small but moving moments of understanding and empathy, and we are touched more as we come to know more about them later in the story. Since he made his first feature film “Maborosi” (1995), Kore-eda has never disappointed us during last 23 years, and “Shoplifters”, which received the Palme d’Or award at the Cannes Film Festival in this May, shows him at the top of his mastery.

3. Leave No Trace
Understated but undeniably powerful, Debra Granick’s “Leave No Trace” drew my attention right from its very first moment and then engaged me more through its intimate depiction of the strong relationship between its two main characters. As closely living with each other in their solitary world, they are happy and contented together, but there suddenly comes a moment of change, and the movie phlegmatically but empathetically depicts how their relationship is gradually affected by that. Like Granick’s previous film “Winter’s Bone” (2010), the movie is quite unforgettable for many reasons including the great performances by its lead performers Ben Foster and Thomasin Harcourt McKenzie, and it confirms to us again that Granik is one of the most interesting American filmmakers of our time.

4. First Reformed
Paul Schrader’s “First Reformed” is a calm but intense experience you will not forget easily. Intensely driven by moral and spiritual conflicts, it gives us a number of sobering moments to impress you with their considerable emotional intensity, and the overall result deserves to be mentioned along with Schrader’s best works such as “Mishima: A Life in Four Chapters” (1985) and “Affliction” (1997). This is indeed a tough stuff, but it is definitely worthwhile to watch considering its superb elements including Ethan Hawke’s tense, spellbinding lead performance, and I surely admire how it firmly sticks to its themes and subjects as generating some powerful scenes to remember.

5. Private Life
Tamara Jenkins’ “Private Life” is alternatively amusing and touching in its intimate and humorous depiction of an ordinary couple struggling with their infertility problem for a long time, who are deftly played by Kathryn Hahn and Paul Giamatti. While generating lots of small good laughs from their rocky emotional journey, the movie also looks closely into the ups and downs of their life and relationship, and we are often moved by a number of honest and sincere moments observed from them and other characters around them. In short, this is a small gem full of life and personality, and you will feel satisfied with its nearly perfect last shot after getting to know its main characters a lot more than expected.