“The Happy Prince” is a somber and melancholic drama about last years of Oscar Wilde, a famous Irish poet and playwright who was fallen to the bottom of misery and destitution just because of his love. While it is not that pleasant to watch him slowly lurching down to the end of his ruined life, the movie works as an elegiac tale of loss and despair, and I admire its several poetic moments although I observed its story and characters from the distance.

In the beginning, the movie gives us a little piece of background knowledge on how Wilde’s life was ruined by a scandalous legal trouble in 1895. Around that time, Wilde, played here in this film by director/writer Rupert Everett, was in a romantic relationship with Lord Alfred “Bosie” Douglas (Colin Morgan), and Lord Douglas’ father, the Marquess of Queensberry, was certainly not so amused by what was going on between his son and Wilde. When the Marquess of Queenbeery accused Wilde of sodomy in public, Wilde had him prosecuted for criminal libel, but that only led to the humiliating public exposure of Wilde’s homosexuality, and he was subsequently arrested and then sentenced to two years of hard labour.

After released in 1897, Wilde left for France, and the opening part of the movie shows us how desperate his situation becomes a few years later. His health condition has been quite bad, but he frequently drinks while often depending on the kindness of strangers including a British lady who happens to recognize him and then gives him some money. While he gladly accepts it from her, their brief encounter only reminds him of what is gone forever from his life, and that leads him to more bitterness and, yes, more drink.

The movie subsequently flashes backward to when his situation was relatively better. While many of Wilde’s friends and colleagues abandoned him after the scandal, Robbie Ross (Edwin Thomas), his literary executor who was once his lover, and Reggie Turner (Colin Firth), an author who was a very close friend of Wilde, have tried as much as they can for their ruined friend, and they provide Wilde a place to stay when he arrives in France as Sebastian Melmoth, an alias derived from Saint Sebastian and “Melmoth the Wanderer”, a gothic novel incidentally written by Wilde’s great uncle Charles Maturin,

As days go by, it seems Wilde may be able to restore his life to some degree while also continuing his writing career. Although still feeling quite hurt about his ‘gross indecency’, his affluent wife Constance (Emily Watson) provides him some weekly allowance while also hoping for his repentant return, and Wilde is willing to do that for reuniting with his two young sons, for whom he used to tell fairy stories including that famous one about a swallow and the statue of a prince.

However, Wilde soon comes to change his mind when Lord Douglas comes to see Wilde again. As one his loyal friends, Ross sincerely warns to his dear friend that Lord Douglas will bring nothing but trouble as before, but Wilde is adamant about meeting Lord Douglas again because, well, he is still helplessly in love with Lord Douglas despite what happened because of their romantic relationship. While looking handsome as required, Colin Morgan brings considerable sexual charge into his scenes, and we can understand why Wilde still yearns for Lord Douglas even though it is apparent that his lover is your average narcistic prick who usually cares about himself above all things. 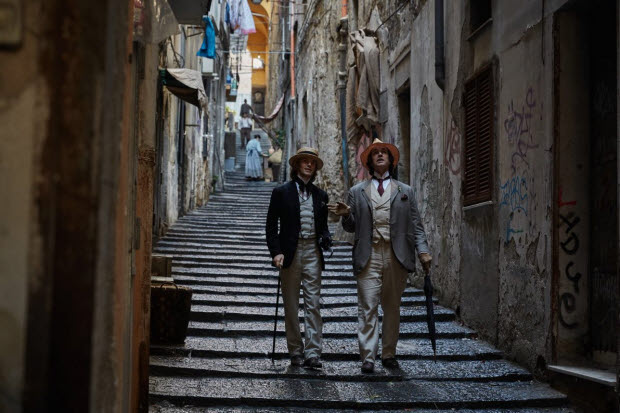 Not so surprisingly, their fun time does not last that long as they come to run out of money. Just for regaining his affluent and comfortable lifestyle, Lord Douglas comes to leave Wilde in the end, and Wilde becomes bitterer than ever as being tumbled into more despair and misery. He eventually goes back to France, and that is the beginning of his long, miserable progression to death.

While it becomes less interesting around that narrative point, the movie is still held well together by Everett’s diligent lead performance. Although I must point out that his screenplay often trudges mainly due to its pedestrian narrative pacing which is further exacerbated by non-chronological storytelling, he did a fairly good job of establishing a nice period atmosphere to engage us, and I also appreciate how ably his performance conveys his character’s deteriorating status while never resorting to begging for pity and sympathy from us.

Everett also assembles several good performers around him. While Morgan is alternatively charming and despicable as demanded, the other supporting performers in the film including Colin Firth, Emily Watson, Edwin Thomas, and Tom Wilkinson are cast well in their respective roles, and Watson has a few juicy moments as bringing life and personality to her seemingly thankless role.

Overall, “The Happy Prince”, which was in fact Everett’s passion project for no less than 10 years, is an arthouse film driven by mood and emotion rather than plot, and I think you will enjoy it more if you have some background knowledge on Wilde’s life and career. Sure, the movie was not exactly entertaining to me, but it was an interesting experience at least, so I recommend it with some reservation. 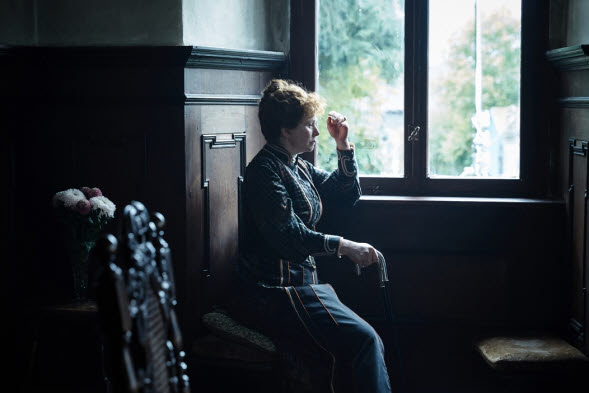