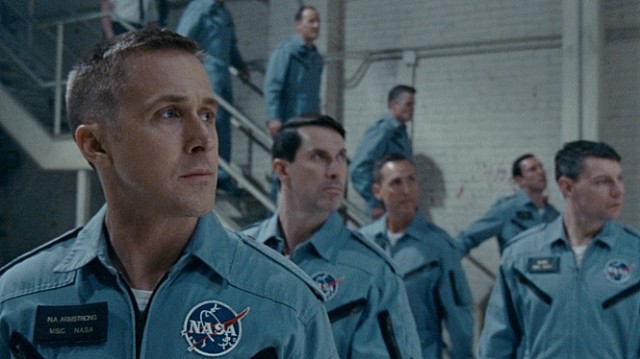 “First Man” is an ambitious but curiously detached drama about an elusive man who took one small step which was also a giant leap for mankind. While there are superlative moments vividly showing what he went through during his long progress culminating to that monumental moment of the human history, the movie sometimes loses its focus as trying to draw a big historical picture surrounding its adamantly distant hero, and it is rather dissatisfying at times as we do not get much insight on what makes him tick.

The movie looks around several years of the life and career of Neil Armstrong (Ryan Gosling), who was, yes, the first man who walked on the Moon. In 1961, Armstrong was just one of many test pilots willingly risking their lives during those highly risky test flights, and the opening sequence, which is alternatively exciting and terrifying, shows him in the middle of his latest test flight. As his career seems to be going nowhere after that test flight and he and his wife struggle to cope with the early death of their dear young daughter, Armstrong decides to try a new start, so he grabs an opportunity to participate in the Project Gemini of NASA in the next year, and we soon see him and several other trainees preparing for their mission step by step under the supervision of Deke Slayton (Kyle Chandler), a no-nonsense guy who is the Chief of the Astronaut Office.

While things do not look exactly good as their country is still behind Russia in the ongoing space race, Armstrong and other members of Project Gemini do their best anyway, and the movie pays considerable attention to their slow but steady progress during next several years. We get a very dizzy scene involved with a certain big training device which made me cringe for good reasons, and then we get a brief moment showing how much they study for their mission, and then we eventually watch Armstrong and his partner put into Gemini 8 before its launch. 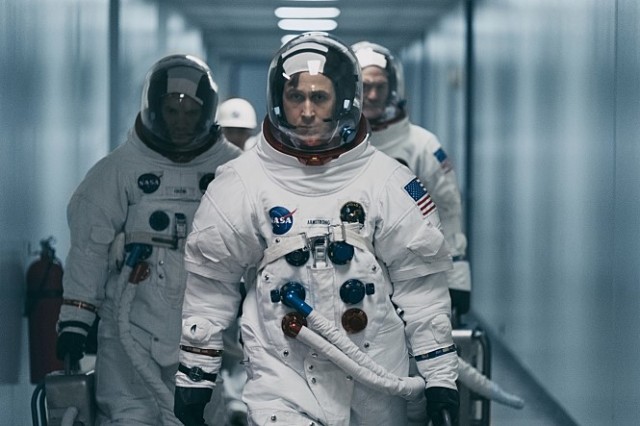 Throughout the following launch sequence, the movie steadily sticks to Armstrong’ viewpoint, and the result is quite intense from time to time. With frighteningly realistic sound details including creaking metallic sounds, the movie did a commendable job of immersing us into every risky moment Armstrong and his partner have to deal with, and we are relieved a bit when the movie later gives us an understated lyrical moment which is clearly influenced by that famous scene in Stanley Kubrick’s “2001: A Space Odyssey” (1968).

The movie also focuses on a number of problems and setbacks Armstrong and others in NASA faced during that time. There is a scary scene where Armstrong and his partner are thrown into a sudden danger around the end of their mission, and it surely reminds us of how things can go wrong in the space at any moment. Fortunately, Armstrong and his partner managed to handle well that perilous situation, and NASA moved onto Project Apollo with more confidence, but then there came a tragic accident which caused the death of its three astronauts on January 27th, 1967.

We subsequently get some glimpse into how the public opinion on space programs became more negative than before due to that disastrous accident, but the movie does not delve much into that. It only gives us a series of short moments showing the negative opinions on space programs during that time, and these moments feel rather superficial while not being mixed quite well along with the rest of the film.

Furthermore, the movie is often frustrating as constantly maintaining its distance from Armstrong, who rarely allows himself to express whatever is churning behind his calm, reserved appearance. It is clear that he is deeply hurt by the loss of his dear daughter, and the movie indirectly suggests that his quietly focused professionalism is his own way of driving himself away from grief, but we never feel like getting to know him even though cinematographer Linus Sandgren’s handheld camera frequently stares into his face. 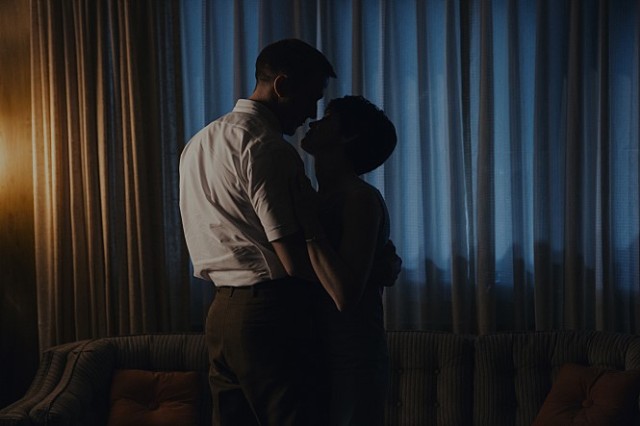 Nevertheless, Ryan Gosling, who previously collaborated with director Damien Chazelle in “La La Land” (2016), is commendable in his nuanced performance which subtly embodies his character’s decency and humanity without any unnecessary emphasis. At one particular point during the expected climactic part involved with the Apollo 11 mission, Gosling gives us a small but masterful example of low-key acting which poignantly implies his character’s private feeling, and that reminds us again of why he is one of the most versatile performers working in Hollywood.

Although the other characters surrounding Armstrong is underdeveloped in comparison, they are mostly played well by a bunch of notable performers including Claire Foy, Kyle Chandler, Corey Stoll, Pablo Schreiber, Jason Clarke, Christopher Abbott, Patrick Fugit, Lukas Haas, Shea Whigham, Brian d’Arcy James, Cory Michael Smith, Ethan Embry, and Ciarán Hinds. While Stoll, who has been more prominent since his supporting performance in the first season of TV series “House of Cards”, steals the show as Buzz Aldrin, Chandler and Hinds are dependable as usual, and Foy, who recently rose to stardom thanks to her acclaimed performance in TV series “The Crown”, is also solid as Armstrong’s supportive wife.

While it did not excite me as much as “The Right Stuff” (1983) and “Apollo 13” (1995), I recommend “First Man” for its considerable technical achievement. To be frank with you, I still feel distant to its detached storytelling to some degrees, but I enjoyed many of its highlights anyway, and it certainly deserves to be appreciated via big screen. It could be more compelling and revealing in my trivial opinion, but it is admirable at least. 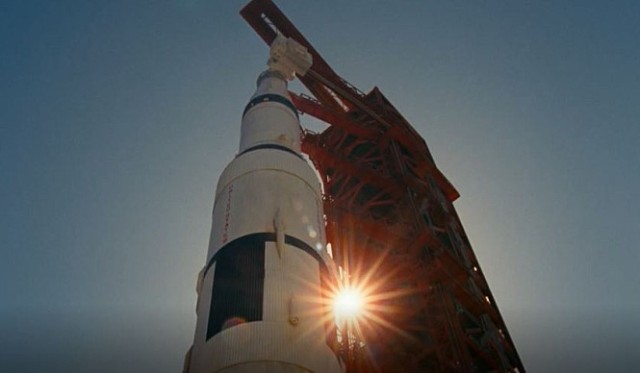