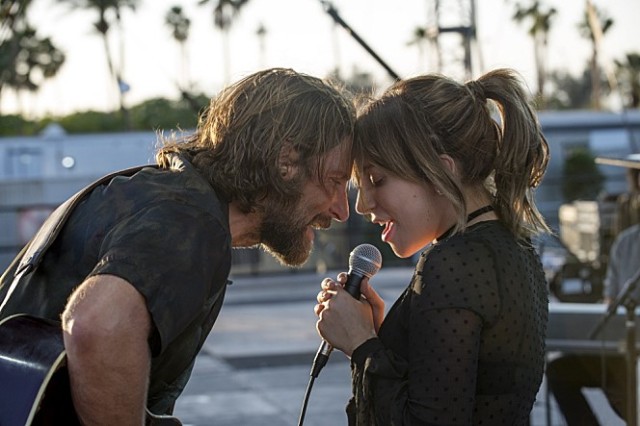 “A Star Is Born” is your typical old-fashioned show business melodrama which is quite familiar to the bone. A successful male star entertainer comes across an unknown girl with talent and potential, and then they fall in love each other as the latter rises to the top, but then there come struggle and conflict as the former slides down to the bottom.

As a matter of fact, this is the third remake of the 1937 classic film of the same name starring Janet Gaynor and Fredric March, which was subsequently followed by the 1954 version starring Judy Garland and James Mason and the 1976 version starring Barbra Streisand and Kris Kristofferson. While mostly staying close to the basic storyline of its three predecessors except several notable changes for its contemporary background, the 2018 version brings a substantial amount of spirit and energy to the screen, and the result is a pretty entertaining one which deserves to be placed right below the 1954 version, which is still the best of the bunch.

In the beginning, we see the ongoing music concert of Jackson Maine (Bradley Cooper), a star singer-songwriter who is apparently struggling with his drug and alcohol addiction problem. After he manages to perform well during the concert despite his inebriated state, he happens to drop by a drag queen bar for drinking more, and that is where he meets Ally (Lady Gaga), a struggling singer-songwriter who happens to give her first performance at the bar during that night. Although her performance looks rather modest on the surface, Jackson senses something special from her, and they eventually spend the night together while getting to know each other more. 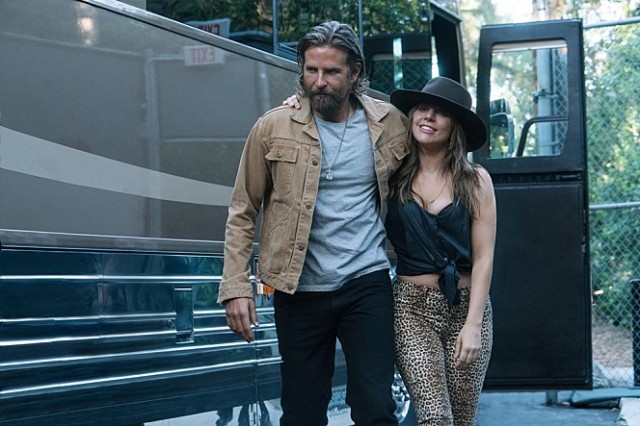 As discerning more of Ally’s talent and potential, Jackson decides to do something special for her. He invites her to his next concert, and she agrees to go there although being reluctant at first. In the middle of the concert, Jackson performs her latest song and then has her sing it along with him on the stage, and their performance soon goes viral on YouTube. As gaining more confidence, Ally becomes more prominent than before, and, not so surprisingly, she comes to be regarded as a new talent to watch.

And her relationship with Jackson is developed further in the meantime. Although she becomes more aware of how messy he has been due to his growing addiction problem, they still love each other, so they get married shortly after he makes an impromptu proposal to her, and it seems they will get over their problem through their love.

Of course, things do not go well for them as Ally goes up and up while Jackson goes down and down in contrast. Watching his wife’s rising status, Jackson cannot help but jealous, and then he hits another bottom of his addiction. He embarrasses himself as well as Ally during what is supposed to be her important moment to shine, and then there inevitably comes a bitter moment when he comes to realize that he has become an impeding factor in her life and career.

While predictably moving from one narrative point to another, the movie keeps engaging us with a number of excellent music performance scenes. As cinematographer Matthew Libatique’s camera fluidly moves around here and there, the music performance scenes in the film are presented with lots of excitement and verisimilitude, and it certainly helps that the original songs in the film are effective and enjoyable on the whole. 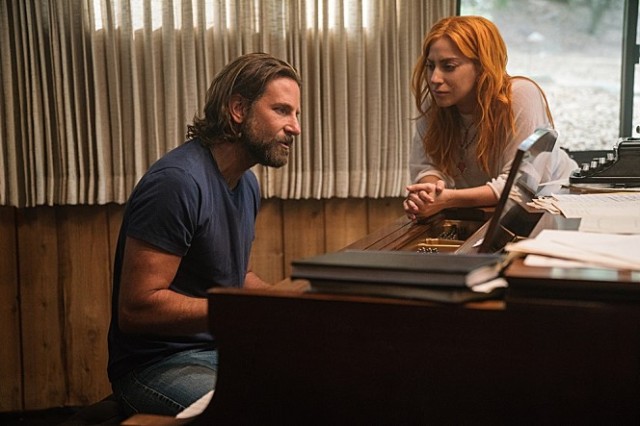 In addition, the movie is sincere and sensitive in depicting the dynamic relationship between its two main characters, and Bradley Cooper and Lady Gaga, who may be strong Oscar contenders in next year, are believable as their characters pull and push each other. Cooper, who not only directed and produced the movie but also wrote the screenplay with Eric Ross and Will Fetters, shows another side of his talent via his solid musical performance scenes (Like Gaga, he wrote several songs for the film, by the way), and he is tragic and devastating as required during the last act of the movie. Opposite to Cooper, Gaga is simply magnificent as exuding her own star quality which was previously demonstrated in the fifth season of TV series “American Horror Story”, and she also did a commendable job of conveying well to us her character’s gradual development and transformation along the story.

Around him and his co-star, Cooper places several notable performers, who provide some extra personality to his film. Sam Elliot is Jackson’s long-suffering older brother who has been tired of taking care of his younger brother’s numerous troubles, and he has a brief poignant moment with Cooper when their characters have a little honest conversation later in the movie. While Dave Chappelle provides some relief as Jackson’s retired musician friend, Andrew Dice Clay, who previously surprised us with a solid supporting turn in Woody Allen’s “Blue Jasmine” (2013), plays Ally’s caring father, and I was also delighted to see Ron Rifkin, Michael Harney, Greg Grunberg, and Barry Shabaka Henley in minor supporting roles.

Thanks to its competent direction, first-rate performance, and impressive soundtrack, “A Star Is Born” successfully attains its own spot around its predecessors in my inconsequential opinion, and I enjoyed and appreciated what was achieved in the film. Yes, it is often conventional and clichéd, but it still works, and I had a very good time with it.

This entry was posted in Movies and tagged Husband and Wife, Melodrama, Musician, Romance, Singer. Bookmark the permalink.