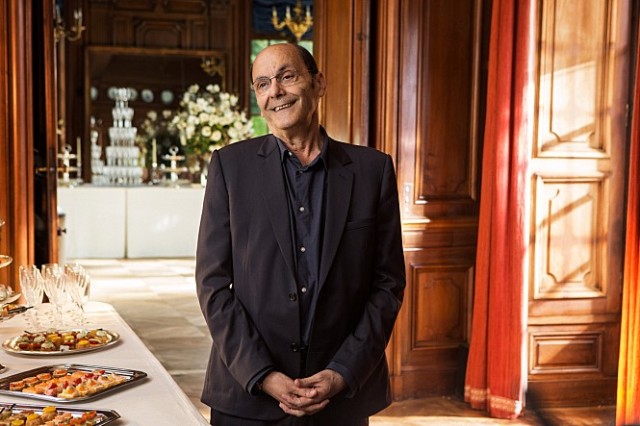 French film “C’est la Vie!” is a likable comedy film about one hilariously problematic wedding event. Although the movie feels conventional with its many predictable moments for laughs, I like its breezy mood and the effortless interactions among its wonderful ensemble cast, and that is enough to compensate for its several notable weak points.

The movie is about one particularly eventful day for a seasoned wedding planner/caterer and a bunch of his employees. When we meet Max (Jean-Pierre Bacri) for the first time, he is trying to deal with a young couple who wants to cut the budget for their wedding event as much as possible, but he soon becomes frustrated with the impractical demands from this couple, and that eventually leads to the first funny moment in the film which drew lots of chuckles from the audiences around me.

Shortly after that meeting, Max goes to a 17th century chateau where his latest wedding event is going to be held, and he is accompanied with his brother-in-law Julien (Vincent Macaigne), a school teacher who looks like your average loser right from his first appearance. Max does not like his brother-in-law much, but he hires Julien as one of his waiters anyway because, well, it has been hard for him to get good help these days.

As soon as they arrive in the chateau, Max instantly faces numerous problems to be taken care of by him. His assistant Adèle (Eye Haidara) is a short-tempered woman who frequently clashes with her fellow employees, and we see her arguing with James (Gilles Lellouche), a cocky band leader who is unhappy about being a replacement for some famous DJ. As preparing for the wedding event, James often makes too much noise outside, and that certainly annoys everyone including the groom of the wedding, an anal-retentive prick who is not very pleased to see that there are some unfortunate changes in his plan. 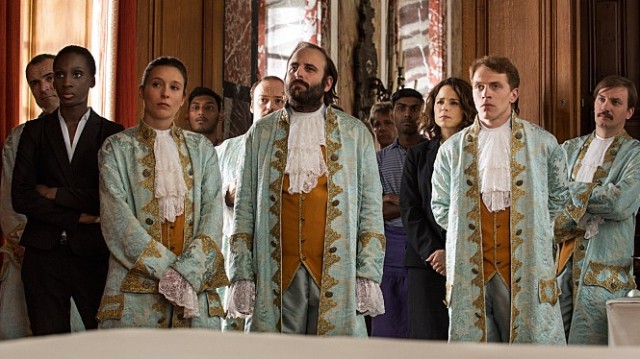 To his frustration, problems continue to accumulate for Max even after the wedding event finally begins. His waiters complain to him about the costumes and wigs they have to wear while they are working, and Julien and some other guy who is also hurriedly hired to fill an empty position often cause troubles thanks to their lack of professional experience. In case of his longtime photographer Guy (Jean-Paul Rouve), he cares more about tasting food than photographing the bride, the groom, and many other wedding guests, and he looks pretty redundant because everyone is ready to photograph with their smartphones.

And there is a personal problem for Max. Having been estranged from his wife for years (we never see her in the movie, by the way), he has had an affair with Josiane (Suzanne Clément), who is incidentally his another assistant. While she wants to take their relationship to the next level, Max has been hesitant, so she decides to flirt with one of his employees right in front of his eyes, and that certainly brings extra frustration to Max during this particularly stressful day which happens to be his birthday.

As things become messier and more complicated step by step, the screenplay by directors Olivier Nakache and Éric Toledano diligently throws many comic situations onto the screen. Most of these scenes are served to us in predictable and blatant ways, and the movie does not particularly utilize well the comic potential inside the seemingly antagonistic interaction between Adèle and James or what is going on between Julien and the bride (They turn out to be ex-colleagues and, yes, he has carried a torch for her), but there are several good moments at least. I like the comical scene involved with a surprise show which, not so surprisingly, goes very wrong, and I also appreciate the expected feel-good finale where Max’s employees come to save the wedding event in the end (is that a spoiler?). 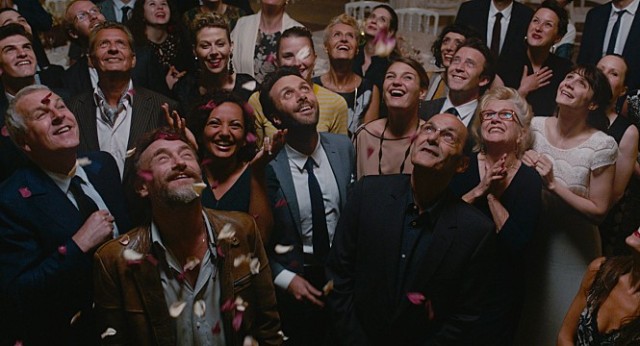 As the center holding everything in the movie, Jean-Pierre Bacri is effortless in his engaging performance. I still remember well how he memorably played the incorrigibly self-absorbed writer hero of Agnès Jaoui “Look at Me” (2004), and I was delighted to see how he masterfully handles comic situations constantly thrown at his character. Ably conveying his character’s growing exasperation and frustration, Bacri also brings some seriousness to the story, and that is the main reason why the finale works even though we can clearly see through its contrived aspects.

The supporting characters surrounding Max are more or less than caricatures who look as if they came out of “National Lampoon’s French Wedding”, but they are presented as colorful figures at least, and the supporting performers bring considerable spirit to their characters. While Gilles Lellouche is the most notable one in the bunch, Jean-Paul Rouve, Vincent Macaigne, Suzanne Clément, and Eye Haidara are also solid in their respective supporting roles, and Benjamin Lavernhe deserves some praise for handling well a silly scene involved with his character’s very, very long speech.

Although it does not reach to the level of Jonathan Demme’s “Rachel Getting Married” (2008) and Robert Altman’s “A Wedding” (1978), “C’est la vie!” is an enjoyable product like Nakache and Toledano’s previous films “The Intouchables” (2011) and “Samba” (2014). The movie is sometimes a bit too silly for me, but it has enough charm and spirit to enjoy, and I guess that is enough for recommendation. 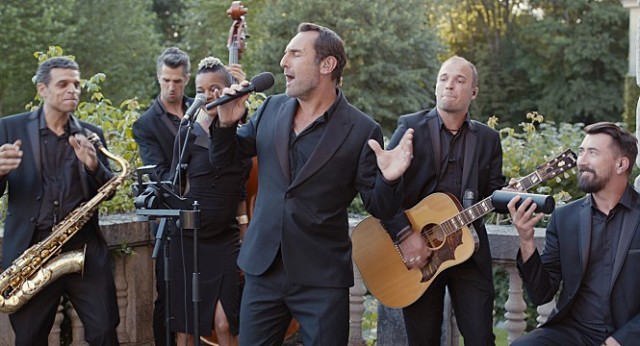 This entry was posted in Movies and tagged Caterer, Comedy, Wedding. Bookmark the permalink.