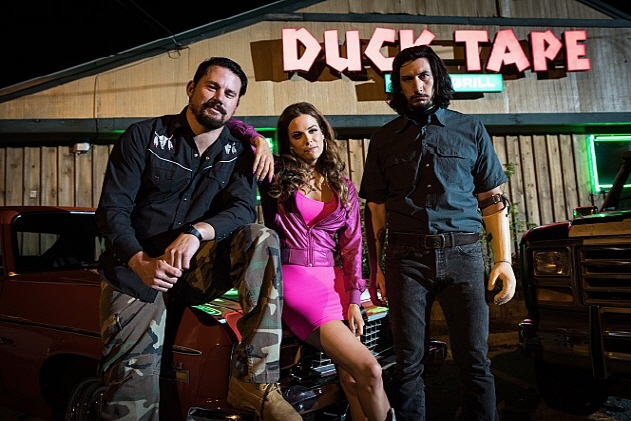 Steven Soderbergh’s new film “Logan Lucky” is entertaining for its slick efficiency and laid-back fun. While cheerfully bouncing from one amusing moment to another along with colorful silliness, it works as a smart, lively heist flick which turns out to be defter and slier than expected, and that is more than enough to compensate for its several minor weak points.

During the first act of the film, we get to know a bit about its two main characters: Jimmy Logan (Channing Tatum) and his younger brother Clyde Logan (Adam Driver). They live in Boone County, West Virginia, and we cannot help but notice their respective injuries which sort of complement each other. Jimmy was once a promising high school football player, but then he got his right leg injured, and that was the end of his athlete career. In case of Clyde, he lost his left hand and forearm not long after he joined the army and then was sent to Iraq, but he does not have any particular problem in tending a local bar alone, and there is a small nice moment when he demonstrates how he makes a glass of cocktail by himself.

Jimmy has worked as a construction site worker, but then he is fired on one day simply because his injured leg is regarded as a liability for the company, and then there comes another bad news. His ex-wife Boobie Jo (Katie Holmes) notifies him that she and her new husband Moody (David Denman) will soon move to a new place outside West Virginia, and that means he will not be able to meet their young daughter Sadie (Farrah Mackenzie) as often as he wants – unless if he also moves to that place and finds a new job there.

When he comes to the bar where Clyde works, Jimmy indirectly conveys to his brother that he has a criminal plan to be executed, and he subsequently explains his plan to his brother during their private meeting on the next day. Jimmy’s former workplace is a construction site right below the Charlotte Speed Motorway in North Carolina, and that construction site happens to be near the pneumatic tube system for sending heaps of cash from concessions to a safety vault during competition days. Because the construction site is not closed yet, all Jimmy and Clyde will have to do is sneaking into the construction site and then extracting the money via the pneumatic tube system during one certain competition day.

Of course, Clyde and Jimmy need several accomplices for the success of their plan, and they go to Joe Bang (Daniel Craig), a criminal expert on cracking vaults. While Joe is definitely interested in participating in their plan, there is one big problem; he is currently serving his time in a local prison, and he still has several months to spend there.

Nevertheless, because they already have a solution for that problem, Jimmy and Clyde keep sticking to their plan as assisted by other accomplices. They recruit Joe’s two dim-witted brothers Sam (Brian Gleeson) and Fish (Jack Quaid), and they also get some help from their sassy sister Mellie (Riley Keough), who is pretty knowledgeable about vehicles and roads as shown from her several saucy scenes.

The screenplay by Rebecca Blunt, who is rumored to be a pseudonym for Soderbergh’s wife Jules Asner, takes time in establishing its broad but colorful characters, and it has lots of fun with the goofy aspects of its plot and characters. While Jimmy and Clyde are quite serious about their criminal plan, the movie constantly generates comic moments from their interactions with other characters surrounding them, so we come to wonder whether their rather preposterous plan will really work as well as they intended. 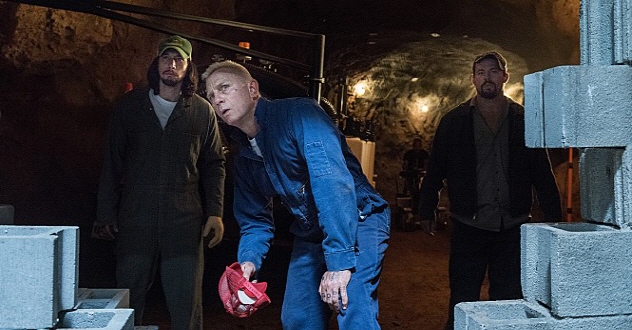 Soderbergh, who also worked as the editor and cinematographer of his film, skillfully balances the movie well between humor and suspense. After steadily accumulating narrative momentum, the movie smoothly moves onto the expected climactic part to be unfolded at the Charlotte Motor Speedway, and Soderbergh confidently handles this part via precise editing and assured camerawork. We get a number of good moments as he deftly plays with our expectation, and I especially like one particular scene which turns out to be surprisingly effective with John Denver’s certain famous song.

As many of Soderbergh’s recent works, the movie is packed with numerous talented performers. While Channing Tatum, who has shown considerable growth as a performer through several recent acclaimed films including “Foxcatcher” (2014), gives another commendable performance in his career, Adam Driver is hilarious with his deadpan attitude, and Daniel Craig, who looks quite different from his polished appearance in recent James Bond movies, chews his every juicy moment with gusto. In case of other substantial supporting performers in the film, Brian Gleeson, Jack Quaid, Riley Keough, Katie Holmes, Farrah Mackenzie, Katherine Waterston, Dwight Yoakam, Seth MacFarlane, Sebastian Stan, David Denman, Mason Blair, and Hilary Swank fill their broad characters as much as they can, and Keough and Waterston are especially good as instantly bringing life and personality to their respective characters.

As I said before, “Logan Lucky” is not without flaws. For example, its third act could be shortened a bit for a tighter finale, and I was also a little disappointed to see that Swank and some other supporting performers are rather under-utilized due to their underdeveloped characters. Anyway, the overall result is as fun as “Ocean’s Eleven” (2001), and Soderbergh surely shows here that he is still a dexterous filmmaker as before.