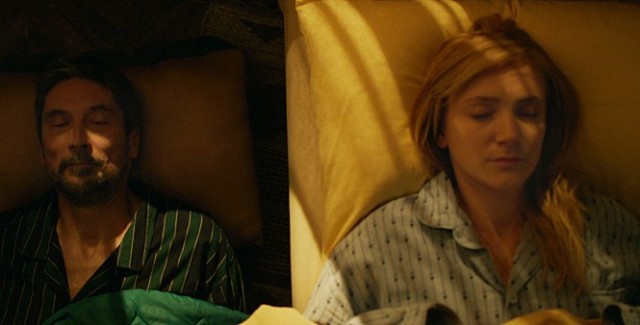 While it is your average workplace romance tale, Hungarian film “On Body and Soul” draws our attention through its unusual setting at first. Here are two different people who happen to be connected with each other via a rather preposterous situation, and the movie calmly and sensitively depicts the gradual development of their relationship. While we are amused by their situation at times, we also get to know more about them as they try to get closer to each other, and then we are touched as their story arrives at its expected arrival point.

After the dreamy opening scene showing a stag and a doe in a winter forest, the movie begins its story with Endre (Géza Morcsányi), a middle-aged man who works in a slaughterhouse as its financial director. As a guy who had lots of affairs in the past but eventually became tired of that, he has merely gone through his daily life without any particular excitement and happiness, and his solitary lifestyle is amusingly contrasted with the married life of his close colleague. He frequently grumbles about his marriage in front of Endre, but he cannot possibly say no to his wife, who also works in the same slaughterhouse.

As Endre and others in the slaughterhouse do their jobs as usual, the movie pays considerable attention to the work process inside the slaughterhouse. During one scene, we see an ox promptly (and painlessly) killed once it is settled inside a slaughter machine, and then we observe how its carcass is subsequently processed by several workers. This is indeed a bloody process, and you may be disturbed to see this, but you may also be reminded of how necessary this process is for human population out there. 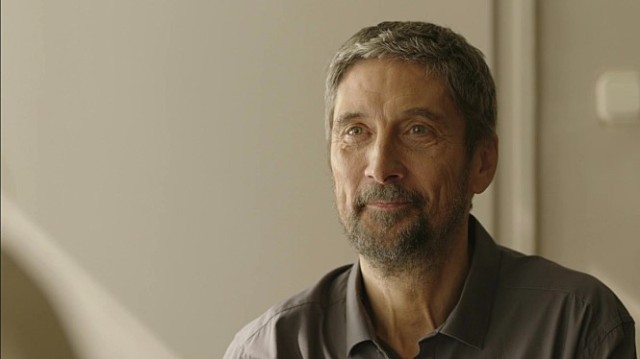 The meat obtained from those slaughtered oxen is evaluated by Mária (Alexandra Borbély), the new quality examiner of the slaughterhouse. While quite precise and efficient in her work, this young pretty woman does not get along well with others mainly due to her autistic behaviors, and the first encounter between her and Endre is pretty awkward to say the least. He tries to be nice to her, but she is unintentionally blunt and frigid in her distant attitude, and their conversation is soon over as she moves to other spot for having a lunch alone. To be frank with you, this reminds me a lot of how clumsy I am in interacting with others as a guy diagnosed to be in autistic spectrum; like her, I always look strained whenever I have to communicate with others, and I usually have no problem with working alone for hours.

While perplexed by this strange coincidence, Endre and Mária find themselves becoming closer to each other day by day. As continuing to share the same dream, they naturally wonder whether it really means something to them. Although he is much older than her, Endre is intrigued by a new possibility of romance he never imagined before, and he wants to go further in their relationship if she consents to that. 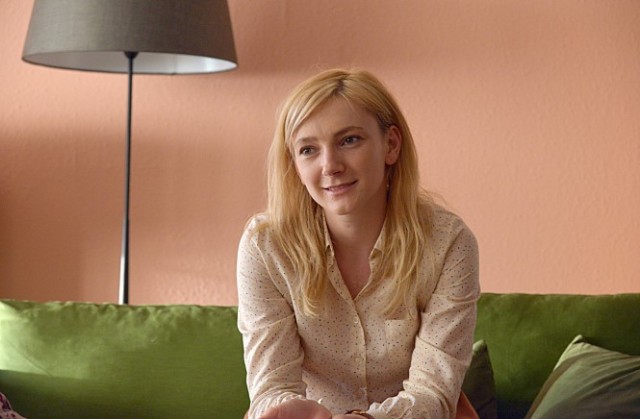 However, though she is also interested in getting closer to him, Mária is not so sure about whether she can do that. While she is often averse to being touched, she does not know how to present herself to him more amiably and romantically, and we get several humorous moments as she tries her best for that. While often analyzing what is going on between her and Endre, she frequently visits her psychiatrist for getting more counsel, and she later gets a nice advice from an old female janitor in the slaughterhouse.

While we get some good chuckles from her clumsy emotional journey, the movie also makes us care about that, and director/writer Ildikó Enyedi, who won the Golden Camera award at the Cannes Film Festival for “My Twentieth Century” (1989) but has been rather silent for more than 15 years since her previous film “Simon, the Magician” (1999), imbues her film with quiet sensitivity and deep empathy. Under her gentle, thoughtful direction, her two lead performers give unadorned nuanced performances, and I especially like how their characters’ contrasting personalities are presented via the notable details of their respective apartments. While Mária’s apartment mostly looks slick and barren with its clinical atmosphere, Endre’s apartment relatively looks more intimate and fuller in comparison, and that contrast is further emphasized by the respective locations of their apartments.

“On Body and Soul” received the Golden Beat award at the Berlin International Film Festival besides the FIPRESCI Prize and the Prize of the Ecumenical Jury, and it was also recently selected as the Hungarian entry for the Best Foreign Language Film at the 2018 Academy Awards. Although it falters a bit around the finale, the movie keeps holding our interest through its two engaging main characters, and I enjoyed their gentle human drama as appreciating its good mood and performances. This is essentially a typical love story, but it is done well with care and intelligence, and I like that. 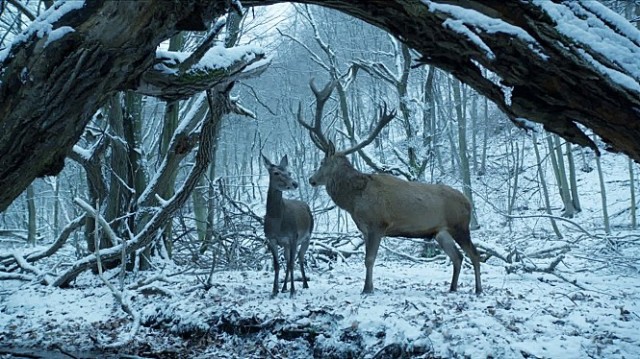 This entry was posted in Movies and tagged Autism, Dream, Romance, Slaughterhouse. Bookmark the permalink.