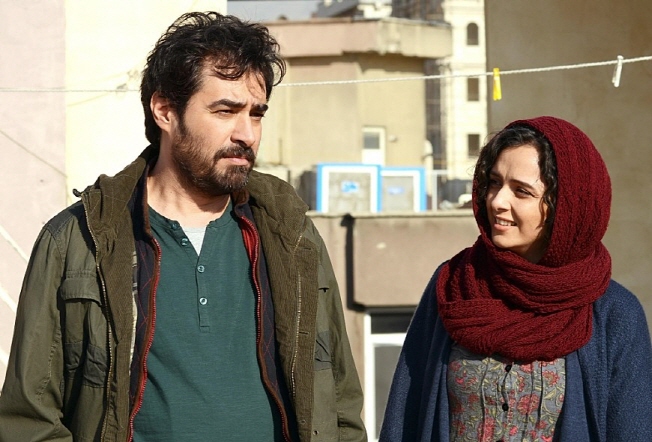 At first, Iranian film “The Salesman”, which recently won Best Foreign Language Film Oscar, intrigues us with a fascinating case of cultural juxtaposition. Its main title sequence shows us a theater stage in preparation, and we soon come to see that it is for the upcoming staging of Arthur Miller’s “Death of a Salesman”. The staging of a classic American play in Iran may sound unlikely to many of you, but, according to the review by movie critic Godfrey Cheshire, this is not an unusual thing at all in Iranian cities like Tehran, whose theater field has embraced many different western playwrights including Samuel Beckett, Eugène Ionesco, Harold Pinter, Tennessee Williams, Edward Albee and Sam Shepard besides its own old and new ones.

Anyway, its story revolves around two lead performers of that staging, Emad (Shahab Hosseini) and Rana (Taraneh Alidoosti). They are a middle-class married couple living in Tehran, and Emad also teaches drama at a school besides his acting work. During one scene, we see him teaching Gholam-Hossein Saedi’s classic Iranian play “The Cow” to his students, and we get one of the most humorous moments in the film as students are amused by its story (“How do people turn to cows?” – “Gradually!”).

After their apartment building is seriously damaged due to an unexpected incident, Emad and Rana have to find a new place to live as soon as possible, and there comes a good news from a friend/colleague of theirs. He shows them a recently vacated apartment which looks a bit shabby but mostly fine with two bedrooms, and it does not take a long time for Emad and Rana to decide to move into this place.

However, it turns out during their moving day that there is one annoying problem. Because the previous tenant, a woman who is the acquaintance of the aforementioned friend, has not gotten a new place to live yet, her belongings are still left inside one of two bedrooms in the apartment, and they eventually are put outside the apartment as she does not come back to retrieve them. While that woman never appears in the film, we get to know a few things about her; she has a child as reflected by the graffiti on the walls of that bedroom, and she is not so regarded well by the other tenants in the apartment building for some reason. 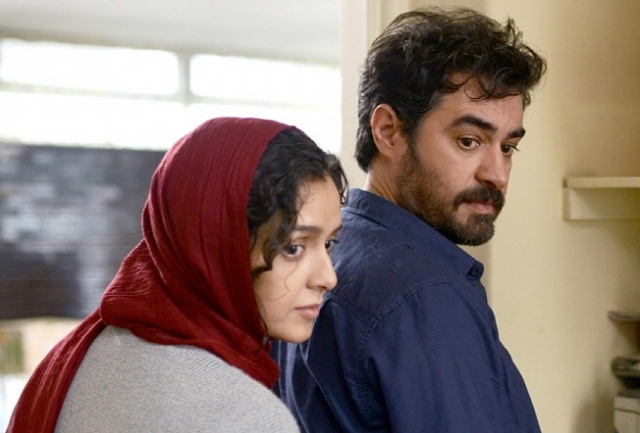 Several days later, Rana and Emad successfully finish their first performance, and then Rana happens to go to the apartment first because Emad has to take care of some business before leaving the theater. When she is about to take a shower, the buzzer of the front gate of the apartment building rings. She naturally thinks it is her husband, so she unlocks the front door right before going into the bathroom, but then….

The movie immediately moves forward to the aftermath. Emad finally comes to the apartment, and then he hurriedly goes to a hospital as soon as he realizes something bad has happened to his wife. She is badly injured on her head, and it looks like she was attacked by some guy who entered the apartment at that very moment. Emad later learns from his neighbors that the previous tenant is in fact a prostitute; the guy in question is probably one of her clients, and he seemed to mistake Rana for the previous tenant.

While his wife struggles to recover from the incident, Emad becomes angry and frustrated, and that inevitably affects their stage work. Refusing to report her incident to the police for understandable reasons which indirectly reflect the socially repressive aspects of the Iranian society, Rana tries to continue her work, but then she is overwhelmed in the middle of a performance when she feels like being watched by the man responsible for the incident. As coping with his damaged male pride and then becoming obsessed with finding that guy, Emad comes to feel more anger and exasperation, and that accordingly leads to an intense moment when he goes a little too far on the stage.

I will not go into details on how this increasingly strained situation around Emad and Rana is further developed, but I can tell you instead how deftly the director/writer Asghar Farhandi, who won the Best Screenplay award for his film at the Cannes Film festival in last year, handles his story and characters. At one point later in the movie, everything seems to be set up to proceed in one direction as Emad is approaching to a certain character, but then things begin to go in the other direction via an unexpected plot turn, and that is just the start of what will follow next.

The performers in the movie are convincing in their nuanced natural performance, which may look merely improvised on the surface but is actually the result of the careful rehearsal process among them and Farhandi. While Shahab Hosseini deservedly won the Best Actor award at the Cannes Film Festival for his superb performance, Taraneh Alidoosti is equally terrific as his main acting counterpart, and the supporting performers around them are also excellent on the whole as the human parts of the realistic background of the film.

While not reaching to the greatness of “A Separation” (2011), “The Salesman” aptly exemplifies Farhandi’s masterful storytelling skill like “The Past” (2013), and I was totally gripped by the dramatic intensity of its last 30 minutes. This is another fabulous work from Farhandi, and you will not be disappointed once you get involved in the specific but ultimately universal human matters of his characters.

This entry was posted in Movies and tagged Husband and Wife, Performer, Theater. Bookmark the permalink.