As a wild, bouncy melodrama of mother and son relationship, “Mommy” is packed with style and energy. Although it lacks stability on narrative level at times, it has a number of strong moments generated between its flawed characters, and it goes boldly with its confident style and solid performances whenever that is required for showing its big, sincere heart right behind the screen.

When we meet Diane ‘Die’ Després (Anne Dorval) for the first time, this feisty woman is about to get her teenager son back from a facility for problematic kids. She is advised that it is better for her son to be treated in the facility considering his serious behavioral problems, but Die is confident despite the fact that she already has enough problems with her difficult economic situation since her husband’s death. While depending on social welfare sometimes, she seeks for any temporary jobs to earn her living, and she even takes translation work although she has no qualified language skill.

Die is determined to work hard for providing a stable home environment for her son, but it is clear from the beginning that Steve (Antoine-Olivier Pilon) will be another big problem in her difficult life. As a serious case of attention deficit hyperactivity disorder, he has an incorrigible tendency to annoy his mother and others through his many unpleasant behaviors, and he also goes into violent tantrums at times while not fully understanding the consequences of his thoughtless actions which always cause headaches for Die.

While more frustrated about her son’s uncontrollable behaviors which get only worse day by day, Die gets an unexpected help from Kyla (Suzanne Clément), an introverted woman who lives right across from Die’s house. After approaching to Die and Steve not long after his latest fit of rage, she becomes a close friend to them, and she also begins to teach Steve instead of Die. Although she left her teaching job after her recent mental breakdown and has not yet fully recovered from it as reflected by her stutter, Kyla turns out to be an ideal teacher for Steve, especially after when she manages to find a way to deal with her unruly pupil who is still a vulnerable child behind his abrasive attitude.

As observing many tempestuous interactions between these three flawed characters, the movie constantly goes up and down along with them as a sort of emotional roller coaster, and the director/writer Xavier Dolan, who also took the roles of editor and costume designer as before, amplifies the emotions on the screen through an odd, distinctive approach to notice. The performances are frequently captured through close-up shots for generating a considerable level of emotional intensity, and Xavier also shot most of his scenes using the aspect ratio of 1:1, which further emphasizes the sense of suffocation and frustration felt inside his characters.

This stylistic approach may look like a shallow gimmick at first, but it does serve the story while creating dramatic effects as intended, and Dolan provides a couple of fabulous moments as the mood around its three main characters becomes brighter than usual. Although they still have problems to deal with, Steve, Die, and Kyla experience a few brief but precious moments of joy and optimism together, and the movie boosts their rare positive feeling on the screen as effortlessly widening its view for a while. It looks like Die’s life finally finds a balanced point thanks to her friendship with Kyla, and Steve seems to be on the right track under Kyla’s tutelage as showing his wish to study at the Julliard School someday.

But then there comes a harsh reality again, and Die soon gets more difficulty when Steve causes another big problem which makes her more exhausted and exasperated than ever. For getting some legal help from her friendly neighbor Paul (Patrcik Huard), she comes to have an unwanted date with him, and Steve is not so pleased about this situation as a son who has nurtured a rather unhealthy attachment toward his mother.

The movie begins to lose its power around this later part, but its main actors keep the level of interest intact through their strong performances. Ann Dorval, who previously appeared in Dolan’s debut work “I Killed My Mother”(2009), gives a forceful performance as a strong-willed woman who begins to face her limit while trying her best for her dear son, and she is especially poignant during a long sequence in which Die imagines a better future for her and her son. She is well aware of the impossibility of her wish, but she wants to dream of it at least for now, while she is about to make a very hard decision which may damage her relationship with Steve.

On the opposite, her co-actor Antoine-Olivier Pilon is literally a force of nature to be reckoned with in his uncompromising performance. While we come to like his character a bit as understanding him, Steve is still more like a scary, unpredictable creature who can instantly make us cringe at any point, and Pilon’s fierce intensity is matched well with Dorval’s indomitable resilience. As the third main character, Suzanne Clément, who previously collaborated with Dolan in “Lawrence Anyways” (2012), provides a stable low-key counterpoint to her co-performers, and she is especially good when she reveals both her character’s strength and vulnerability at once during a striking moment of emotional clash in the middle of the story.

“Mommy” received the Jury Prize at the Cannes Film Festival in this year, and it was also selected as the Canadian entry for Best Foreign Language Film at the 87th Academy Awards (it did not make it to the final list, by the way). Unlike some critics, I do not think it is one of the best movies in this year, but the movie is another interesting work from Dolan, and I enjoyed its style and performances even though I was not entirely satisfied with its rather clunky plot saddled with artificial aspects. It is not that good, but it is impressive enough to make me continue to hope for better things to come in the future of Dolan’s promising career. 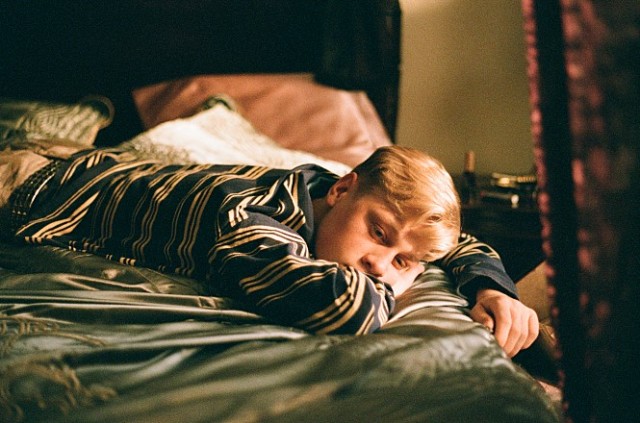 This entry was posted in Movies and tagged Mental Disorder, Mother and Son. Bookmark the permalink.