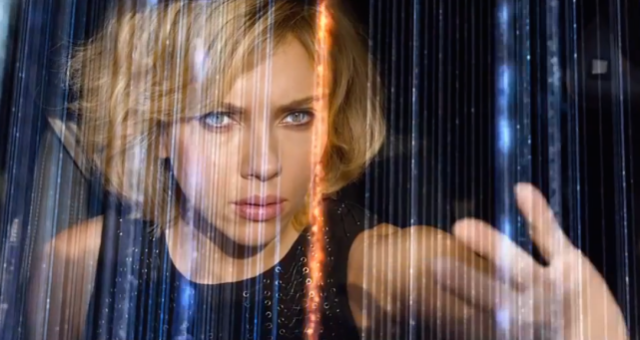 Rarely do we come across a wild, crazy movie like “Lucy”, which is utterly preposterous and ridiculous from the start but is also amusing and entertaining for its willing attitude to push a silly but interesting science fiction premise all the way to the top and then shoot it way over the top. The movie is constantly driven by its sheer nonsense during its every minute, but this is an exhilarating mind-bending joy ride if you are ready for its no-hold-barred approach. You cannot help but be amused and intrigued by its relentless parade of stylish visual moments, and they are guaranteed to excite your sensory nervous system more and more as it keeps accelerating itself along its loony plot.

As a biology major, I certainly found its premise too absurd, but I must admit that I observed it with fascination. It is said in the movie that we use only 10% of our brain, and here comes an interesting situation thrown by its plot; what will happen if a human being happens to be capable of using more portions of our brain than usual? And is it possible to reach to the level of 100%?

At the beginning, we see how Lucy(Scarlett Johansson), a young American girl who has been studying in Taiwan, happens to get herself into a very serious trouble. When her untrustworthy boyfriend Richard(Pilou Asbæk from “A Hijacking”(2012)) asks her to deliver a suspicious briefcase to some people, she does not particularly want to do that job, but she is eventually forced to do it, and then she is suddenly caught by a bunch of Korean gangs working for Mr. Jang(Choi Min-sik from “Oldboy”(2003)), a ruthless crime boss who will not let Lucy easily get off the hook.

While his purpose behind the delivery is not that clear,  it is revealed that a new kind of drug is developed by Mr. Jang’s organization, and Lucy comes to face more predicament when she finds herself becoming a drug mule against her will. A package of that drug in question is put into her abdomen through surgery, and then she is thrown into a cell where she has to wait before everything is ready for her. 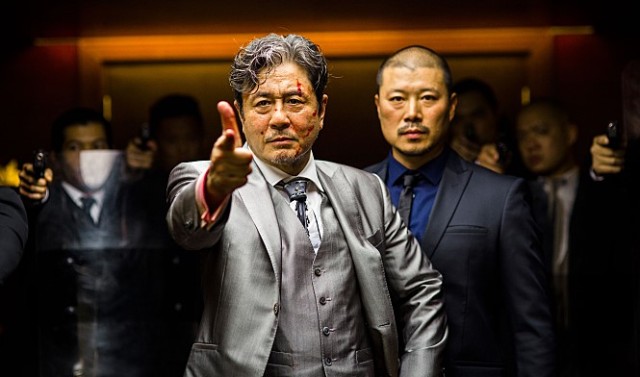 But then something unexpected happens. The drug package inside her gets busted by accident, and we are served with a rather hilarious CGI scene showing the blue drug particles rapidly spread inside her body. As the drug does its tumultuous biochemical firework inside her, her convulsing body behaves as if it were being possessed, and then she becomes a lot different than before when she regains her consciousness later. She shows a far quicker coordination of her body which helps her escape from the cell, and she also finds herself being capable of absorbing and processing tons of information within a short time. It is apparent that her brain becomes more fully active than before, and she can vividly feel that the degree of her brain activity is getting higher and higher every passing hour.

She needs an expert for understanding what is exactly happening to her body, and that is how Professor Norman(Morgan Freeman) comes into the picture. Although his lecture scenes mainly exist for explaining the ongoing situation in the story, Morgan Freeman is one of the great actors who can instantly grab our attention even if he merely reads a telephone book, and we come to accept his character’s ‘scientific’ theory for a while although it does not sound very plausible when you reflect on it later.

As Lucy experiences more things full of wonder and fear, the story goes wilder along with her increasing brain power, and the director/writer Luc Besson puts everything but the kitchen sink into his busy mix of dynamic actions and fun ideas. While there are impressive moments which will take you back to National Geographic documentaries, Godfrey Reggio’s Qatsi trilogy, Ron Fricke’s “Baraka”(1992) and “Samsara”(2011), and Terrence Malick’s “The Tree of Life”(2011), the movie also has lots of pulpy fun with its premise as Lucy’s power is further increased to the level of super heroine. We get a visually arresting moment when she not only sees every communication signal flowing around the city but also extracts a crucial piece of information from these countless flows of electronic waves, and then there is an intense vehicle action sequence crackling with thrill and tension. Although it is filled with lots of quick cuts and loud clashes, it rarely loses the sense of direction amid its gritty chaotic actions, and it is surely more exciting to watch than those mindless actions in Transformers movies. 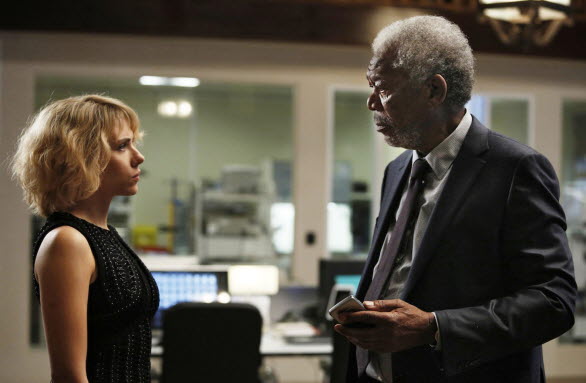 And Scarlett Johansson, who gets another interesting opportunity here in this film after playing an artificial intelligence character in “Her”(2013) and an alien entity in “Under the Skin”(2013), is effective as a human center we can hold onto. Her character’s rapid transformation along the story looks convincing thanks to her good physical performance, and she also has a brief but poignant scene when Lucy talks with her mother on the phone; her change makes her feel her old memories more vividly than ever, but it is also taking her away from her former normal self, and we can sense her fear of that unstoppable process as the camera is fully focusing on Johansson’s conflicted face in its close-up shot.

The movie eventually goes into a far more overblown mode as Lucy throws herself into her own ultimate trip to behold during its psychedelic climax which is an obvious homage to “2001: A Space Odyssey”(1968). This part surely looks pretty outrageous to say the least, but it is presented with the sense of awe and grandeur, and I enjoyed it while having some laughs on its inherent absurdities.

“Lucy” is far from being perfect as being riddled with many plot holes(why are Korean gangs operating in Taiwan instead of South Korea, for example?), but it is a fun SF action movie packed with enjoyable goodies. It still looks like a silly mess on the whole, but the movie boldly leaps forward with style and confidence, and that is something we do not see everyday.

Sidenote: The Korean dialogues in the film are not translated, but I and other South Korean audiences understood them very well unlike non-Korean audiences, and that was certainly one small guilty pleasure for us. 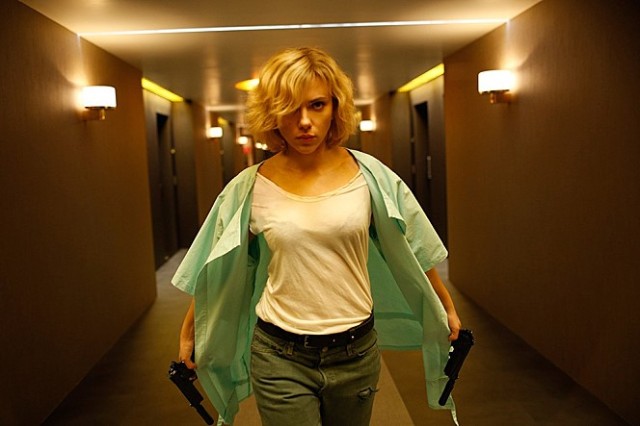