South Korean film “Tazza: The Hidden Card” is another fun game of greed and crime with a number of new players and several old players ready to play their risky game. While it does not surpass the previous film, it knows how to deal the cards skillfully on its formulaic table, and it can hold your attention to its increasingly(and expectedly) complicated plot even though you do not know any damn thing about the rules of a Korean card game which is its main subject. I must confess that I have never played ‘hwatoo’ in my life and my head was spinning whenever the characters in the film used the terms I am not so familiar with, but the movie succeeded in making me interested enough in its plot and characters, and I was satisfied with that.

Although the movie is not about Goni, the hero of “Tazza: The High Roller”(2006), it shows its connection to the previous film through the opening scene. We meet Goni’s young nephew Dae-gil, and this boy already possesses his own potential just like his uncle, who became a legendary high roller through what happened in the previous film. When he grows up to be a young man later, Dae-gil(Choi Seung-hyeon) is still a small-time gambler operating in his neighborhood, but he is always the one who gets the money whenever hwatoo game is played around him, and he has been dreaming of going up to the next big level for him.

On one day, an opportunity comes to him through an unexpected situation. While trying to helping his family member who gets himself into a trouble with the local gang running an illegal gambling house, Dae-gil finds himself in a more serious trouble, so he has to leave his hometown at least for a while. Through the help of his hometown friend, he gets a job in some lucrative illegal gambling house in Seoul, and it does not take much time for him to be recognized as a talented gambler with lots of promise.

As Dae-gil rises in his position, we are introduced to a number of dirty rotten criminal figures operating in the world where everyone will not hesitate to use any chance to snatch away money from others. There are always people out there who cannot possibly say no to another chance of gambling, and such people are always potential targets to prey on – especially if they come with lots of money in their hands. 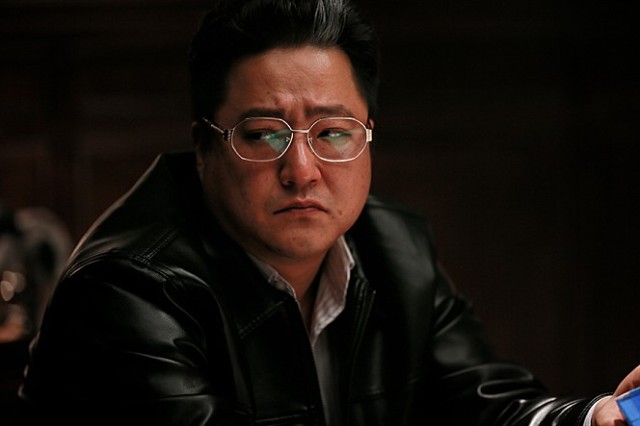 When Dae-gil and others begin to work on their latest target at one point, we see how they seduce their target with a number of elaborate strategies which ensure their high chance of success(“Tazza” is a Korean term for those sneaky gamblers who are expert on grifting others). I still do not understand how to play with those small plastic cards which are drawn with various colorful designs of flowers and plants and other things, but the director Kang Hyeong-cheol makes it sure that we always get a clear idea of what is going on the screen while never getting lost in mere details during the card game scenes in his film. We always see what is at stake among its gambling characters who may have one or two neat tricks under their sleeve, and then we are surprised at times by what eventually happens when the game is over with the final victor who gets all the money.

Not so surprisingly, Dae-gil learns a hard lesson from this tricky world full of danger and double-cross, but he is helped by two people he comes to care a lot about. Mi-na(Sin Se-kyeong), a girl on whom he had a crush before leaving his hometown, becomes another tarnished figure of his world when they come across each other again, but there is still a feeling between them, and Dae-gil wants to help her especially after learning how hard she has fallen to the bottom because of Dong-sik(Kwak Do-won), a cruel and ruthless gang boss who also has some history with Dae-gil.

In the case of Gwang-ryeol(Yoo Hae-jin), a pathetic one-armed gambler who once worked with Goni, he becomes a mentor to Dae-gil as teaching his young pupil several valuable professional lessons. The sequence in which he and Dae-gil work on their incidental target is one of the most amusing moments in the film thanks to brisk pace and snappy dialogues, and Yoo Hae-jin, who reprises his comic character from the previous film, brings lots of humor and life into that part as before.

The movie eventually arrives at the finale in which several main characters gather together for one big game to be played, and Kim Yoon-seok, who also reprises his role from the previous film like Yoo Hae-jin, has a relaxed fun with his expected appearance around this climax part. As a guy at the top, his character knows well the risk he is about to impose on himself and the others around him, but he takes it with amusement and some calculation while ready to strike anyone who dares to cheat him.

As shown in his previous film “Sunny”(2011), Kang Hyeong-cheol is a good director who can deftly handle story and characters, and he shows an efficient handling of many various characters to be rolled along the plot packed with a number of twists and turns for us. These characters may be broad, but they are colorful ones to remember, and they are well played by the good actors in the film. While Choi Seung-hyeon did a fairly competent job of carrying the film as its rather colorless hero, Kawk Do-won is simply despicable as the main bad guy of the movie, and Lee Honey and Sin Se-keyong are effective as two contrasting female characters around Dae-gil. Several minor but crucial supporting roles in the film are filled by a number of notable South Korean actors including Kim In-kwon, Oh Jeong-se, Lee Kyeong-yeong, and Go Soo-hee, and they also have their own moments to play something interesting.

Although it loses some of its energy and then becomes less compelling around its third act, “Tazza: The Hidden Card” is an enjoyable sequel which does not overstay its welcome despite its several weak points including a number of plot contrivances solely existing for its finale and its running time which is a bit too long. I do not think it is a better film than its predecessor, but it scores nicely in its own card-playing, so I will not complain considering a fair amount of fun I had with that. 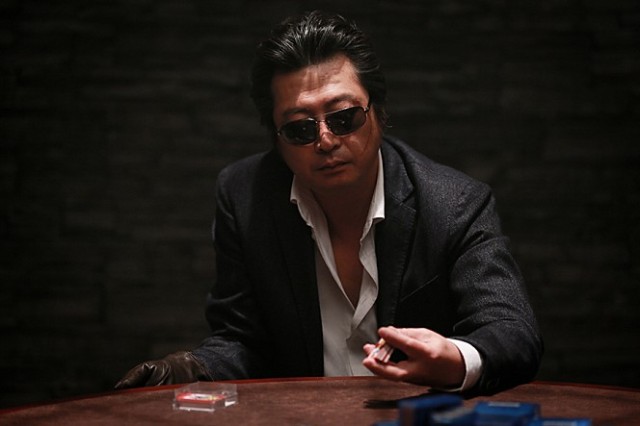 This entry was posted in Movies and tagged Gambling, South Korean Film. Bookmark the permalink.