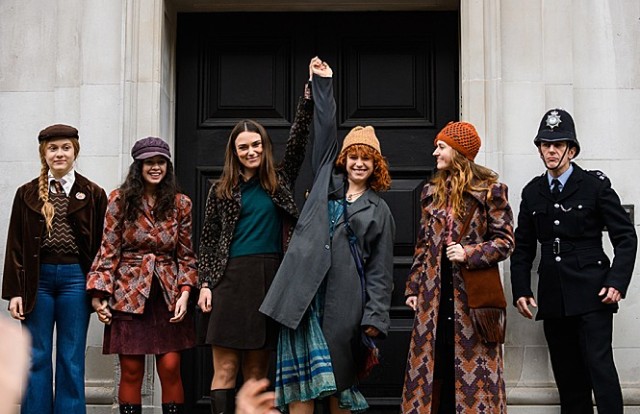 “Misbehaviour”, which went straight to video on demand (VOD) in UK after its premiere in this March but was released in South Korean theaters in this week, is a feel-good movie about one significant moment in the history of Women’s liberation movement. While cheerfully rolling its many different characters together to an expected climax, the movie makes some sharp points on gender issues which still feel relevant even at present, and it will surely remind you of how much the world has been changed for women during last 50 years – and why the world still needs to be changed more for true gender equality.

Set in London, 1970, the story of the movie, which is inspired by a real-life story associated with the 1970 Miss World competition, is mainly told through the viewpoint of Sally Alexander (Keira Knightley), a young divorced mother determined to make a fresh start for her life. As sincerely supported by her caring boyfriend who usually takes care of their home and her daughter instead, Alexander applies for the enrollment in one of the prominent colleges in London, but it is goes without saying that she is not regarded that highly by a bunch of guys who are going to determine whether she can study there or not. She is eventually allowed to start her education course there, but she often finds herself underestimated and disregarded by not only male students but also her professor, and that certainly frustrates her a lot.

Meanwhile, Alexander voluntarily joins an association for the ongoing Women’s liberation movement, and that is when she comes across Jo Robinson (Jessie Buckley), a spirited and rebellious activist who is quite forthright in her attitude and behavior. While their first encounter is not that pleasant, Alexander and Robinson subsequently come to hang around with each other more after Robinson’s another act of defiance in public, and Alexander soon finds herself helping Robinson and her fellow activists a lot more than expected. 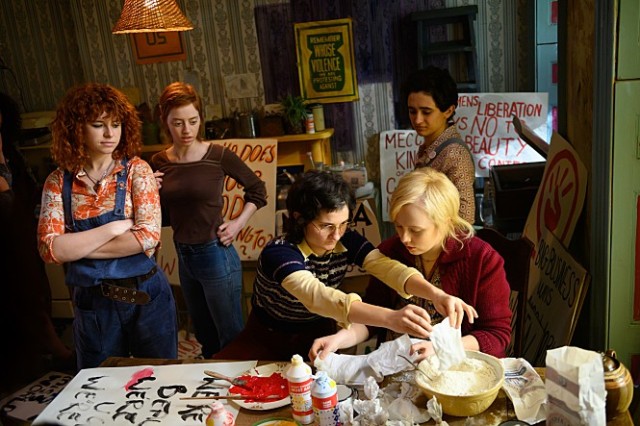 For spreading their feminist ideas and messages more widely in public, they need to commit something big and sensational enough to draw the attention of the media and the public, and the upcoming Miss World competition looks like an ideal target. After all, the event in question represents many things they abhor including the male objectification of female body, and, above all, the whole world is going to watch it via live TV broadcast.

While Alexander, Robinson, and other fellow activists prepare on what they are going to do at the Miss World competition, the movie also focuses on several other main characters who happen to be on the opposite position. As the founder of the Miss World competition, Eric Morley (Rhys Ifans) is not so pleased with the growing protests from female rights activists, and he has another headache as being criticized a lot for allowing South Africa to participate in the competition despite its ongoing apartheid policy. He eventually makes an exception as having South Africa send one Caucasian competitor as well as one African competitor, but the situation still does not get better to his dismay.

We also get know some of those beautiful young women who happen to compete with each other for becoming the next Miss World. Although it seems she does not have much chance due to her race and nationality, Jennifer Hosten (Gugu Mbatha-Raw) is still quite determined to do as much as possible nonetheless, and she also comes to bond with some of other competitors including that African competitor from South Africa, who is delighted with many things she experiences for the first time but also often feels pressured by the limits forced upon her by the South African government. 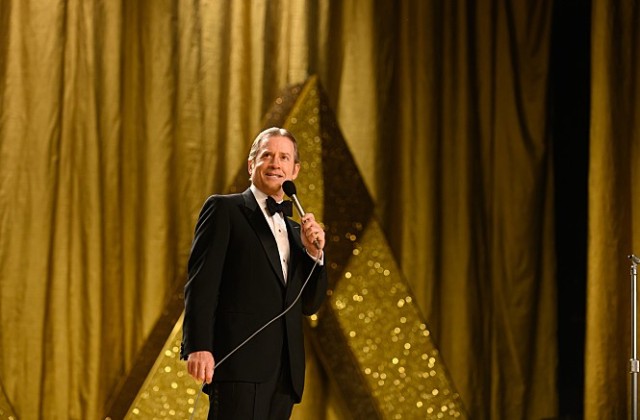 And there is Bob Hope (Greg Kinnear), a famous American comedian who agrees to host the Miss World competition again despite the objection from his wife Dolores (Lesley Manville). Casually wielding his misogynistic words in front of others, Hope is eager to be surrounded by sexy and beautiful women on the stage again, and Dolores becomes silently exasperated as being bitterly reminded of what happened shortly after when her husband hosted the competition 10 years ago.

While balancing itself well between several different plot lines, the screenplay by Gaby Chiappe and Rebecca Frayn, which is based on Frayn’s story, diligently accumulates its narrative momentum, and then there eventually comes a dramatic moment unfolded in the middle of the competition. Believe or not, Hope did say such nasty and deplorable things at that time, and I must say that this prick richly deserved what happened next.

Under director Philippa Lowthorpe’s competent direction, the main cast members fill their respective spots without overshadowing each other. While Keira Knightley dutifully holds the ground, Jessie Buckley and Gugu Mbatha-Raw, who have been two of the most interesting British actresses during recent years, are commendable in their more colorful roles, and the other notable cast members including Rhys Ifans, Lesley Manville, and Greg Kinnear are fine in their substantial supporting roles.

Although it feels a bit too plain and earnest from time to time, “Misbehaviour” is fairly entertaining and enlightening in addition to accomplishing its missions well on the whole. In my humble opinion, we still need a lot more female films considering that gender bias and prejudice are still prevalent in movie industry, and I am glad to see another good female drama movie which deserves some appreciation for its good qualities. 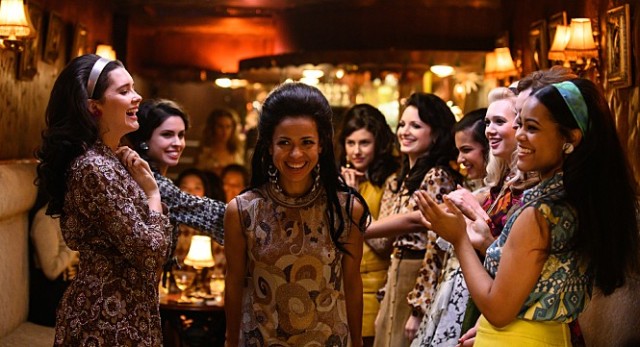 This entry was posted in Movies and tagged Comedy, Real-life figure, Real-life story. Bookmark the permalink.