Netflix documentary film “A Secret Love”, which was released in last Wednesday, is an intimate portrayal of a longtime couple who endured and prevailed together for many years as deeply loving each other in secret. While their long story of love is certainly touching to say the least, it is also poignant to observe how they try to move onto what will be the last chapter of their life, and I must say that I was moved particularly by what is shown around the end of the documentary.

In the beginning, we are introduced to Terry Donahue and Pat Henschel, two old ladies who have lived with each other for more than 60 years. Although Terry and Pat prefer to continue to live in a house where they have resided together for more than 20 years, Terry’s physical condition has unfortunately been worsening due to Parkinson’s disease, and it is clear that Pat may not be able to take care of her lifelong partner someday. They actually consider moving back to Terry’s hometown in Canada, and that looks like a good choice considering that they will be near where Terry’s family members live, but Pat is not so eager about that mainly because of its cold weather.

In contrast, Terry and Pat do not hesitate after deciding that they should tell Terry’s family members about what they have not revealed for many years. To many of Terry’s family members including Terry’s favourite niece Diana, Pat has simply been a very close friend of hers who just happens to live with her for convenience and companionship, and Terry even denied her romantic relationship with Terry when Diana asked her about that a long time ago, but, as seeing how things have changed during last six decades, she and Pat finally choose to come out of their closet.

Not so surprisingly, not only Diana but also Terry’s other family members do not have much trouble with accepting what they never knew about Terry and Pat, and then we hear about how things were quite hard and difficult for them and many other homosexual folks in the past. Around the time when Terry and Pat came across each other for the first time and then instantly fell in love with each other, homosexuality was widely regarded as sin or crime, and Terry and Pat had to be very careful about their relationship during that time. When Terry introduced Pat to her parents, they certainly did not say anything about their relationship, but Terry later tells us that her father, who was quite warm and generous to Pat as if she had been another daughter of his, probably knew what was going on between his daughter and Pat.

Both Terry and Pat were eager to escape their rural hometowns in Canada as entering adolescence, and we hear a bit about how they came to have a chance for that. Not long after the All-American Girls Professional Baseball League was established in US in the middle of the World War II, Terry, who was a very good softball player, came to join one of the female professional baseball teams, and she was in fact one of those distinguished female baseball players who became the source of inspiration for, yes, “A League of Their Own” (1992). She also later tried ice hockey, and that was how she met Pat, who was also an athlete with considerable skill and potential at that time.

Although they were initially not so sure about what they felt between themselves, Terry and Pat eventually got far closer to each other, and they subsequently moved together to Chicago, where they could have more freedom despite still being as discreet as before. On the surface, they were merely two co-workers who also happened to be roommates, and they reminisce about how they had to look normal as much as possible for hiding their relationship behind their backs in front of others around them. 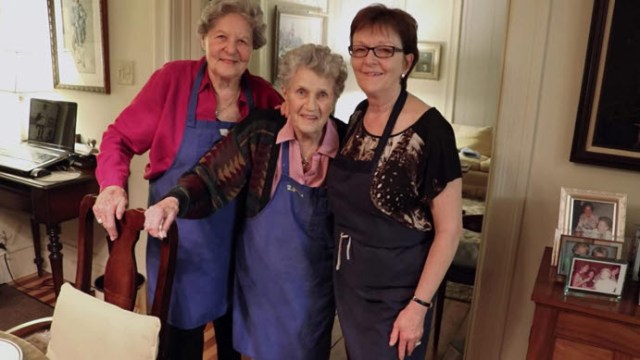 While skillfully presenting Terry and Pat’s long history via the mix of archival photographs and grainy home video clips, director Chris Bolan, who is one of Terry’s great nephews, also focuses on how Terry and Pat cope with the inevitable change in their remaining years. As Terry’s physical condition becomes more deteriorated day by day, Diana naturally becomes quite concerned about Terry and Pat, so she tries to help them find a suitable nursing home, but then she finds herself conflicting a lot with Pat, who still does not want to go to a nursing home even though she also gets older and more fragile just like Terry. At one point, she and Diana happen to clash with each other in front of the camera, and both of them certainly look hurt while Terry is helplessly stuck between them.

In the end, Pat and Terry come to move to a nearby nursing home, where they incidentally happen to be the first lesbian residents. As they subsequently adjust themselves to their changed status, they become more comfortable about their relationship in front of others, and we accordingly get a sweet and sincere moment as they finally become a legitimate couple while congratulated by their family members and friends.

On the whole, “A Secret Love” is a moving documentary which presents its two main human subjects and their loving relationship with lots of respect and affection, and it is one of more engaging documentaries presented by Netflix. To be frank with you, I always appreciate good documentaries about good people, and this is surely a prime example I am willing to present to you. 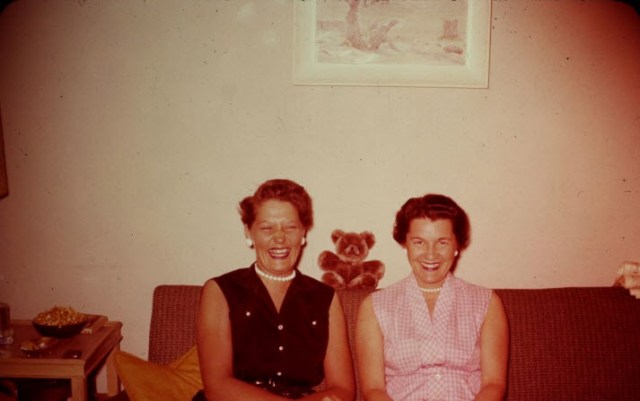