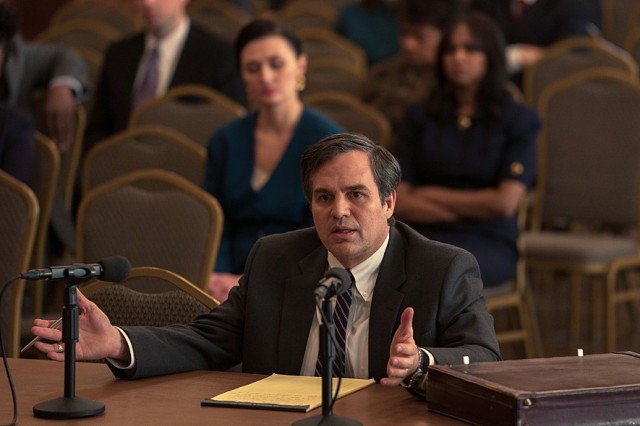 As watching Todd Haynes’ latest film “Dark Waters” at a local movie theater on this Wednesday evening, I mused a bit on when I heard about Teflon for the first time. It was probably when I learned elementary cooking during my middle school years in the late 1990s, and I still remember well how convenient those Teflon frying pans looked.

However, as some of you remember, it turned out around the 2000s that Teflon contains a substance potentially hazardous to environment, and the movie, which is based on the 2016 New York Times Magazine article “The Lawyer Who Became DuPont’s Worst Nightmare” by Nathaniel Rich, shows us a long, frustrating legal fight for truth and justice. Patiently following its ordinary real-life hero’s difficult and exhausting struggle which took more than 15 years, the movie slowly accumulates its quiet anger toward his big opponent, and it eventually comes to us as a powerful legal drama about how much an individual may pay for doing right things – and why we should do right things despite that.

After the opening scene which will feel more chilling along with the story, the movie introduces us to Robert Bilott (Mark Ruffalo), a corporate defense lawyer who works for a prestigious law firm in Cincinnati, Ohio in 1998. When he is about to finish another big job of his in front of the senior partners of his law firm, he is unexpectedly approached by Wilbur Tennant (Bill Camp), a gruff middle-aged farmer from Parkersburg, West Virginia who comes to see Bilott as recommended by Bilott’s grandmother. Tennant believes that a big chemical factory owned by Dupont is responsible for the seemingly inexplicable death of 190 cattle in his farm, but no lawyer in his area is willing to sue DuPont, so he comes to Bilott with a stack of video tapes showing how his cattle suffered and then died. 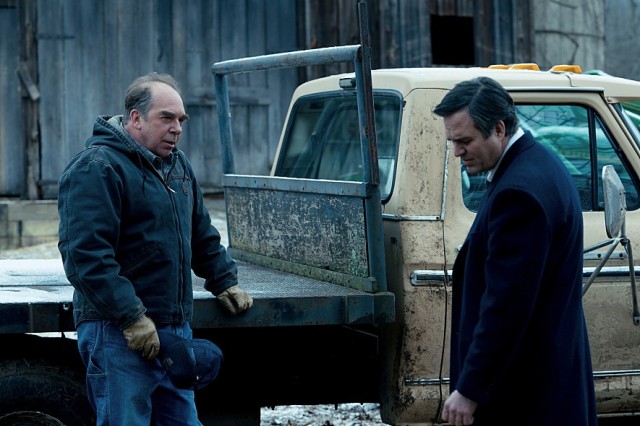 Mainly because he is not an expert on environmental law, Bilott is not so reluctant to take Tennant’s cast, and neither is his law firm, which has incidentally represented many big chemical manufacturing corporations such as Union Carbide and has also been eager to represent DuPont someday. Anyway, he subsequently files a small legal suit against DuPont for legally gaining more information on the possibility of environmental hazard, and DuPont does not seem to mind that at all.

However, of course, it does not take much time for Bilott to sense something fishy. While it looks like DuPont has not committed anything serious to be investigated by United States Environmental Protection Agency (EPA), what Bilott witnesses from Tennant’s farm clearly shows him that something has been really wrong due to that big DuPont chemical plant, and then, as perusing documents as usual, he comes to notice a chemical substance which is simply called PFOA or C-8 on paper. When he tries to delve deeper into this matter, DuPont becomes quite more hostile, and it sends an overwhelming amount of documents when Bilott merely requests a bit more documents. The message is pretty clear to Bilott and his law firm: Don’t mess with us.

Nevertheless, that does not stop Bilott at all. He decides to look into those numerous documents for many days and nights, and he eventually discovers what DuPont has been trying to hide from him and the public. For several decades, DuPont has been well aware of that PFOA, which turns out to be a key chemical substance in the manufacture of Teflon and many other products in our daily life, is environmentally toxic and hazardous, but it has hidden this alarming truth from the public just because it has earned billions of dollar from making Teflon. 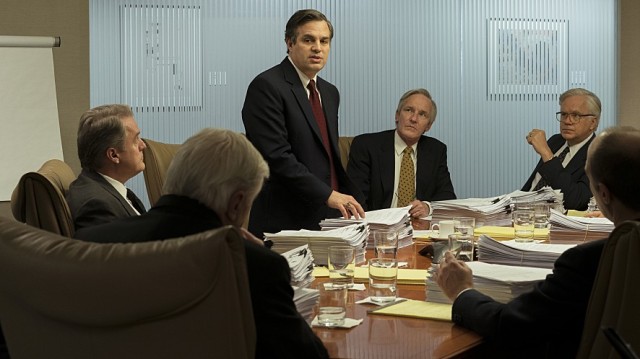 With the strong support of Tom Terp (Tim Robbins), the managing partner of his law firm, Bilott is ready to go further for his client and many other people in Parkersburg, but then he comes to discern how willing his opponent is trying to block him and keep hiding the truth by any means necessary. Whenever he goes forward a bit, he always finds himself pushed and pressured hard by his opponent, and his mind and body become more burdened day by day as his legal battle against DuPont is extended a lot longer than he has ever imagined. More occupied with this legal battle of his, he finds himself quite estranged from his wife Sarah (Anne Hathaway), who understands well the importance of his job but cannot help but exasperated during one private scene between them later in the film.

Compared to his previous films including “Far From Heaven” (2002), “I’m Not There” (2007), and “Carol” (2015), “Dark Waters” surely belongs to a different territory, but Haynes competently handles the adapted screenplay by Mario Correa and Matthew Michael Carnahan, and his crew members including cinematographer Edward Lachman did a solid job of establishing the calm but subtly tense ambience on the screen, which is reminiscent of those dry but compelling American thriller drama films in the 1970s. As the tenacious moral center of the film, Mark Ruffalo, who also participated in the production of the film, gives an effective low-key performance which conveys well to us his character’s growing exhaustion and frustration, and he is supported well by a number of notable performers including Tim Robbins, Anne Hathaway, Victor Garber, Mare Winningham, Bill Pullman, and Bill Camp, who is poignant and harrowing in his crucial supporting role.

On the whole, “Dark Waters” is engaging for several reasons besides its important social/environmental messages, and it deserves to be compared to other similar films including Steven Zaillian’s “A Civil Action” (1998). It may be a minor work in Haynes’ impressive career, and he does here as much as he is required to do for presenting the story and characters well, and I appreciate that. 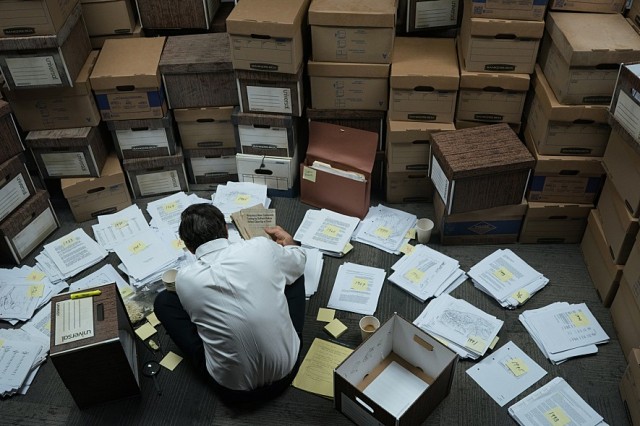