“Queen & Slim” is a little crime romance drama which follows the footsteps of “Bonny and Clyde” (1967) and many other similar films while also presenting its own mood, ideas, and sensibility. As a foreign audience outside the American society, I only observed its story and characters with mild curiosity and fascination, but I admired its skillful aspects and its interesting exploration of certain social subjects at least, and a number of haunting moments in the film have grown on me since I watched it yesterday.

The movie opens with a plain blind date at a diner located somewhere in Cleveland, Ohio, and we observe the ongoing interaction between two young African American people who happen to meet each other via an online dating application. The young man, played by Daniel Kaluuya, is willing to talk about himself more, but the young woman, played by Jodie Turner-Smith, is not particularly interested in moving onto the next step along with him while sensing how much they are different from each other, and their date is soon ended as he is taking her back to her residence by his car.

They promptly decide to run away to New Orleans, Louisiana for getting some help from the young woman’s uncle, who may help them escaping the country in addition to providing them a temporary shelter. Although it turns out that the relationship between the young woman and her uncle is not so friendly to say the least, her uncle does help her and her fellow fugitive a lot nonetheless, and it seems our young runaway couple have a fairly good chance of evading the police and FBI and then leaving the country.

Leisurely following their desperate getaway, the screenplay by Lena Waithe, which is based on the story by her and her co-writer James Fredy, comes to focus more on the gradual relationship development between the young man and the young woman. While there are initially some moments of conflict between them due to their considerable personal difference, they come to bond with each other more as running away from the police together, and we are not so surprised when she later reaches to him for some emotional support and then he actively responds to her. 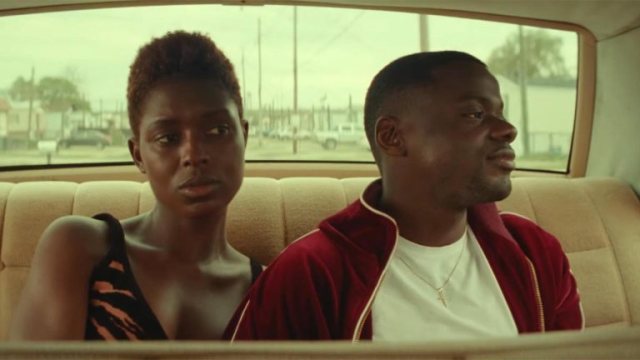 Meanwhile, as the hunt for them is turned into a big national new, they become sort of folk heroes to many African Americans who have been angry about the frequent police brutality upon them. Most of African Americans they happen to encounter willingly turn a blind eye to them, and there is a little amusing moment when they are asked to pose for a photograph, which subsequently makes them more famous than before.

Of course, the movie eventually arrives at a point where its two lead characters face an inevitable moment of fate, but director Melina Matsoukas, who was mainly known for her award-winning music videos before making this feature film debut of hers, steadily maintains the slow narrative pacing of her film as before, and her crew members including cinematographer Tat Radcliff continue to provide us lyrical visual moments full of sense of place and people. In case of Kaluuya and Turner-Smith, these two talented performers carry the film well together via their compelling duo performance, and a number of supporting performers in the film including Bokeem Woodbine, Chloë Sevigny, Flea, and Benito Martinez are also fine in their distinctive supporting parts.

In conclusion, “Queen & Slim” is another notable debut work of last year, and Matsouskas shows us here that she is a good movie director who does know how to engage audiences via mood, storytelling, and performance. Although I must confess that I am not as enthusiastic about it as some other critics, it surely deserves to be compared with its many other predecessors besides “Bonny and Clyde” and “Badlands” (1973), and I will surely revisit it someday for appreciating it more. 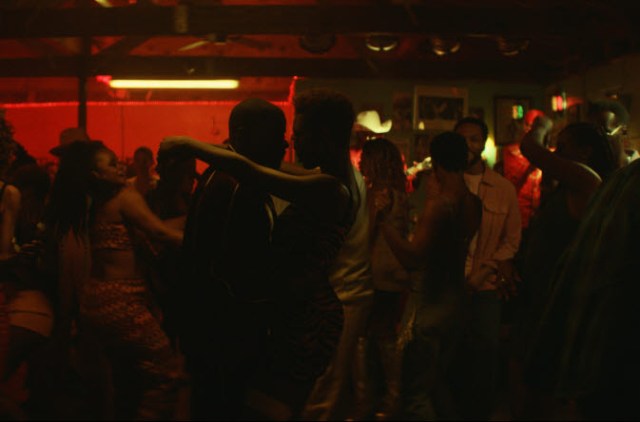 This entry was posted in Movies and tagged Crime, Race, Romance. Bookmark the permalink.