“Timmy Failure: Mistakes Were Made”, which is currently available on Disney+, is a witty and whimsical comedy film which will entertain not only its target audiences but also other audiences out there. While it is as broad and simple as you can expect from the adaptation of a popular children’s book series, the movie has lots of wit and charm on the whole, and I came to enjoy its numerous quirky moments more than expected in addition to cheering a lot for its little young hero.

At the beginning, we are introduced to Timmy Failure (Winslow Fegley), an 11-year-old boy who has lived alone with his single mother Patty (Ophelia Lovibond) in a neighborhood of Portland, Oregon since his father walked away from them several years ago. While he does not hang around much with other kids in his school, Timmy has an imaginary 1500-pound (around 680-kg) polar bear friend named Total, and he and Total have run a detective agency in his imagination while looking for any case to be solved in the neighborhood, which seems to be full of crimes and bad guys according to his imaginative viewpoint.

The main source of humor comes from how serious Timmy is about running his agency, which is incidentally named Total Failure Inc. He really wants to help his economically struggling mother, and he firmly believes that he will earn lots of money for her as solving more cases. When he receives a small request from one of his schoolmates, he is absolutely serious about that, and that incidentally reminds me of how I have often amused others around me with my stiff and serious attitude as deadpan as Timmy’s.

Usually busy with her work, Patty lets her son be himself with his imaginary world, though that often results in some headaches for not only her but also his schoolteachers. In case of Timmy’s classroom teacher Frederick Crocus (Wallace Shawn), this grumpy old dude constantly gets annoyed and frustrated thanks to Timmy, and we are not so surprised when he finally reaches to a breaking point later in the story. In case of Timmy’s school counselor Mr. Jenkins (Craig Robinson), he is more tolerant of Timmy’s quirkiness despite being disregarded by him during their first meeting, and he actually encourages Timmy to do more detective work, while also indirectly making him more interested in doing study and homework.

We also get to know several notable classmates around Timmy. Although he recently stopped working along with Timmy, Charles “Rollo” Tookus (Kei) finds himself associated with Timmy again, and there is a little amusing scene where they try to go inside a certain big bank as wearing ridiculous disguise. While it is clear to us that Molly Moskins (Chloe Coleman) has had a crush on Timmy, Timmy is too occupied with his detective work to notice that, and it subsequently turns out that he has some uncertain feelings toward Corrina Corrina (Ai-Chan Carrier), whom he has regarded as a sort of arch-nemesis connected with anything criminal in the city.

And then Timmy faces what may be the biggest trouble in his whole life. For going around here and there in his neighborhood, he has used a segway which his mother recently got for free by chance, but that segway is suddenly disappeared while he is working on another case, and he must find it as soon as possible before his mother comes to see what happened to that segway.

Meanwhile, Patty becomes quite friendly with a police officer named Crispin (Kyle Bornheimer), and Timmy is not so pleased about this change. Although Crispin turns out to be more generous and magnanimous than he seems, Timmy continues to be hostile and watchful to this nice guy because, well, he cannot trust any police officer as your typical gumshoe dude. 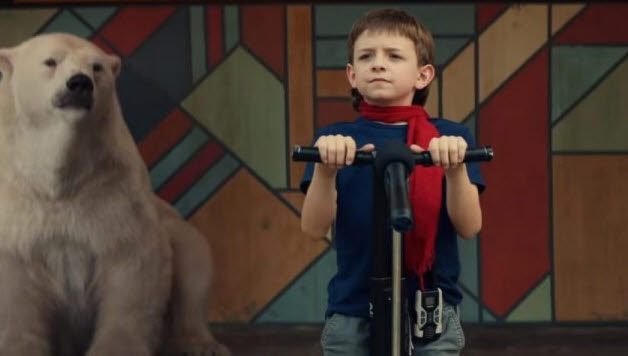 The mood becomes a little more tense and serious when our young hero has to face some dose of harsh reality, but the movie, which is based on Stephan Pastis’ popular children’s book series of the same name, does not lose any of its quirky spirit as gliding from one funny episodic moment to another, and director/co-producer/co-writer Tom McCarthy, who writes the adapted screenplay with Pastis, did a good job of maintaining the dry but cheerful sense of humor around our young hero and other characters around him. Yes, they are indeed more or less than broad caricature figures, but they are presented with enough sensitivity and personality at least, and we even come to accept the frequent presence of that big polar bear although we know well that it is merely a piece of our young hero’s boundless imagination.

It surely helps that the main cast members play straight as much as possible. While Winslow Fegley, who is the younger brother of Oakes Fegley, brings considerable plucky spirit to his character, the other young performers in the film including Ai-Chan Carrier, Kei, and Chloe Coleman are effective in their respective roles, and several main adult performers including Ophelia Lovibond, Craig Robinson, Kyle Bornheimer, and Wallace Shawn provide extra colorfulness to the story.

Compared to McCarthy’s previous film “Spotlight” (2015), which garnered the Best Screenplay Oscar for him besides winning the Best Picture Oscar, “Timmy Failure: Mistakes Were Made” may look frivolous in comparison, but it distinguishes itself well compared to other similar films for children thanks to the good efforts from McCarthy and his cast and crew members. In short, this is not a failure at all, and it is certainly another solid entertainment from Disney+. 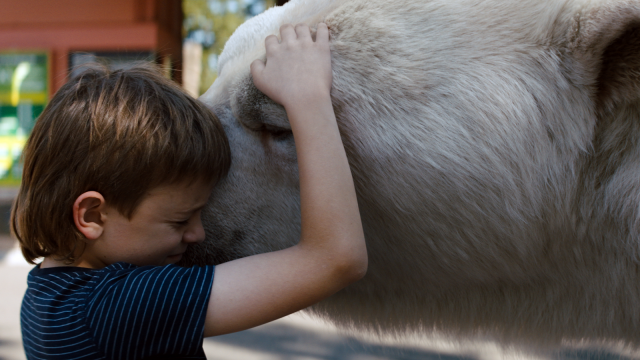 This entry was posted in Movies and tagged Comedy, Coming-of-age drama, Elementary School, Fantasy, Mother and Son. Bookmark the permalink.