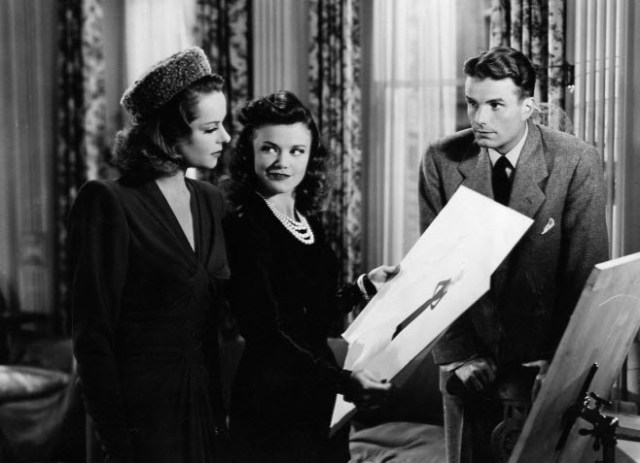 “Cat People” is a little classic B-horror film which creeps us out as demonstrating well the value of our fear and dread on whatever is lurking there in darkness. Although we do not see much of what scares its main characters, the movie lets our imagination do the job via its succinct but undeniably effective storytelling approach, and that is why it has remained as one of the creepiest horror films in the movie history even though it was made more than 75 years ago.

Like many of good horror tales, the movie starts with a seemingly mundane setup. When a beautiful Serbian woman named Irena Dubrovna (Simone Simon) is repeatedly drawing sketches in front of a caged black panther at a zoo, she happens to be spotted by a handsome dude named Oliver Reed (Kent Smith), and they soon come to have a Meet Cute moment. As subsequently spending more time with Irena, Oliver becomes more attracted to Irena, so he eventually proposes to her, and she accepts her proposal although she seems a bit reluctant at first.

Of course, it gradually turns out that there is something wrong about Irena. At one point, Oliver buys her a kitten, but then the kitten becomes quite hostile to her for some reason, so he gives a canary bird to her instead, but that leads to a rather disturbing moment. During her engagement party at a restaurant, she is approached by a mysterious Serbian woman, and she is quite disturbed by what that woman says to her in their native language. 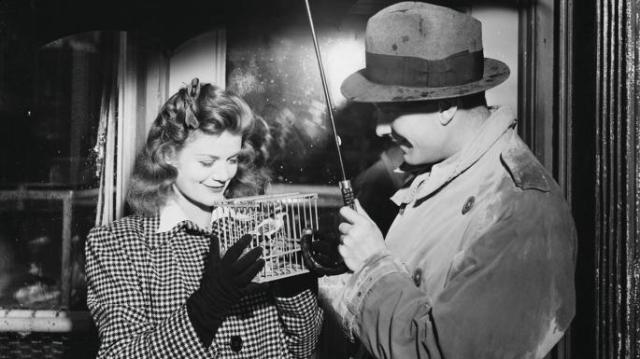 Irena eventually confides to Oliver on what has terrified her for years. According to a folk tale in her hometown, there were once a bunch of devil worshippers who could be transformed into big cats, and they were subsequently vanquished by a heroic king, but there were a few survivors who came to hide and then live in forests. Irena believes that she is a descendent of these evil figures, and she says that she will be transformed into a murderous cat if, as a man who really loves her, Oliver ever tries to get closer to her in physical ways – of if she becomes quite jealous and angry.

Of course, Oliver does not believe much what Irena tells him, and he comes to seek help from Dr. Louis Kudd (Tom Conway), a lofty psychiatrist who embarks on your average Freudian analysis on Irena. There is a visually striking moment when Irena’s face is lighted alone in the middle of the dark screen, and we later get a rather amusing moment which uses animation for depicting whatever is churning on the unconscious level of her increasingly troubled mind.

Meanwhile, the situation gets more complicated as Oliver finds himself leaning more on Alice Moore (Jane Randolph), who has had a crush on him for a long time. While trying to be patient with his wife, Olive gradually gets emotionally involved more with Alice, and Irena is not so pleased at all when she later finds out what is going on between her husband and Alice.

Around that narrative point, the movie gets creepier than before as providing a number of spooky moments to remember. There is a tense nocturnal scene where Alice walks alone for a while and then becomes unnerved by whatever seems to be following her, and it is eventually punctuated by a brief shot suggesting something moving inside a bush. In case of an unforgettable moment unfolded around and in a swimming pool, we do not see much of whatever is lurking in darkness, but, thanks to the succinct but undeniably effective utilization of light, shadow, and, yes, a sound of growling, the sense of fear and dread feels palpable to us. 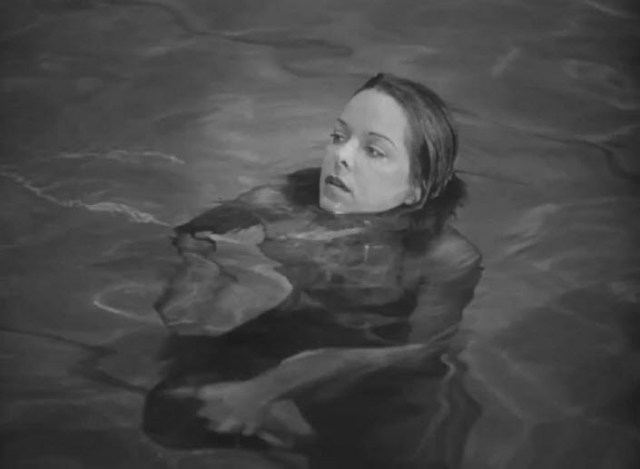 There are a few moments directly revealing to us what disturbs Irena and other characters around her, but the movie mostly depends on the power of suggestion as wisely avoiding showing too much of that. During the eventual confrontation between Irena and her psychiatrist around the end of the story, we can clearly sense what is happening even though it merely shows her face with a bit of visual effect, and what is presented next is quite intense even though it is mainly conveyed to us through the silhouettes projected on the wall.

The movie, whose enormous box office success saved RKO studios from the big financial failure of Orson Welles’ “The Magnificent Ambersons” (1942) (As a matter of fact, the movie used the same staircase set from that film), was the first collaboration between director Jacques Tourneur, who would later move onto classic noir film “Out of the Past” (1947), and producer Val Lewton, who subsequently produced a string of notable B-horror films for RKO Studios such as “I Walked with a Zombie” (1943), “The Leopard Man” (1943), “The Curse of the Cat People” (1944) and “The Body Snatcher” (1945). Although “Cat People” and most of these movies were produced with the budget of under $150,000, Lewton and his directors were allowed to have considerable creative freedom instead, and he brought his own style and sensibility to these films as their de facto auteur. Unfortunately, after this very productive period at RKO Studios, Lewton’s filmmaking career somehow went down, and he died of heart attack a few years later (He was only 46 at that time, by the way).

Although it is not as terrifying as it was when it came out, “Cat People” is still a compelling masterwork in terms of mood and style, and it also has some sad poignancy generated from its disturbed heroine who is simply scared and helpless in front of what makes her tick. Irena does try not to be alone, but, alas, nobody believes her words until it is too late, and you will feel sorry for her as observing the bitter irony from the last line of the film. 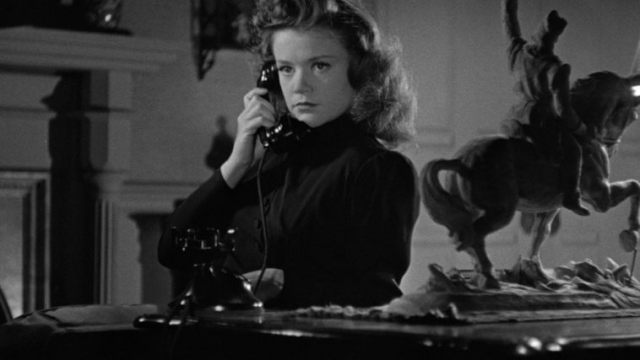 This entry was posted in Movies and tagged Horror, Husband and Wife, Monster. Bookmark the permalink.