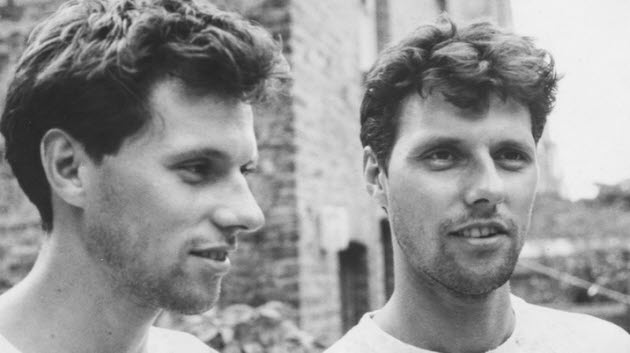 There are several unforgettable moments in Netflix documentary “Tell Me Who I Am”, which revolves around the past forgotten and then remembered two twin brothers. While it simply observes and listens to its two human subjects, their sense of loss and pain is palpable to us as we get to know more about how their life was shattered and then reconstructed more than once, and it is poignant to see how they come to confront their past through their deep bond and love.

At the beginning, we hear about how things were suddenly turned upside down for Alex Lewis, who had a motorcycle accident on one day of 1982 at the age of 18. When he later awakened at a hospital, he could not remember anything about his whole life except his twin brother Marcus, and Alex and Marcus respectively tell us how much Alex relied on Marcus during that difficult period. For example, he had to learn many things again including how to tie shoestrings, and he also had to get accustomed to being with his parents, who did not try to help him much while refusing to accept the nearly blank state of his mind.

Anyway, the situation got gradually improved for Alex as Marcus kept helping him everyday. He showed Alex a number of old photographs from their childhood years, and he also told his brother a lot about how happy they were with their parents during that time. Although he still did not remember anything at all about his last 18 years, Alex had no problem with believing whatever was told to him by his brother, and he soon became ready to begin his life again with his brother always standing by him.

However, as time went by, it turned out that there was some invisible gap between Alex and Marcus. When their father, who was often quite stern and irascible to his sons, was about to die several years later, he asked for forgiveness from his two sons, and Alex was willing to forgive his father, but Marcus flatly refused to do that. When their mother died around 5 years later, Alex felt sad for her death, but, as he frankly admits in front of the camera, Marcus did not shed any tear for her at that time.

When Alex and Marcus subsequently sorted out many things left by their mother, Alex was perplexed to come across the hidden sides of their mother which Marcus had never told him. For instance, he discovered a stack of gifts for him and Marcus in the attic of the house, and it was evident that their mother took away them from her sons and then hid them in the attic for a long time. In addition, he also found a hidden spot in his mother’s bedroom, and he soon came to see something quite disturbing to say the least.

For avoiding spoilers, I will now be more discreet on describing the second part of the documentary, which mainly focuses on what Marcus did not tell to his brother – and how that turned Alex’s life upside down again. Trying to cope with this changed circumstance of theirs, they subsequently wrote an autobiography, and then they moved onto the next step of their respective lives, but they have always felt a gap left to be filled between them, and their mutual bitterness is evident to us as they individually talk in front of the camera.

And we see how much they have been damaged in one way or another. While he luckily managed to restart his life again, Alex has been more obsessed with what he still cannot possibly remember, and he wants Marcus to tell everything to him, but Marcus is understandably not so willing to do that. Although he knows well that he cannot run away forever from what happened to him and his brother at a certain point of their childhood years, he does not want to go through it again while telling Alex about it, and his face full of reluctance and agony conveys to us a lot on why he chose not to tell Alex anything about it after Alex’s memories of past were completely wiped out by that accident. 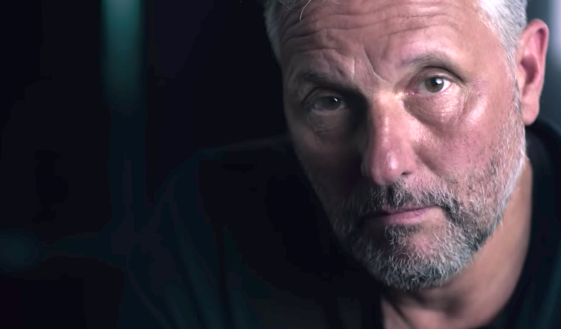 During the last part of the documentary, Alex and Marcus eventually face each other, and we observe how they tentatively take the first steps toward closure and healing. Although Marcus still remains reluctant to talk anything about what Alex wants to know, he respects his brother’s demand nonetheless, so he has his brother watch a video clip in which he confides everything to the camera in front of him, and we soon see Alex watching the video clip alone as Marcus looks at him from the distance.

Even during what can be regarded as the emotional highpoint of the documentary, director Ed Perkins, who was recently Oscar-nominated for his short documentary film “Black Sheep” (2018), steadily maintains its calm, restrained attitude, and he also did a skillful job of mixing Alex and Marcus’ interview clips with archival footage and a series of recreated moments. As Alex and Marcus tell more and more about what was forgotten and then remembered between them, we come to emphasize more with their respective emotional wounds, and then we are touched to see how they come to make peace with their past in the end.

On the whole, “Tell Me Who I Am” is worthwhile to watch for its intimate and harrowing examination of memory, trauma, and love, and it is certainly another solid Netflix documentary film of this year. It may look plain at first, but its earnest presentation of healing process is undeniably powerful, and the last moment between Alex and Marcus in the documentary will linger on your mind for a while when it is over. 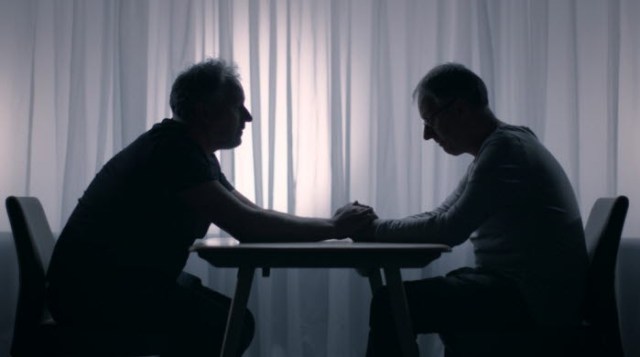